The interior of the automobile is vitally important, as it is the inner-sanctum that you will spend more time looking at that the exterior. Sometimes it is a strictly functional environment, such as that of a race car, or a luxurious cocoon to be shut off from the harsh outside world.

Just as the automobile itself is undergoing a wholesale evolution, at the behest of autonomy and electrification, the innards of the modern car are transforming as well. Here are ten examples which we think give the best indication of the direction that future cars will adopt when it comes to interiors. If Apple reconsiders its decision to enter the automotive market, we can only imagine they would create a stunning rethink of the modern auotomotive interior too. 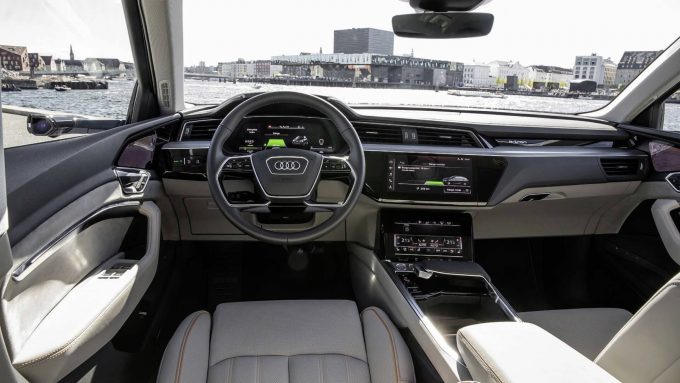 Audi’s first production electric car is months away from reveal, but already the company has shown the forward-thinking cockpit. Although it is similar to the A6,A7 and A8 which were recently revealed, it goes its own way with the first production car implementation of cameras and displays in lieu of outside rear-view mirrors (ORVM). The benefits are improved aerodynamics, as the wind no longer has to maneuver around the plastic mirror housings. 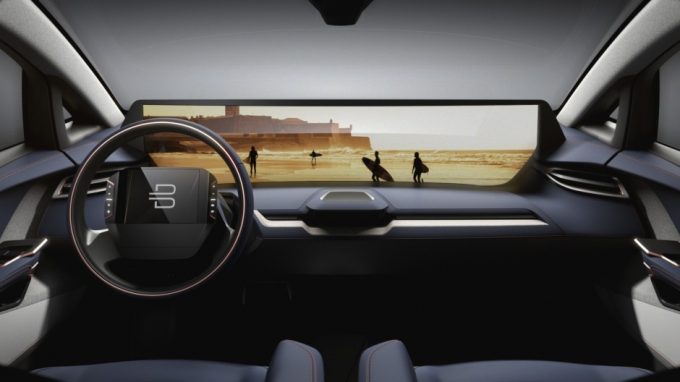 A new China-based brand, Byton aims to disrupt Tesla’s little slice of the electric car market and the notion that they are the number one EV brand. Think your car’s cool with its portrait-style 12.3-inch display? How about a whopping 50-inch display that spans the entire dashboard from driver to passenger side. Space maximisation is achieved by a flat, open-plan floor. There’s also biometrics, vital sign monitoring and a Citroen-esque fixed boss steering wheel with a screen. 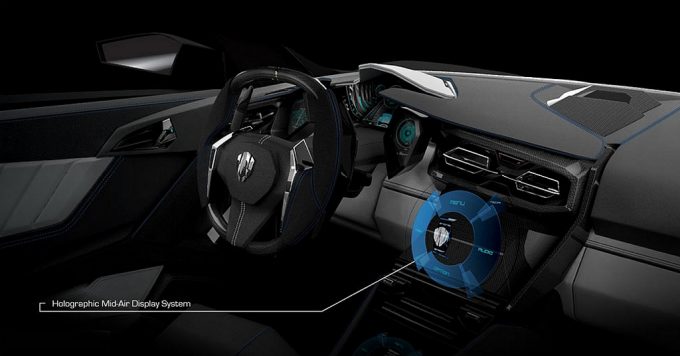 This one might take some time to spread around, but it seems that the next logical step from today’s in-cabin touch screens and tablets. Hologram technology is currently in its infancy, but that hasn’t stopped W Motors from fitting a holographic multimedia system, which seemingly ‘floats’ inside a cavity in the dash. In terms of progress, this might be to in-cabin holograms what the Buick Reatta and Mazda Cosmo CRT touch screens were in the late 1980s and early 1990s. Production Byton cars in the form of an SUV and sedan are scheduled to hit the market in 2019. 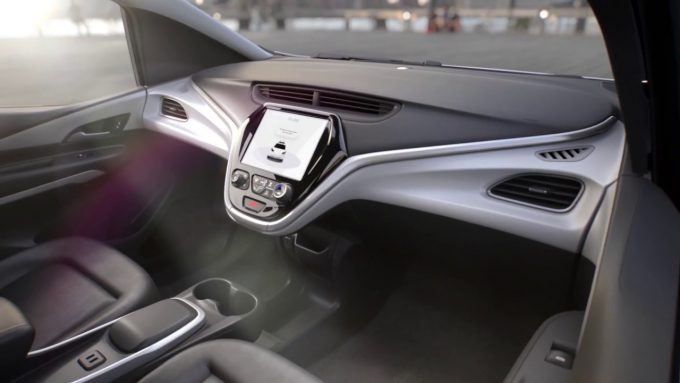 This is a very confronting sight to driving enthusiasts, as the Chevrolet Bolt-based Cruise AV is GM’s vision of the autonomous, ride-sharing future. The most obvious feature of this design is the lack of a steering wheel or driving controls, resulting in a symmetrical cabin with two front passenger seats. While Level 5 autonomy where no driver intervention or monitoring is required might be a long way off, development continues in earnest. 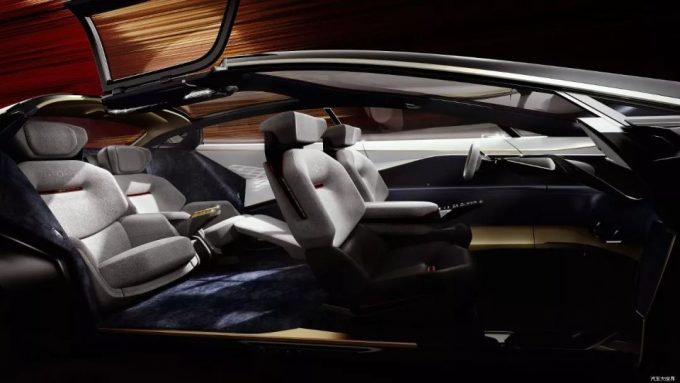 Aston Martin’s upper-luxury Lagonda division plans a revival next decade, with an electric sedan previewed by a concept at the 2018 Geneva Motor Show. Like the wedgy Lagonda sedan of the 1970s and 1980s, the new version pushes the envelope with a radical design. Being an electric vehicle means it features a cab forward design, with a uniquely textured, spacious luxury interior. The seats are trimmed in hand woven wool- a result of the company’s work with renowned English craftsman David Snowdon. A walk-through cabin is also possible thanks to excellent packaging. 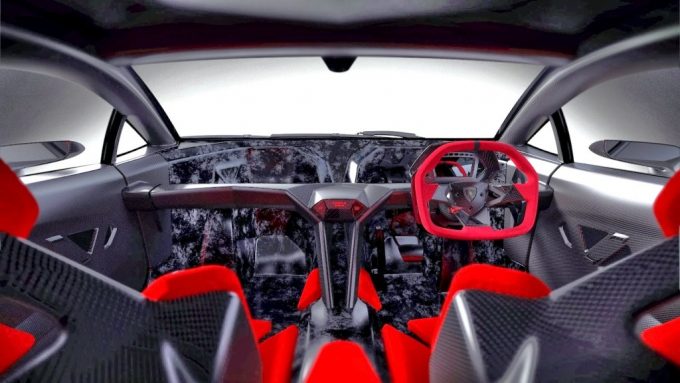 Although this limited-build car is six years old, it still sets amazing standards in terms of interior design thanks to its useof compacted carbon fibre, fixed seats and its unique emphasis on lightweighting. The 999kg hypercar remains the benchmark in terms of what is possible for a lightweight supercar interior. 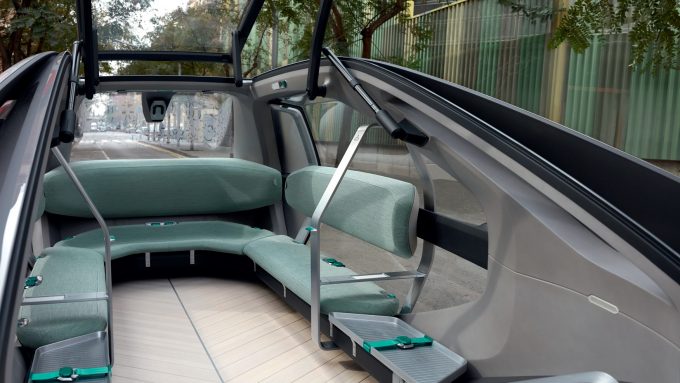 This concept is important as it represents the transformation of the car form a personal transportation device to a public, ride-sharing conveyance that bridges the gap between cars and metro trains. It can be summoned and you have the option of sharing with other occupants. Thus the cabin is an entirely-new rethink of what the autombile is, with a L-configuration lounge for occupants. 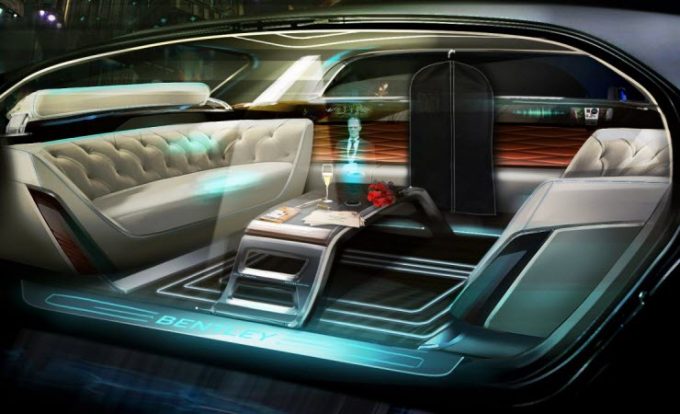 In 2016, Bentley showed an image of what the Bentley experience might look like in the autonomous age. Two sumptuous sofas facing one another with a bridge table in the middle create a warm, social layout, with a holographic butler at your beck-and-call.

The Nio ES8 electric SUV comes with a small artificial intelligence robot called Nomi. Nomi can interact with the drivery and passengers, adjusting their seat, steering wheel and climate settings and even take photos of the driver upon request. The characterful robot is just one of many measures car makers are hoping will instill personality into electric cars so that they have as much character as a conventional petrol vehicle. 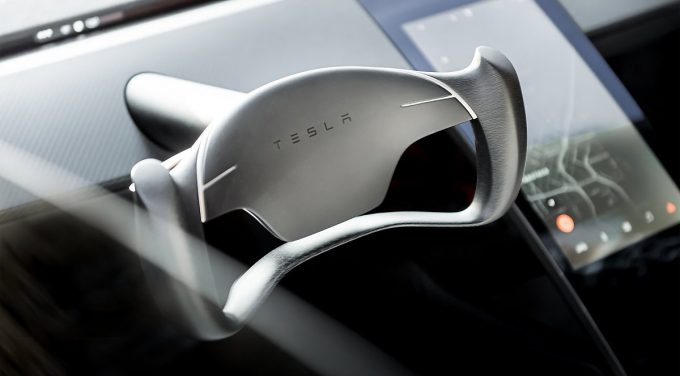 When it comes to interiors, Tesla has been at the forefront of interior design with the Model S, upcoming Model 3 and their semi trucks. The second Tesla Roadster, due in 2020 looks to push this to new frontiers, with an aircraft-inspired steering wheel and an even cleaner overall interior design.