Unless you’ve been hiding under a rock these last few years, you’ve no doubt heard of the Tesla Model S and the profound impact it has had on the automotive industry. Tesla has proven that an electric car needn’t be a joyless, impractical science experiment for the fringe dwelling geeks of society. On the contrary, as Tesla’s CEO Elon Musk enjoys a cult of personality rivaled only by the late Steve Jobs of Apple.

Although Mr Musk has recently found himself in hot water amid some controversial Tweets, almost every car manufacturer is lining up to join the battery electric vehicle (BEV) party- which was a stated goal when Tesla was founded 15 years ago.

The true mass-market Tesla, the Model 3 is over a year away from the Australian market which makes the current entry-level Tesla the Model S 75D we have here. It derives its name from its 75kWh battery pack and D for dual motor (AWD) system. We spent a considerable amount of time with the 75D, discovering the massive advantages it offers over a typical, combustion engined car, the downsides and also found more than our fair share of delightful “Easter Eggs” along the way.

Because the batteries are under the floor and the electric motors are contained entirely within the subframes, the Model S offers outstanding packaging efficiency. A completely flat floor means five adults can travel comfortably, unencumbered by a transmission tunnel. The arched roof might impinge on headroom if you are taller than average, but most adults will be well-catered for.

Storage room is even more astonishing, combining a 744 litre boot and 150 L ‘frunk’, large enough to necessitate an emergency open button from the inside for a trapped human. There is even a false floor in the back with enough room for a large duffle bag. We can’t think of any other car that makes better use of its space than the Model S. Seats aren’t exactly what you’d call plush, but they are decently supportive and offer sufficient adjustment. Don’t expect to find extendable cushions ala BMW, though.

Another big win here. The Tesla’s 17-inch LCD touch screen panel is still the biggest in the biz. Only Volvo’s portrait-oriented touch screen comes close, but it is a feeble 12.3-inches in size. It controls all the main functions of the car, including ride height, climate control, radio, navigation locking/unlocking and much more than we had time to explore. Some really cool aspects of it are its split screen design, the ability to turn the Model S avatar into Santa’s sleigh or The 007 Lotus Esprit submarine, as well as the hidden feature that turns the map terrain into Mars. All very neat and thoughtful touches that add character to the car.

The Model S is not operated like a conventional car- it is much simpler. A Mercedes-sourced gear selector stalk sits on the right of the steering column, with the indicator and wiper controls on the left. A separate cruise control lever resides underneath the indicator stalk, and helps you engage ‘Autopilot’ with two tugs towards you.

The Model S was recently treated to a mild facelift, with crisper headlamps and the deletion of its black plastic ‘grille’ the most notable features. To our eyes, the car has aged extremely well, being one of the most unique and recognisable shapes on the road. Small touches, such as the way the door handles extend to ‘greet’ you as you approach, the functionality of the interior and app integration are so well executed that even established prestige players have yet to catch up.

Possibly the only area where the Model S lags behind the Germans and Lexus, for example, is the quality of materials and the absence of ‘craftsmanship’. It still manages a sense of occasion without this, but obviously this is one area which could be improved in the future.

Ahh, yes- now we’ve come to the highlight of the car. A 0-100km/h time of 4.4 seconds is pretty extraordinary for an entry-level car, even if it’s 2.0-seconds off the pace of the $234,872 P100D, but it’s the instantaneous nature of the acceleration that makes it feel much, much faster. The relative silence of the drivetrain and sudden surge of power mean you can scare the living daylights out of passengers- even in this specification. It’s such intoxicating fun and gotta be on your bucket list if you’ve never driven an electric car before.

Since electric vehicles don’t need a transmission per se, you could be forgiven for thinking this paragraph is redundant -it still has a transmission lever with P,R,N and D, so not entirely. Operating this stalk takes some getting used to. We like how it obviates the need for a separate handbrake or on/off function, but to someone familiar with using a right-hand indicator stalk it could be all-too-easy to bump into neutral.

At nearly five metres long, with a tare mass of 2081kg, the Model S is no Lotus Elise around the bends, but grips and handles far better than it has any right to, thanks to its low centre of gravity and clever drivetrain. You could definitely call it a good handling car, but need to be mindful of its size limitations at 10/10ths, particularly with brakes. The stoppers are definitely up to the task, but take some acclimatisation – particularly with the regenerative function that replenishes the battery pack. Thankfully, you don’t get the sense that the chassis is unfit to handle the 75D’s power reserves, quite the opposite.

The steering is good in its directness and feel most of the time, but ‘organic’ is not a word you could use to describe it. It also gives the car a pretty bad turning circle around town, which the array of cameras go a long way towards making up for.

Starting with an electric car means less noise from moving parts to keep suppressed- only a faint and not unwelcome hum from the electric motors enters the cabin. It’s quite futuristic. Having a near-silent powertrain is a double-edged sword, as it means engineers must work doubly hard to quell tyre, wind and road noise. A drag co-efficient of just 0.24 helps the car scythe through the wind with minimal disturbance.

While ride can be a bit firm and some high amplitude bumps find their way into the cabin, it’s mostly well taken care of in this department.

This is the all-important section where you must consider if owning an electric car works for you—yet. An ever expanding array of high-voltage Superchargers can charge your nearly-empty battery in around an hour, while a normal DC 240V outlet can add 10km of range per hour. There are plenty of gaps to fill for the required infrastructure, but for a large cross-section of society, it is not only practical to own an electric car, but in many ways more convenient- especially when you factor in that most buyers will get a home charger installed, that adds 47km of range per hour.

When fully charged, the 75D has a range of 466km according to Tesla, but testing that spaceship-esque acceleration will have an impact on this. One handy feature integrated into the navigation system gives you a range estimate for when you arrive at your destination. Range anxiety isn’t completely vanquished, but it is slowly disappearing from the EV lexicon, but there is still a necessary aspect of planning ahead that comes with owning an electric car, which will diminish as infrastructure spreads.

Ever since its launch the Model S has set new standards for body rigidity and crash safety. Without the threat of a big motor coming through the firewall, passengers fare better than average in the event of an impact. The flipside of this is the increased risk of fires, which Tesla engineers have done a commendable job of minimising. In fact, over a combined 7.5 billion miles, only 40 car fires have ever occurred (source) , which means statistics are more favourable than a petrol-powered car- especially many Italian supercars.

Add in semi-autonomous Autopilot, autonomous emergency braking and its chassis competence and you have a very sound package. You can read the Model S ANCAP report here.

With a before-on-road price of $124,502, it’s not exactly the every man’s electric car that the much cheaper Model 3 will be. But if you look what it’s up against- high level variants of Mercedes-Benz E 400, BMW 540i and Audi A6 – it offers superior packaging, acceleration and the kind of gizmos you would expect on a BMW 7 Series, such as remote summoning. The one area it falls short is craftsmanship, but until those car makers inevitably catch up and launch rivals of their own, it feels like a laser in a sword fight.

Even in 2018, a few years after its initial Australian launch, the wow factor of the Model S remains intact. It is unlike anything else on the road at the moment and as the infrastructure becomes more abundant, owning an electric vehicle starts to make sense for more and more Australians.

It’s not for everyone- some might prefer the mechanical symphony of a fossil-fuel car, and others might prefer a bit more handmade quality but it could be the most groundbreaking car on the market today, with a profound talent for stretching people’s perceptions of what a car is capable of. 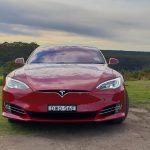 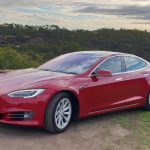 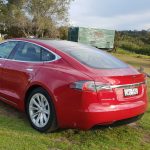 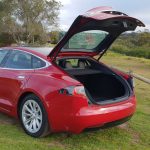 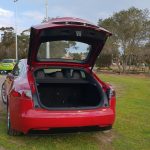 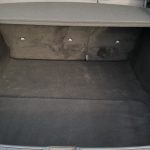 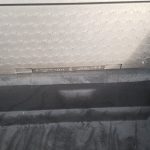 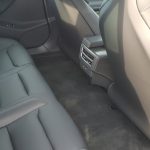 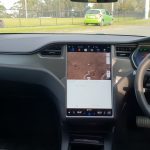 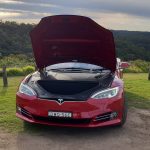 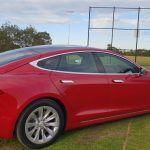 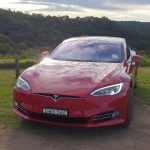 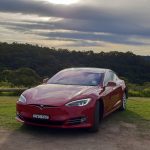