Police of Dubai will soon be taking to the skies in Star Wars-style hoverbikes, with electric power and a top speed of 70km/h. 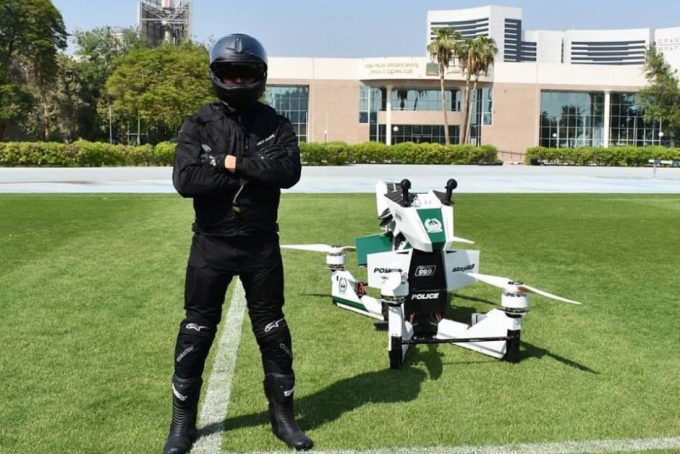 Dubai seems to be at the cutting edge of transportation technology, with Chinese company EHang trialling autonomous, ride-sharing passenger drones in the Middle Eastern paradise, plus robots and autonomous patrol vehicles already.

Showcased at the Gitex Technology Week conference, the Hoversurf Scorpion is a Russian-made hoverbike that can fly at an altitude of five metres, carry a police officer – supporting weight of up to 300kg – and has 25 minutes of flying time. CEO of Hoversurf Alexander Atamanov took to Facebook and Instagram to declare:

“Hoversurf & DUBAI POLICE SIGNED THE OFFICIAL MOU. And received an invitation to open mass production in the dubai area with the support of local authorities.”

For emergencies, the Scorpion has 6km of autonomous range too, where it can fly without police control. As a contrast, the EHang 184 for ride-sharing capabilities is an enclosed passenger drone, with an expected flying time of 30 minutes and a top speed of 160km/h.

Other technology being trialled by the Dubai Police Department includes an electric motorbike laden with 360-degree cameras for finding errant drivers.

What do you think? Itching to have a go? Tell us in the comment section below. In the meantime, check out the footage in the official Hoversurf video below.