Mercedes-AMG will play a starring role in the upcoming Justice League movie which hits cinemas later this year and includes big name actors such as Ben Affleck, Jason Momoa and Gal Gadot. 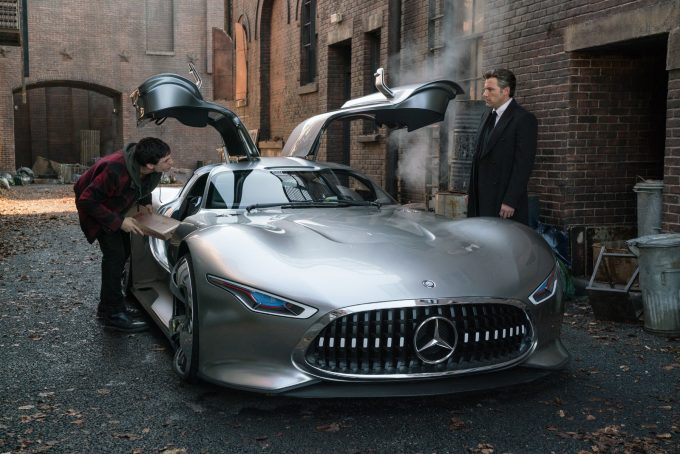 The Mercedes-AMG Vision Gran Turismo, initially created for the critically-acclaimed Gran Turismo game series, will feature as the vehicle of choice for Batman (played by Affleck), while a string of other models will also be featured throughout the film. Gal Gadot’s Wonder Woman character will drive a new E-Class Cabriolet, while a G-Class 4×4² will be tackling some rough terrain in various scenes.

As Ben Affleck is a rather tall actor at 6 feet 3.5 inches in height, the Vision Gran Turismo is a 110 percent scale of the car’s dimensions in the game, to ensure he can clear the gullwinged frame. For the transition from game to silver screen, Mercedes-AMG had to develop a more thorough vehicle including ambient lighting, racing buckets and a virtual dashboard.

Not to be confused with the Justice League Dark animated series, the latest in the DC Comics franchise will star Batman, Wonder Woman, Aquaman, The Flash and Cyborg.

A marketing campaign featuring Mercedes-Benz vehicles will be rolled out before the film’s November 17 release in cinemas.