Check out this Aussie-style ute based on the Hyundai Santa Fe, designed by Naish Chapman. With the SEMA show in Las Vegas in full swing, you could be forgiven this was one of the entrants. 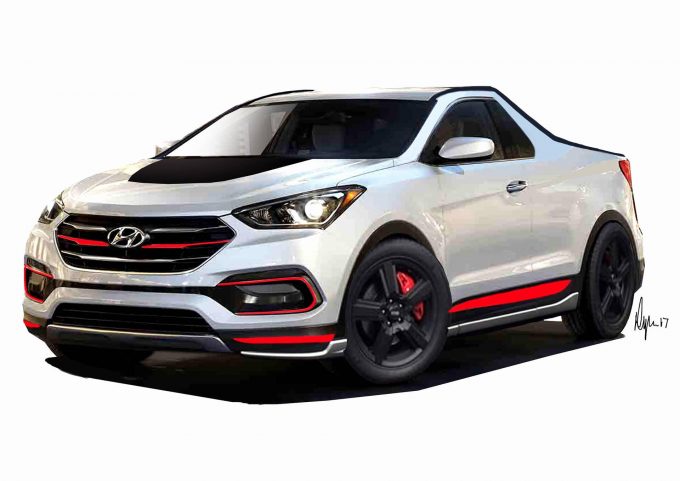 With recent reports that Hyundai is seriously considering getting into the ute game and the recent disappearance of the Holden and HSV utes, these renderings are a breath of fresh air and portray what an Australian-style ute in both single and dual cab forms could look like if the big H went down that path.

The utes in this rendering are more in the style of the Santa Cruz concept from the 2015 Detroit Auto Show and the Creta Pickup from the Sao Paolo Auto Show of 2016.

Powering the ‘Yoot’ would be the 3.3-litre twin-turbo ‘Lambda’ V6 that sees duty in the Kia Stinger GT and upcoming Genesis G70. In those applications, it develops 272kW and 510Nm, channeled through an eight-speed automatic transmission. This lifestyle-oriented tradie’s dream would certainly endear itself to scorned HSV Maloo customers with no suitable replacement to look forward to.

Hyundai is said to be working hard on a HiLux and Ranger competitor to hit the market towards the end of the decade, with a separate cab and styling potentially influenced by the Hyundai Fuel Cell Electric Vehicle (FCEV) and upcoming 2018 Santa Fe, that is currently testing around the Nurburgring. An Australian tuning program is all but guaranteed.

What do you think of Naish’s design? Tell us in the comments below and if you wish to commission some work by Naish, click here. 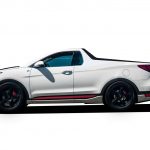 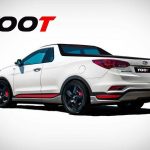 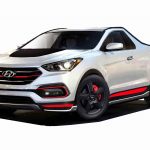 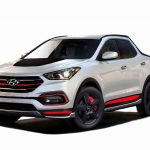 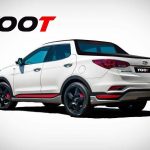 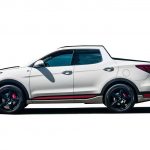