Top10Cars has announced a competition for would-be designers of a future Ford Falcon. 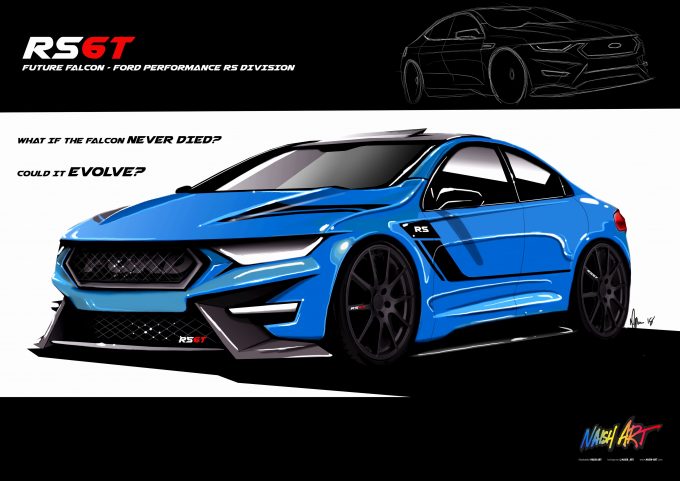 Although the Ford Falcon is no longer with us ( except in racecar form), it left a very strong and lasting impression on the Australian landscape in its 56-year history.

We know the world has moved on from big, thirsty rear-wheel drive cars. Once the default family car of choice, the market splintering into several fragments and a preference towards smaller cars means the business case never really stacked up.

Yet, the existence of the Kia Stinger shows that there is still a market for performance rear-drive sedans with big banger engines. The tragedy of the Falcon is arguably the repeated attempts by Dearborn to clip its wings. Export programs were talked about since the 1980s, with Ford’s head office never wanting to risk local customers liking an Australian-made product more than a domestic one – Not Invented Here syndrome (NIH).

Nevertheless, we think the Falcon’s unmistakable character could be relevant in the modern age. What would a next-gen Falcon be? Would it be an electric car? Would it draw on its past? If so would it be 60s, 70s, 80s or even the AU?

With another Ford RWD platform (D6) under development, the challenge we put forth to creative minds is to design a new Ford Falcon, whether that be a global model or Australian only, even Argentinian. What would power it? Would there be taxi and ambulance variants?

Submit your entry via Instagram with the hashtag #fordfalconchallenge, as Naish Chapman has done with this striking blue car. Naish has created a sportier looking silhouette, with a unique take on Ford’s design language but still unmistakably retains the character of the Ford Falcon. We can’t wait to see what you guys come up with!