Ford has a long history of manufacturing cars in Australia, which ended in 2016. They still employ thousands of Australians with the design and development of global vehicles such as the Ranger and Everest but before that transition, there were many interesting locally-made prototypes that never saw the light of day.

As Ford has kept shtum about this and sent its archives back to headquarters in Dearborn, much of this article is pieced together from rumours and insider information. Following a similar article covering Holden’s prototypes, this includes engines and body variants that never saw the light of day. Whilst it would have been cool if some of these were released, we are grateful for the legendary cars that Ford did manage to get into production. Some such as the Roman Autotek Raptor, XR8 Sequential, Festivas with Orbital two-stroke engines and the AU 300+ weren’t included as these were mainly built and conceived by outside companies. If you know of any others we left out, let us know in the comment section. 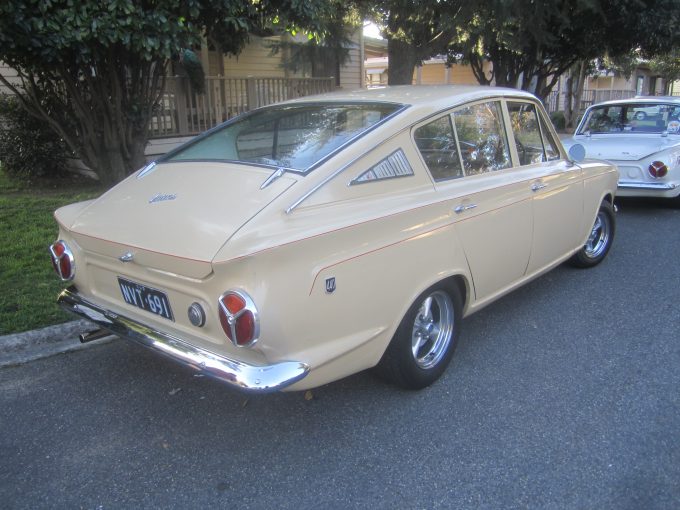 Before Ford started injecting local Cortinas with Falcon grunt, courtesy of 200 and 250 straight-sixes, the experimented with this fastback version of the Cortina Mk1. Built in 1966, the fastback was designed by Lew Bandt- who is famous for inventing the coupe-utility, and built by Bodycraft of Geelong. Four were built, two four-doors and two two-doors but ultimately Ford didn’t go ahead with it. 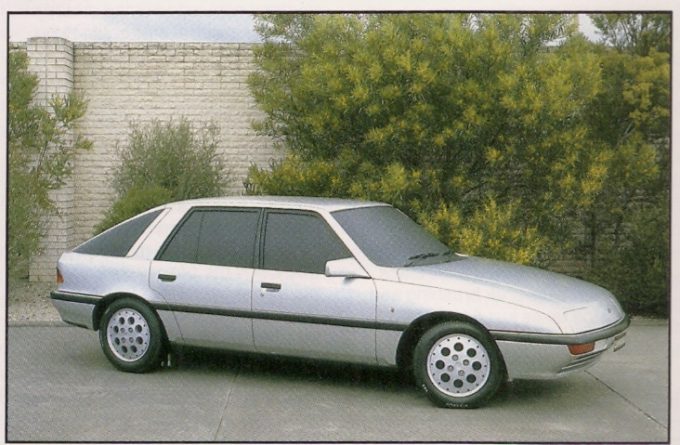 The late 70s and early 1980s was a turbulent time for the motor industry, on the back of the fuel crisis, which saw many consumers downsizing to smaller vehicles. While Ford wrongfooted Holden with a lighter and more economical XD Falcon that was no smaller, there was internal panic in the early 1980s about which direction to go in. With the Mazda-based Laser and Telstar now being produced, a stretched Telstar-based car was proposed to replace Falcon. The front-drive, four-cylinder car got to the clay model stage, before common sense mercifully prevailed. 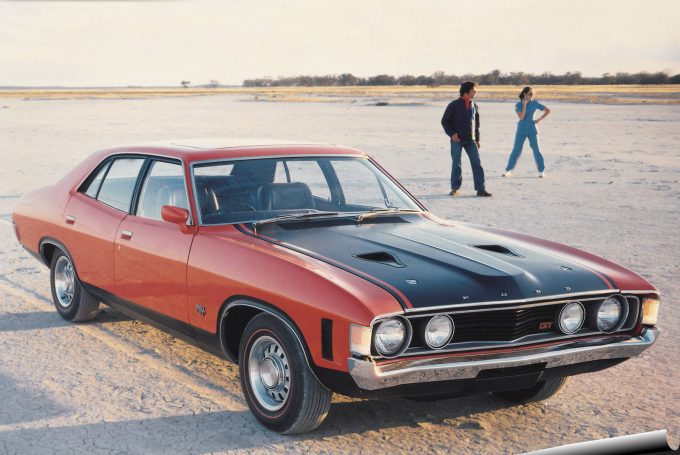 This one is written into Australian motoring folklore. Before an infamous article by Evan Green in 1972, Chrysler, Holden and Ford were each preparing their most powerful cars ever for racetrack supremacy. Holden was readying a V8-powered Torana GTR XU-2 with 239kW, Chrysler the E55 Valiant Charger with 224kW and Ford was pushing ahead with the XA GTHO Phase IV, with 298kW.

After hysteria about ‘160mph Super Cars Soon,’ homologation rules were changed and all three manufacturers retreated on their muscle car plans. Four were built, but some of the parts became available through Regular Production Option 83, or RPO83.
You can read more about the XA GTHO Phase IV’s mechanical package here. 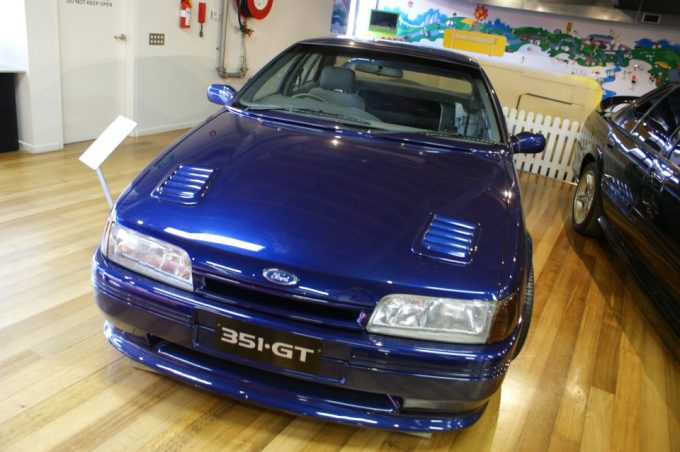 Ford fans suffered a long hiatus after the company’s withdrawl from motor racing and V8 engines in the 1980s, which would not be addressed until the EB series of 1991. Before the 25th anniversary EB GT of 1992, Ford’s engineers created a prototype based on the EA Falcon, with a 5.8-litre 351 Windsor built by Roush in the USA. It produced around 225kW, which would given it a direct competitor to the VN Group A SS Commodore. Ford instead went ahead with the 302 Windsor for its V8 Falcons. 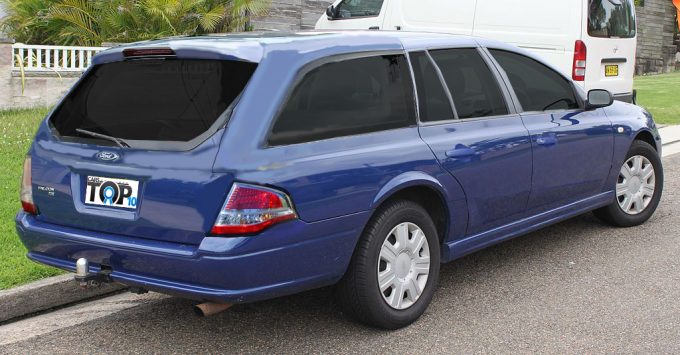 A wagon version of the FG Falcon was designed, but never made it past this phase. Ford reckoned wagon customers were better served by the rear-drive Territory, so the FG Falcon range was just launched in sedan and ute guise. While no images or descriptions of the FG wagon have emerged, we’ve pieced together a design using carry-over floorpan and doors of the BF MkIII, but added a Mondeo-inspired curved roofline and integrated the C-pillar into the window line.

Although Ford might have gone Holden’s route with a short-wheelbase wagon, we think this version would’ve been a cake-and-eat-it proposition, especially with the sedan’s taillamps to add visual balance and save development dollars. 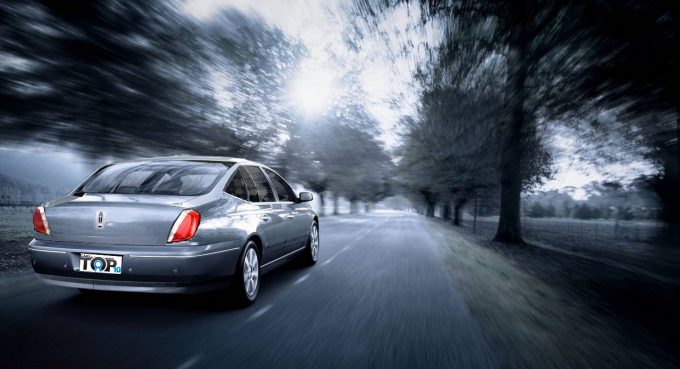 Another design floated, before Ford made the decision to send its long-wheel base sedan packing, the FG Fairlane never saw the light of day, despite rival Holden pushing on with a WM Statesman and Caprice – which was both commercially successful and a very attractive design.

To imagine a potential successor to the BF Fairlane/LTD, we remembered Ford’s Kinetic design philosophy of the time as well as the local outpost’s limited resources. Thus, keeping as many existing stampings as possible, we incorporated a more swoopy, coupe-esque roofline and cleaner,chrome-free look. The lights are borrowed from the Lincoln MK S- which at the time was the closest thing in the Ford empire to a Fairlane. After all, LTD does stand for Lincoln Type Design. An LTD badge takes pride of place in lieu of a blue oval. 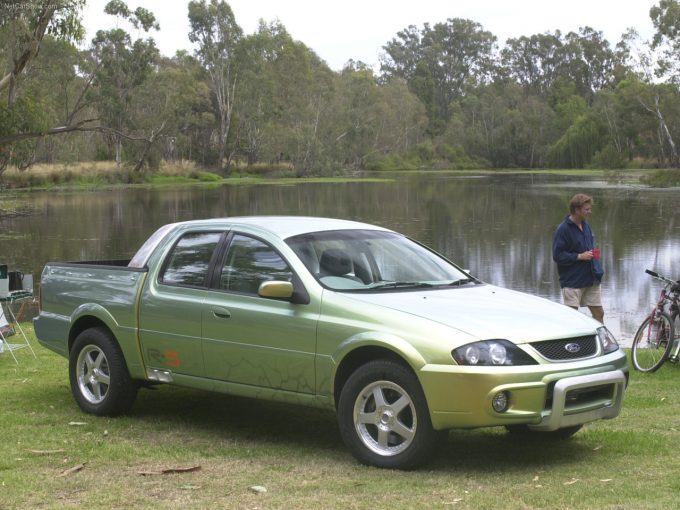 In 2000, Ford cleverly previewed the BA Falcon with the R5 dual-cab ute concept. Featuring an extended version of the ute’s Supercab with reverse-opening rear doors, the R5 boasted many styling elements that would make their way to the next-gen Falcon, such as projector headlamps. The R5 was powered by the 4.6-litre, 220kW V8 from the Mustang Cobra and had all-wheel drive. 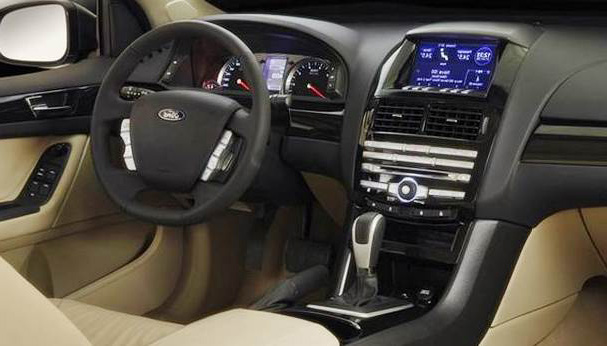 Since the 1980s, Ford Australia tried to secure a left-hand drive export program for the Falcon, but this was always stifled by Dearborn’s ‘Not Invented Here’ syndrome. These efforts started in the 1980s when an NA Fairlane was shipped to the USA for styling clinics as a potential Crown Victoria replacement, all the way up to the FG Falcon being protected for right-hand drive. A Wikileaks cable was released showing Ford’s headquarters rejecting a proposal to make the Falcon LHD despite assistance from the federal government. As a result, Holden and Toyota enjoyed exports to the Middle East but Ford Australia missed out. Things seem to have come full circle as Ford is now developing a rear-drive CD6 platform for the next Explorer, Lincoln Aviator and Mustang. 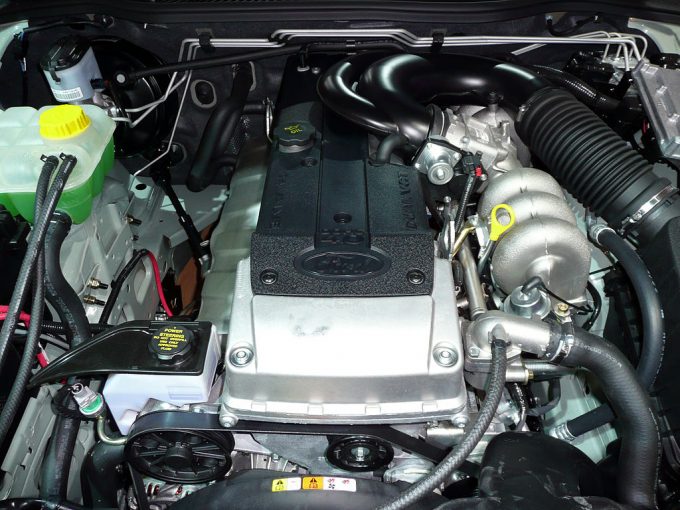 Many different prototypes of the venerable ‘grandpa’s axe’ inline six were trialed over the years, with DOHC variants being tested as far back as EA. A deal with Australian Magnisum Corporation in the early 2000 could have seen magnesium blocks adopted, which would have resulted in a dramatic weight reduction compared to the cast-iron item, but ultimately this fell over in 2003.

Others which never came to be include a diesel which was developed during the Geoff Polites era. A 4.0-litre turbo-diesel engine would’ve made a superb powerplant, possibly developing in the vicinity of 160kW and 550Nm and would’ve been ideal for pickup trucks like the F-150. Direct injection was tested in Ford’s product development centre as a way of passing Euro 6 emissions post-2016, which it passed easily. Based on the boost that Holden’s Alloytec received from adopting direct injection, we could’ve seen a 220kW/420Nm direct-injected Barra. Despite the fact these never came to fruition, the Barra’s recent adoption as engine swap of choice is testament to its legendary status. Other attribute prototypes include an EF Falcon with IRS in the mid 1990s.

Particularly when Rod Barrett took over in 2007, there was a strong desire to resurrect the most hallowed nameplate in Ford’s performance history. With the weight of expectation and history, there were many within the Ford camp who reckoned that GTHO should not be touched. Many prototypes were made, with early models based on the first Boss motor, but sufficient power outputs couldn’t be reached, with Barrett saying:

“We needed 380kW or 400kW to be competitive or else you just wouldn’t bother.”

The supercharged GT-F was FPV’s finale and made up to 410kW and 650Nm on overboost, which pushed the limits of what the chassis could handle. Whether Ford was right or wrong not to go ahead with a modern-day GTHO is a matter of personal opinion.