Australia recently earned the dubious honour of being one of the first developed nations to sacrifice car manufacturing to the Volcano Gods. We are now a nation that digs iron ore and lithium out of the Earth and sends it overseas only to get a complete car sent back. While there are some vehicles still made here, we think Australia’s automotive history is too rich and passionate to not expect someone else to have a go.

Before that could happen, there’d need to be a major shift in government policy. Laws around Australian Design Rule homologation for low volume vehicles would need to be relaxed. Lean manufacturing methods such as Gordon Murray’s iStream would take the massive investment of stamping equipment out of the equation. 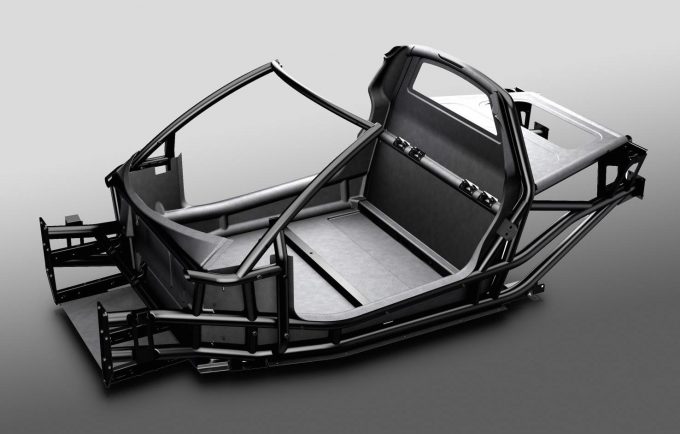 The still massive investment would need to flow from venture capitalists or a strictly one-off government loan, so the taxpayer is not continuously funding poor product planning decisions. Luxury car tax for potential local cars would be waived. Finally, the government would need to religiously embrace locally made products for every vehicle purchase across the public sector.

Make no mistake, the era of high-volume Australian vehicles is almost certainly dead, but we have the talent and capability to create some different types of vehicles, with enough persistence and Aussie know-how. Rather than letting Ford, Holden and Toyota harvest local imagination and talent for the benefit of their overseas vehicles, I say let’s work on some new, truly innovative cars of our own.
So instead of naval gazing and post-mortems, let’s kick off our top 10 possible Australian cars to restart the industry. 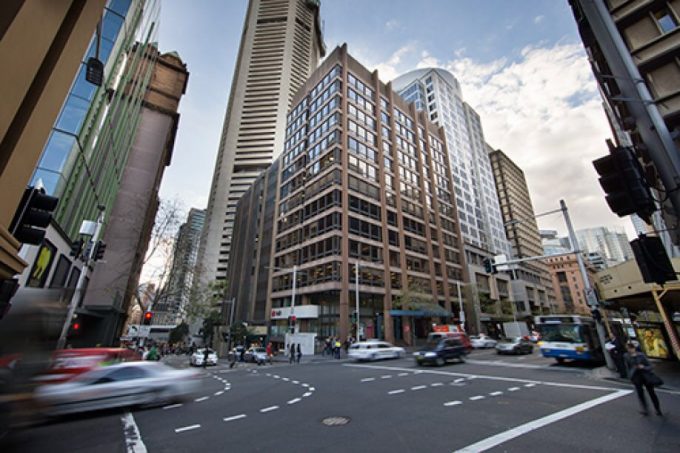 A small ride-sharing pod to navigate through busy central business districts such as Sydney, Melbourne, Brisbane or Perth could become a new hallmark of Australia’s now homogenous vehicular landscape. Three versions are envisioned: A multiple passenger version with two sliding rows of seats, a single passenger version that can lane split and negotiate bike lanes, and a cargo carrying version for courier duties. They are electrically powered, with a battery pack under floor and a small LPG range extender in some models. This could be either a publicly funded transport initiative, or part of a private ride-sharing scheme.

Australia came close, but missed the boat on the electric vehicle manufacturing revolution. As there is still plenty of research and development in Australia, a startup company could deliver a genuinely innovative electric car with some industry experts suggesting as much.

With proprietary electric motor and battery technology, an electric car could be designed to suit our sunburnt country with Australian flavour, that can happily get from Broome to Launceston. We build a handful of electric buses already so perhaps this could be leveraged. 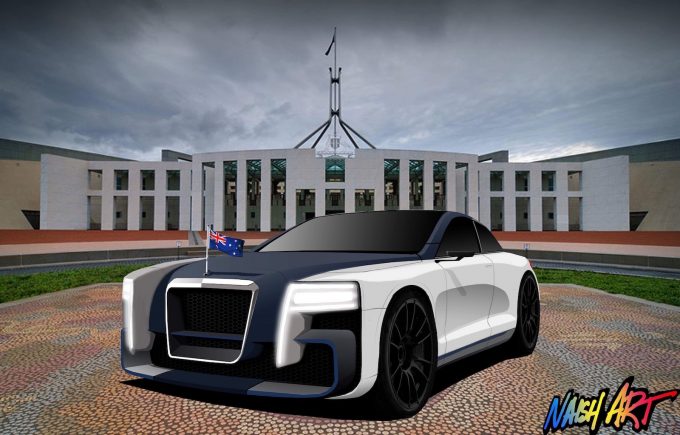 While many have cited the high labour costs for one of the reasons for the Australian car’s downfall, the United Kingdom, Germany and Japan, to name a few pay their workers very handsomely for high quality, premium cars.

Australia has the technical expertise to move into this space and create a boldly Australian design for an upper-luxury sedan. Think a Bentley or Rolls-Royce rival with a ‘Strayan’ attitude and more modern technology.

It would look right at home in our landscape and embrace local materials such as gumtree wood interior. An armoured version for our Prime Minister would ensure the BMW chapter is just an ugly footnote in our history.

The HSV Maloo is iconic and known throughout the world as the pickup truck with supercar performance, or a two-door sports car with a long boot. Utes are such an integral part of our history, since it was invented here in 1934. A Lamborghini or Ferrari threatening hyperute, with gullwing doors similar to the Ford Autotek Raptor concept would capture hearts the world over, with nothing like it to compete with. An exotic 400km/h ute? Yes please. 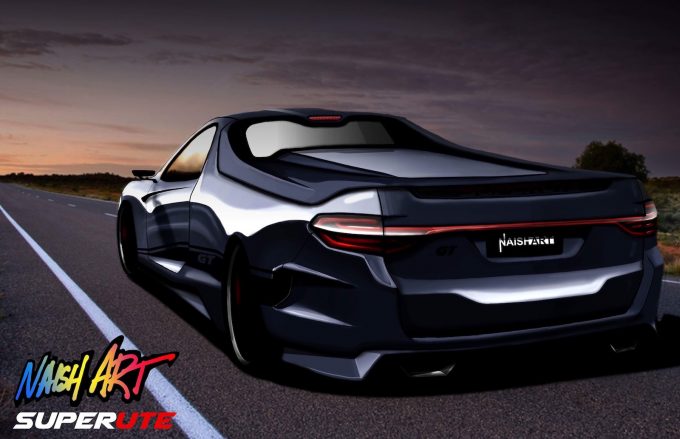 The demise of the Commodore SS and Falcon XR6 Turbo saw local police departments frantically scramble to find a suitable replacement, in some cases resorting to BMWs that cost several times the price. A locally-assembled sedan or paddy wagon with a powerful engine, custom designed for police duty could make Australians proud again, even as they get slogged with speeding fines.

On the taxi side of things, one might wonder why bother in the face of Uber’s increasing popularity. Well the two can co-exist, sometimes with government intervention (which we aren’t advocating). Toyota’s new dedicated JPN taxi shows the way, with its 1.5-litre LPG hybrid. This powertrain could afford lower operating costs than any new car of an Uber operator and potentially claw back a cost advantage. Another benefit would be the preservation of LPG; a locally sourced fuel that is better for the environment. The stodgy silhouette of the Toyota and Geely cabs could be exchanged for a more traditional sedan or wagon body. 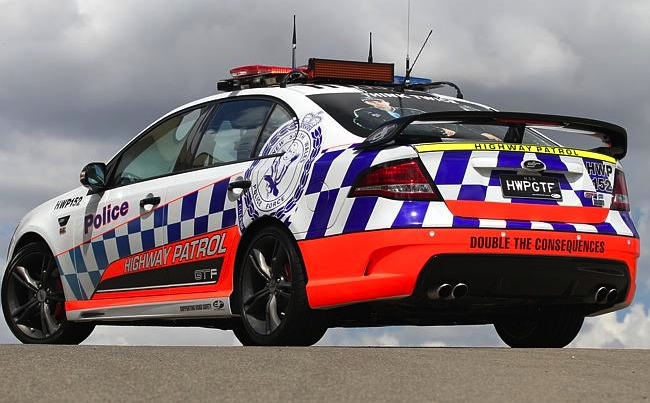 Nobody could have predicted the sheer scale of the dual-cab pickup phenomenon, with the Ford Ranger and Toyota HiLux in a grudge match for Australia’s best-selling car outright. The lower labour costs of Thailand combined with a free trade agreement (FTA) mean the economic reality favours Thai assembly for this kind of car.

With the growing popularity of Dodge Ram type American full-size trucks, we believe there exists a niche between the two. Some companies such as Killa Kustoms (below) demonstrate the potential for a V8 powered ute, while there is no longer a six-cylinder base model. Grunty yet efficient engines could characterise a unique Aussie-made pickup range. 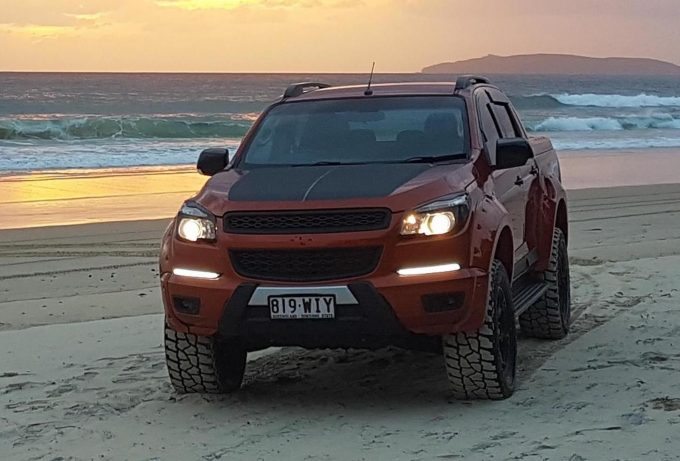 Even as our automotive industry circled the drain, component suppliers Carbon Revolution and Quickstep upped the ante to produce advanced carbon-fibre parts including wheels that are exported overseas. In fact, we have the capability to build a carbon fibre monocoque car.

The BMW 3 Series has become a bloated cariacature of its former self, much larger, heavier and a more compromised Ultimate Driving Machine. Since many in the segment are moving to aluminium bodies, a carbon-fibre bodied compact executive sedan in the mould of the E30 3 Series would no doubt find major international success, for those craving a more sporty, pure vehicle. Make it tow and give it a simple to repair drivetrain and it might even win over some scorned Falcon/Commodore fans. 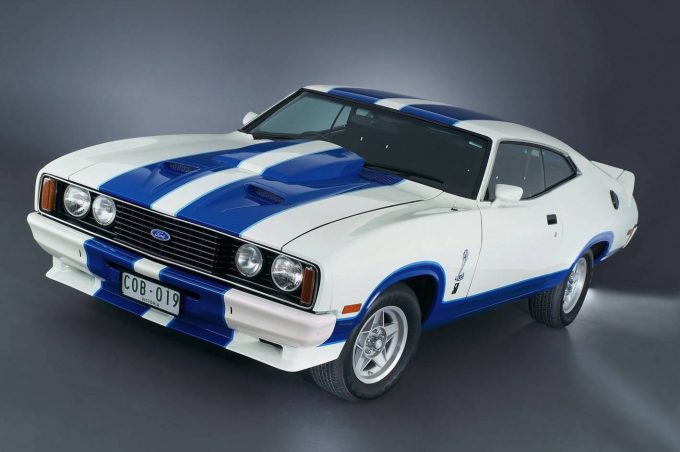 In the same vein as Singer reworks 911s, Eagle’s rendition of the Jaguar E-Type and David Brown has their modern interpretation of the classic Mini, we’d love to see a company do small production, hand-built classic Aussie cars. Since companies like Rare Spares currently reproduce spare parts, a limited run of brand new A9X or XC Cobra Hardtop shells would be preferable to sourcing old timers, like how new Mini shells are built in England. How awesome would it be to see brand new XC Cobra with a carbied 5.0 Coyote, a modernised A9X or even Charger? 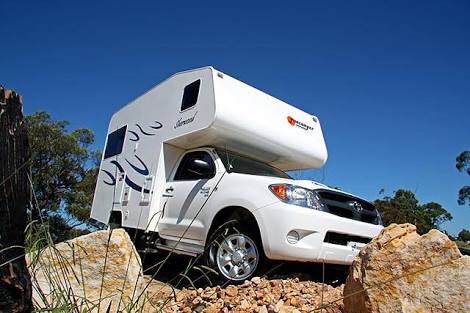 Since home ownership has become out of reach for more and more Australians, a self-contained living space on wheels for an affordable price would be a good intermediary vessel for workers and savers alike. Something with enough space for more than one bed, cooktop, shower, toilet and entertaining space would be grouse, but to get down to an affordable price, many parts would need to be sourced from China. 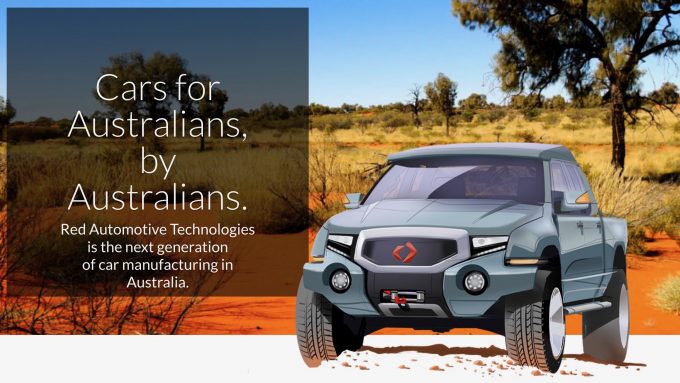 It could be rightfully argued that the Land Cruiser 70 Series should’ve been built here, with its popularity in mining and rural areas giving the classic, tough design popularity decades into its life. Given that Australia has some of the harshest landscape and best 4×4 tracks, we think there ought to be a home grown vehicle that can tackle it. Maybe the Thales Hawkei can serve as inspiration here.

An Australian company called Red Automotive Technologies is working hard to secure the necessary investment for just such a vehicle, powered by electricity.

While these may seem farfetched to some, stranger things have happened. If a plan is put in place soon, we could even save some of our component makers from the pit of doom. So please, Australia, don’t give up on the idea of building cars. We need it.

Rendered images courtesy of Naish Chapman of Naish Art. To check out his collection, or order a commissioned Christmas drawing for someone special, click here.