The 2019 Kia Rio has debuted, ushering in a significant refresh for Kia’s light car contender, including a sporty new GT-Line trim. 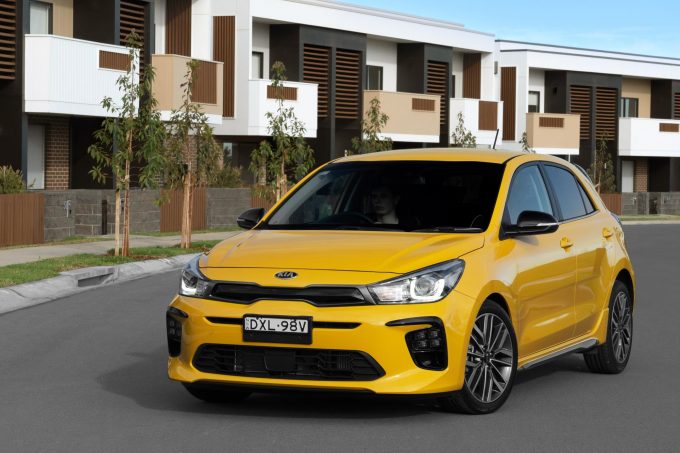 Rio’s entire range has been re-imagined, which no longer consists of the Si and SLi, but the base Rio, Rio Sport and GT-Line. The base Rio and Rio Sport are still powered by a 1.4-litre four-cylinder, mustering 74kW and 133Nm but the Rio Sport is now available with a six-speed automatic gearbox, in place of the Rio’s four-speeder. Rio Sport also adds 17-inch alloys, cruise control, leather steering wheel and gearknob, as well as electrically-folding mirrors. A six-speed manual is available on both the Rio and Rio Sport.

New for 2019 is the Rio GT-Line, a range topping variant with a sporting, warm-hatch flavour. It is powered by a 1.0-litre three-cylinder with 88kW and 172Nm, through a dual-clutch seven-speed gearbox. Apart from a sportier styling package, including Kia’s “ice cube” LED daytime running lights and a bodykit, AEB, lane departure warning and stop-start come standard with the GT-Line.

The 1.0-litre engine from the Rio GT-Line will also appear in a Picanto GT model early next year, but the city car won’t have the seven-speed DCT. Instead, it will be available with either a five-speed manual, or four-speed automatic. A 150kW Cerato GT will also bolster the Korean brand’s sporting credentials when it arrives in the first quarter of 2019.

Prices for the 2019 Kia Rio range are as follows: 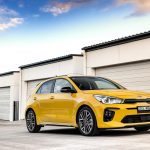 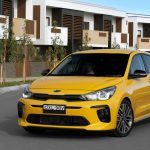 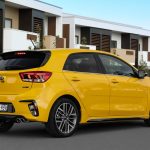 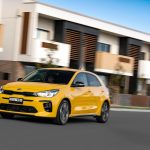 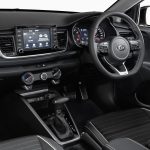 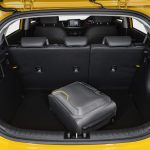 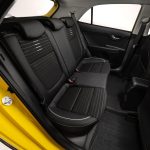