The 2018 Kia Cerato has been previewed in official renderings ahead of its debut later this month at the Detroit Motor Show. 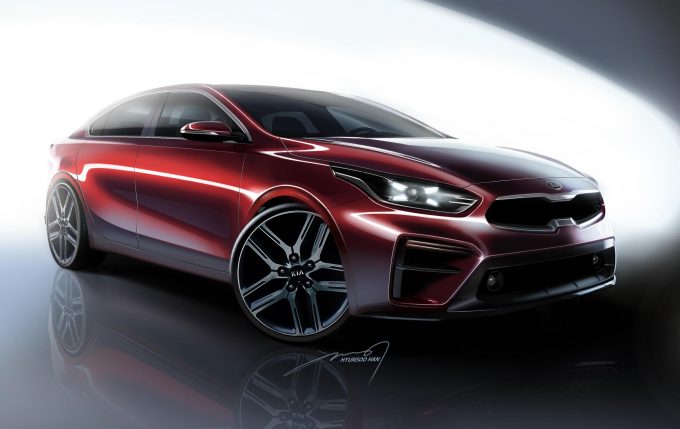 Just as its sister car, the Hyundai i30 received an upgrade, the Cerato will now undergo a comprehensive redesign, which should land in Australian showrooms before the end of this year. From the renderings, we can ascertain that Kia’s current design language, including the ‘tiger nose’ developed by Peter Schreyer has been evolved and modernised.

The rounder and more circular form of the current model is neatened up, with a more squared off A-pillar that no longer incorporates a quarter window. Large lower intakes flank a middle opening that features two fog lights, denoting that this could be an up-spec sports model- a notion reinforced by the massive CNC machined alloys.

Headlamps with four X-shaped LEDs are pulled back into the more accentuated bonnet lines. At the rear, a more aggressive and distinctive light signature is present but there is plenty of continuity with today’s car.

The interior takes a leap forward, with a similar design to the latest Picanto, Rio and Stinger. Circular vents and a two-tone dash seemingly indcate that Kia wants to imbue the interior with a sporty feel like the Mazda 3. A floating infotainment screen looks to be quite large in size with a crisp, modern finish.

The outgoing Cerato had a decent sales year for 2017, with 18,731 units shifted (December ’17 VFACTS). One aspect that has endeared it to buyers is the availability of a touch-screen and reverse camera in the base model for a modest option price.

For other vehicles in the same class due to hit our shores this year, check out the best new small cars coming to Australia in 2018-2019 feature. 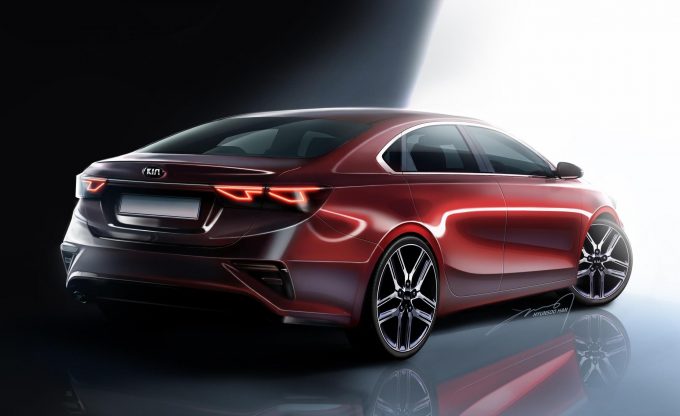