The 2018 Kia Cerato has been unveiled at the North American International Auto Show in Detroit.
The all-new small sedan adopts a more refined and aggressive variation of Peter Schreyer’s styling theme, including an angrier ‘tiger shark’ front end. 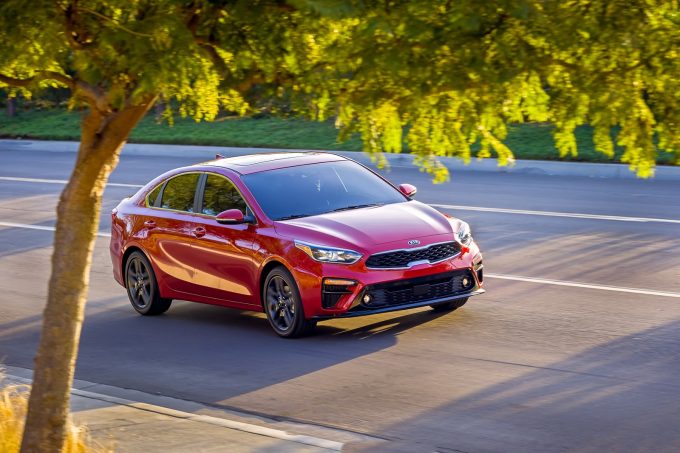 Sold in the U.S.A as the 2019 Kia Forte, the new Cerato is longer by 81.3mm, growing overall length to 4640mm. The leading edge of the windscreen has been moved back by 127mm, meaning that like the outgoing Rio, the front quarter window has been banished. 17.8mm of height has been added, bringing the overall figure to 1440mm and adding headroom. Width is now at 1798mm.

The front end is said to be inspired by the all-new Stinger four-door coupe, with a far more sporty and premium appearance than its predecessor.

Like the Hyundai i30 with which it shares its platform and technology, the Cerato utilises a 2.0-litre naturally aspirated four-cylinder engine as standard, but a CVT will be added to decrease fuel consumption and for smoother operation. Kia says it has minimised the sewing-belt drone that is typically associated with this transmission type.

The all new interior features an 8.0-inch tablet-style touch screen, incorporating Apple CarPlay and Android Auto, similar to that seen in the Kia Picanto and newest Rio.
As you would expect, the new Cerato also features additional driving assistance technology to boost its crash avoidance and passive safety credentials.

Full specifications for Australian-delivered models will be disclosed closer to the launch later in the year. In the mean time, check out some of the other redesigned small cars hitting the market soon to see what the 2018 Kia Cerato is up against. 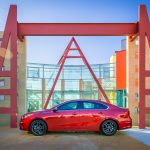 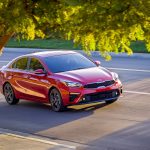 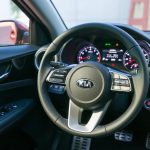 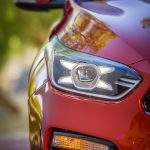 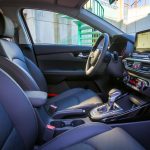 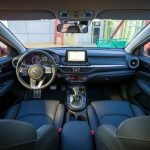 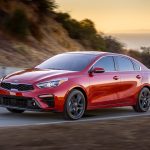 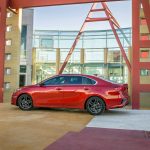 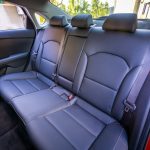 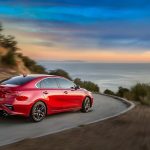