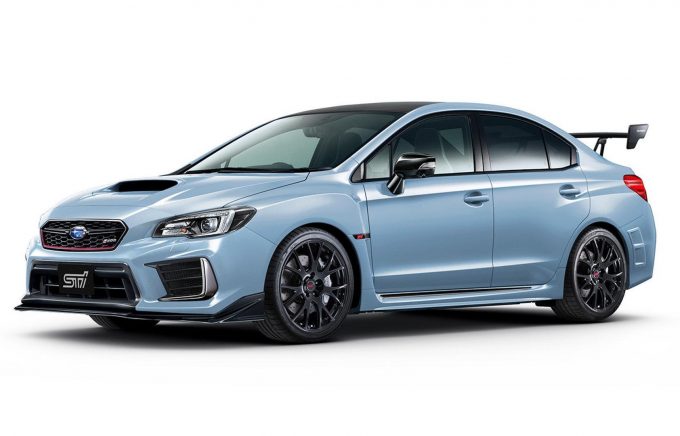 Alongside the VIZIV Performance Concept, the S208, finished in a matte blue colour appears to be a successor to the JDM-only S207 STI of 2015. Details are scarce at this stage, but Subaru promises “ultimate driving car that offers the best ever performance and quality in the S series”.

Visible are lightweight alloy wheels, front spoiler extension, as well as an aggresisve rear wing and roof finished in carbon-fibre. Pink pinstriping across the rear takes pride of place above a diffuser sprouting four exhaust tips.

Inside, some loud pink trim and seatbelts and more body-hugging lightweight bucket seats feature. Aside from that, the rest of the interior looks pretty standard. Strangely, there are some paddle shifters despite this being a manual.

Expect more hardcore suspension as well as power and torque figures that improve on the standard STI’s 221kW/407Nm outputs. For reference, the S207 made 241kW and 431Nm.

This may be the last big special edition of the current WRX/STI, while the Viziv Performance Concept will give showgoers a good sense of what the future holds for Subaru’s most vaunted of nameplates.

The STI S208 will be limited to 450 units, with further details to be revealed on October 25. The Tokyo Motor Show kicks off on October 27. 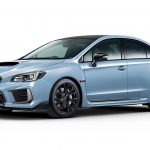 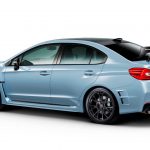 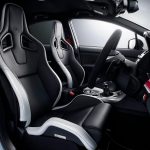