Subaru will have a treat for future WRX enthusiasts in the form of the VIZIV Performance Concept, bound for the 45th Tokyo Motor Show, starting October 25. 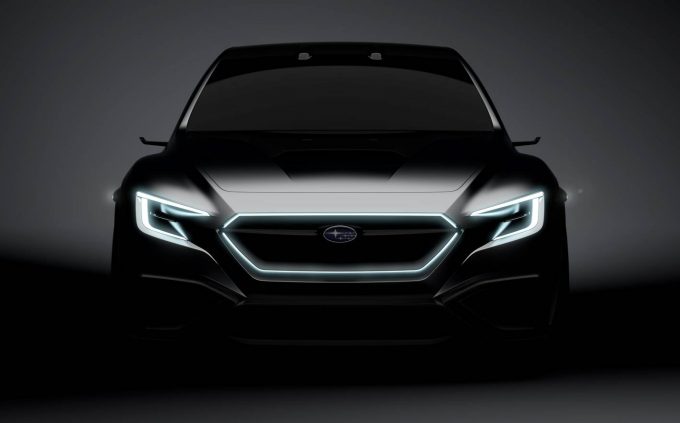 A teaser image for the VIZIV Performance Concept shows a vehicle that could be the precursor to the next-generation WRX, sitting atop Subaru’s Global Architecture (SGA). There is sharp LED outlines of the headlamps and even the grille, with a visible bonnet scoop and side camera stalks in lieu of wing mirrors. It will be a showcase of Subaru’s EyeSight technology as it increases its level of autonomy.

‘VIZIV’ is a series of concepts by Subaru, generally giving a hint of a future model in the pipeline. It started in 2013 with the VIZIV concept at the Geneva Motor Show. Subsequent models previewed XV and upcoming Ascent SUV models.

This follows closely on Mitsubishi’s announcement of the e-Evolution concept, which will also debut at Tokyo reigniting one of Japan’s fiercest rivalries that began in the 1990s.

Also at the Tokyo Motor Show will be the BRZ STI Sport. Painted in Cool Grey, the STI will not offer any power increases over the base BRZ, but significant improvements to body rigidity and handling. More news as it comes to hand.