For those of you with more than a passing interest in pre-war American car history, it may comes as a surprise to see this 1966 Dusenberg listed online by Hemmings. 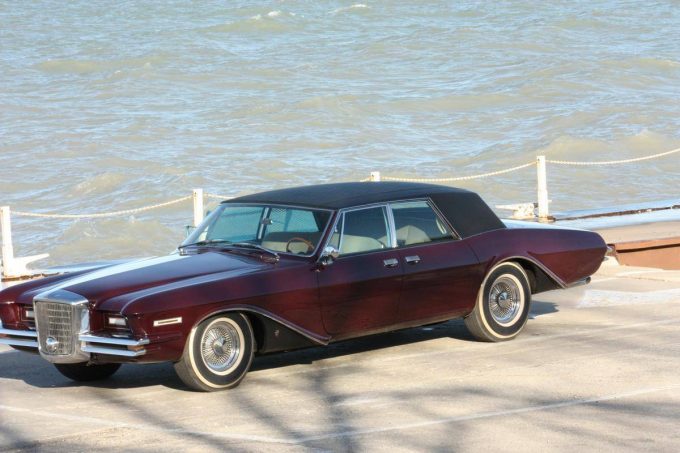 Dusenberg is well-known for creating extravagant motor carriages with enormous powerplants and the absolute pinnacle of luxury and size in its day. The only comparable motor car from the same era would be the Bugatti Royale. Like Bugatti, Dusenberg was one of the first mass-market (if you can call it that) car makers to implement supercharging, most notably on the straight-eight powered Dusenberg Model SJ. 240kW in the 1930s was quite jaw-dropping indeed.

While that era ended in 1937, a little-known revival attempt in the 1960s is the subject of the aforementioned classified. Starting with the Chrysler Imperial as a basis- itself quite a stately and high-end car, The Dusenberg Model D was styled by Ghia’s Virgil Exner, who had also created a modern Bugatti (Type 101) a year earlier.

The Model D features suicide doors, wire wheels, a vinyl Brougham roof, maroon paint, a very prominent grille with centre pontoon, flip-up headlamps and very long, flowing lines. There are a few nods to the pre-war cars, such as the flowing wheel arch extensions and the grille ornamentation.

Just as its predecessor was the standard of American luxury, this one aimed to be as well. Gold-rimmed instruments, state-of-the-art radio, power, everything, air condition, button-cushioned seats and a rear passenger compartment that was sealed off from the front, with its own speedometer and clock. 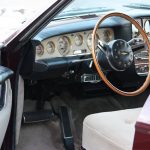 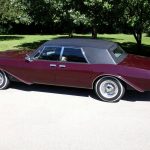 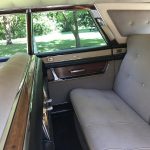 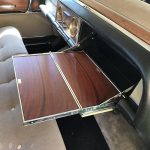 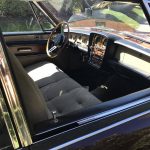 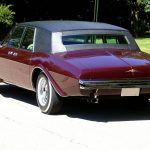 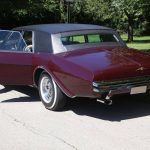