Following the reveal of the all-new Volvo XC40 earlier this week, some crash test footage has now been released showing the small SUV’s side impact crash protection. 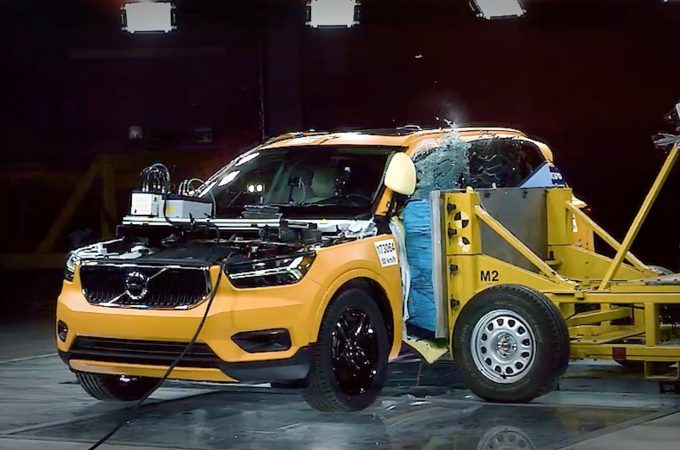 There’s something strangely soothing about watching slow-motion crash test footage. The way the panels just crumple and give in from the rolling barge. In the XC40, as we all expected, safety is going to be paramount.

Based on Volvo’s new CMA (Compact Modular Architecture), the XC40 will boast a number of segment-first technologies, such as oncoming lane mitigation, as well as a modern version of its City Safety suite with automatic emergency braking that detects not only other cars, but also pedestrians, animals and cyclists.

The SUV will also come with plenty of other safety technologies, all of which Volvo claims will help the XC40 become the safest vehicle in its class. It will be looking to follow in the footsteps of its bigger brothers, which have also set new benchmarks in their respective classes in terms of safety.

Volvo will launch the new model next year. D4 diesel and T5 Drive-E petrol engines have been confirmed, while in Europe D3 and D4 diesel units have also been confirmed, along with T3 and T4 petrols. Front- and all-wheel drive will be available. Australian details and prices are yet to be finalised.