The all-new 2018 Toyota Crown has been previewed ahead of its Tokyo Motor Show debut, which starts on the 27th of October. 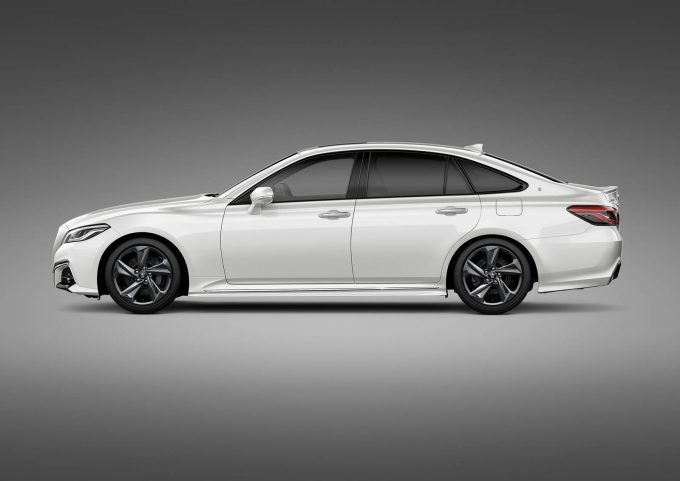 Toyota’s Crown is now unique to the Japanese Domestic Market and a few other Asian markets, but it is one of Toyota’s oldest nameplates. It is one of the most celebrated of domestic luxury sedans since its 1955 inception.

The new Crown will sit atop Toyota’s New Global Architecture (TNGA), which means that Toyota’s modular platform is unique in having the flexibility to accommodate front-, all- and rear-wheel drive, of all sizes.

The Crown usually serves as the basis for the Lexus GS sedan, but with rumours that Lexus is going to consolidate the ES and GS sedan lineup, it remains to be seen if a Lexus variant will materialise.

Taking definite cues from Camry, the Tokyo-bound Crown has clean but distinct lines, with a longer dash-to-axle ratio and muscular curves above the front wheel arches. There are elements of Mercedes-Benz in the front profile, while the six window design is more reminiscent of Audi than Toyota’s recent designs.

A Lexus concept is also planned to debut at the show, potentially previewing the new ES sedan or UX small SUV. More details as they come to hand closer to the opening of the event.