When Toyota released the 86 coupe in 2012, co-developed with Subaru, it showed the world that it still had a pulse. It was named after the AE86 Corolla Sprinter of the 1980s, which enjoys a legendary cult status to many as the world’s best drift car. Any given Sunday you’ll find one tearing down one of Japan’s picturesque mountains, sideways.

Similarly, its spiritual successor was designed with balance and simplicity in mind. Using a Subaru-derived flat four keeps the centre-of-gravity low, while other magic ingredients include a close-ratio six-speed manual gearbox (automatic available), excellent suspension geometry and a superb driving position. Aside from the Mazda MX-5, there is no other rear-wheel drive vehicle in the $30,000- $40,000 price range.

Light revisions this year -following a mild power upgrade in 2016- aim to keep the 86 fresh and desirable. We have the upmarket GTS variant- which starts at $36,640 before on roads. Included with our test car is the $2,200 Dynamic Performance Pack, which includes Brembo brakes, anthracite 17-inch alloys and Sachs dampers. The stoppers are quite large for something with a 1258kg kerb mass at 326mm in diameter at the front and 316mm at the rear.

Unfortunately, sales are down for the first half of this year, at 558 to the end of June compared with 994 for the same time last year. Even at lower volume, the 86 plays an important role in boosting Toyota’s profile as an enthusiast brand, which is now spreading across its range, thanks to more driver-focused cars. This begs the question, how well has the 86 aged since 2012 and is is just as special now as it was then?

The proportions of this sporty little number are not going to appeal to someone after, say, a seven-seat SUV. For the record, we are talking 4240mm of length, 1775mm wide, a wheelbase of 2570mm and a fairly low height of 1320mm. Bootspace is 237L, if you were wondering. There is a bit of a step down into the low-slung cabin, where the bolstered seats might pose some egress issues for less athletic types, but once in prove snug and very supportive.

Heated seats were a massive plus in our car, particularly with its longer-than-average engine warm-up time delaying the heater, but a demisting function on the rear view mirrors would’ve been appreciated. Back seat passengers are an afterthought, as you’d expect with a 2+2, but seemed better looked after than a Ford Mustang. Occasional travel is not such a stretch back there, as long as the occupants aren’t overly tall.

Toyota’s 86 remains a pretty user-friendly design for something that is ostensibly six years old. The instrument cluster features a prominent tachometer, with a digital speedometer inside, plus an analogue unit next to it.
The steering wheel, gear shifter and toggle switches are outstanding and make the car feel a lot more special than its price would suggest. Materials quality is generally top notch too, with soft-touch materials on the dashtop. Fit and finish is as brilliant as you’d expect.

Now let’s talk about that infotainment system. It does have navigation, bluetooth streaming functions and doesn’t really want for much, but compared to some newer systems that have Apple CarPlay, Android Auto and crisper, faster interfaces, it does feel slightly dated. Luckily, it is attached to a great sound system. You do get guidelines on the reversing camera, but they are fixed in place, and sometimes disappear.

Another visual indication of this car’s age is the seperate cruise control stalk that might as well be from a 1995 Mitsubishi Magna, not to mention the seperate digital clock that even old man Camry has now done away with it. Realistically though, this is nitpicking and none of this is deal-breaker stuff that detracts from the ethos of the 86.

The 86 and its Subaru BRZ twin have enjoyed moderate success since their debut, so they are fairly commonplace, in various states of tune. Plenty are stock, while more than a fair share have been riced up to oblivion with wings and kits.
Our example, with its gorgeous Moon Slate paint finish and dark accents on the spoiler, side vent and mirror caps had a true air of class about it, succesfully refreshing a familiar design into something special.

On the plus side, the 86’s 2.0-litre FA20 engine was recently upgraded to 152kW at 7000rpm and 212Nm at 6400-6800 rpm. Auto customers, unfortunately receive a small haircut of 5kW and 7Nm. Around town, it helps to keep the engine ever-so-slightly on the boil, but once you wind it up, there is a delicious raspy exhaust yowl with some harmonies in the form of the boxer’s distinct induction sound, all the way up to the 7500rpm redline.

On sinuous backgrounds, it is a remarkable companion working in complete synergy with the transmission and chassis to deliver genuine fun. While it does have a more flexible engine than the 2.0-litre MX-5 that is currently redlined at 6800rpm, that will change next year, where it will match the 7500rpm limit of the 86 and receive an appreciable power bump.

Rumours of a bump in capacity to 2.4-litres would fill that low down torque gap just a little bit, which would be most welcome. As it is though, 0-100km/h times around the 7.7-second mark and mid 15’s for the quarter are great for a naturally-aspirated four-cylinder.

The close-ratio six-speed manual is perfectly positioned for fast, satisfying shifts which glide home with mechanical pleasure. Around the city, or in heavy traffic, the 1-2 shift can feel a bit stiff, but the clutch is pleasingly light with just the right take-up point.
Availability of an automatic transmission is definitely a bonus that broadens the 86’s appeal. In both cases, more low-down torque from the engine would benefit their operation, speaking from experience with a circa- 2013 model 86 automatic.

As you might expect, this is where the little Toyota knocks it out of the stadium. Previously, cooking versions of the 86 have been compared to the Porsche Cayman for driving pleasure and come up trumps. Add Sachs dampers, Brembo brakes and grippier tyres and the 86 has never felt so complete. The steering, as always is sheer magnificence. It has a consistent, sinewy feel from lock-to-lock and manages to strike the right balance between being light and totally feelsome. Despite being an electric system, it manages to encompass the best aspects of a great hydraulic system in terms of feel and feedback.

The combination of a low centre of gravity, limited slip differential, huge brakes and firm-yet-yielding suspension means the 86 not only begs you to explore its upper limits, it inspires confidence doing so, never losing a hint of agility at 10/10ths. It really feels like it has the works and means that every Sunday drive down your favourite backroad will leave you with the same massive grin and feeling of awe. It’s just extraordinary and narrowly edges out the also-magnficient MX-5 Limited Edition.

The fact it undercuts that car by over $15,000 despite both having similar mechanical upgrades is astonishing in itself.
Even in its defualt setting, the stability control allows a small degree of slip, which could catch some very inexperience drivers unaware during slippery conditions, but you would have to be truly inept to upset it. The 86 is placid, forgiving and confidence-inspiring, telegraphing every bit of information you need.

While it is getting a bit long in the tooth, nothing about the 86 really makes it grate on a day-to-day basis. Despite the suspension upgrades, the ride remains compliant over all but the most punishing low-speed bumps. The short-ratio six-speed manual means that at 110km/h you are sitting around the 3000rpm mark, which is somewhat high, but noise is suitably contained considering.
Overall, while there is certainly room for improvement, we think this is definitely a car you could drive from Sydney to Melbourne without suffering any undue fatigue that would be typical of sports cars.

7.1L/100km is quoted as the official fuel consumption rating, which is on par with a brand-new Hyundai i30 Active, launched just last year. In the real world, we averaged 8.4L/100km with plenty of very enthusiastic driving along our favourite roads.

Servicing is another ace up the 86’s sleeve, with Toyota’s Service Advantage pricing of $180, over 15,000 intervals up to 60,000km. This is significantly cheaper than most competitive car manufacturers, let alone other sports cars. Definitely a major selling factor there.

A five star ANCAP rating means the 86’s passive safety is sound, with airbags all around, stability control and the enormous brakes on this car. The Dynamic Performance Package that features the enormous Brembos is also available on the base 86 GT as well, which enhances its ability to avoid a collision in the first place drastically.
In our opinion, that goes a long way to make up for the fact that the 86 misses out on the latest active driving aids, such as autonomous emergency braking and lane departure warning, adaptive cruise control and the like.

Still outstanding here. The 86’s entry point might have crept up to $31,440 for the GT, but even at $38,880 (before on roads) for our GTS with Dynamic Performance Package, the value equation is off the scale. Here is a driving experience that, when measures with smiles and thrills, could command six figures. The increasing rarity of its type bolsters its score here too.
It does lose some points for its slightly dated cabin and lacking the very latest up-to-the-minute tech such as smartphone mirroring, AEB and some ergonomic throwbacks, but not enough to make a serious dent, in our view.

The 2018 Toyota 86 GTS with Dynamic Performance Package is the most fun-to-drive car we’ve had so far this year, very narrowly pipping the MX-5 Limited Edition, though the imminent upgrade of that car could swing the pendulum back in its favour- especially during top-down Summer.
Toyota’s performance range is becoming more and more complete now, with the 86 and the imminent return of the legendary Supra. It’s heartwarming to see that one of the few car makers keeping spirited cars in reach of the masses is the very car maker that embodied its antithesis only ten years ago. 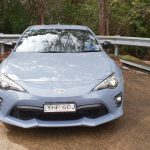 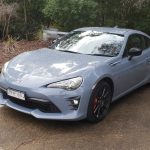 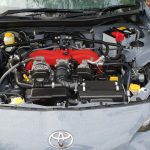 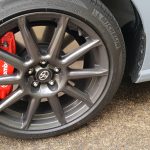 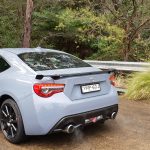 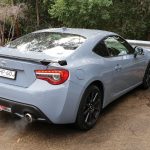 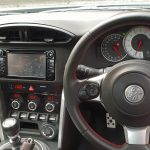 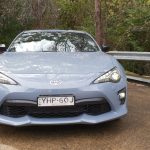 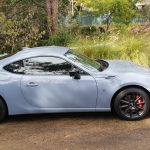