If you’ve never been off-roading, you are missing out. To the uninitiated, taking a truck over some rocks and gravel doesn’t sound like something to make a fuss about, but the first time you’re exposed to the rough stuff it gets under your skin.

Here are 10 tough off-road SUVs that will get the job done, and come back begging for more. Some have more aftermarket support than others, which is worth keeping in mind when you want a snorkel, lift kit or anything else that tickles your fancy. With the disappearance of the GU Patrol and Land Rover Defender (for now), these are the most hardcore you can get. Heck, there’s even some 7-seaters in the mix. 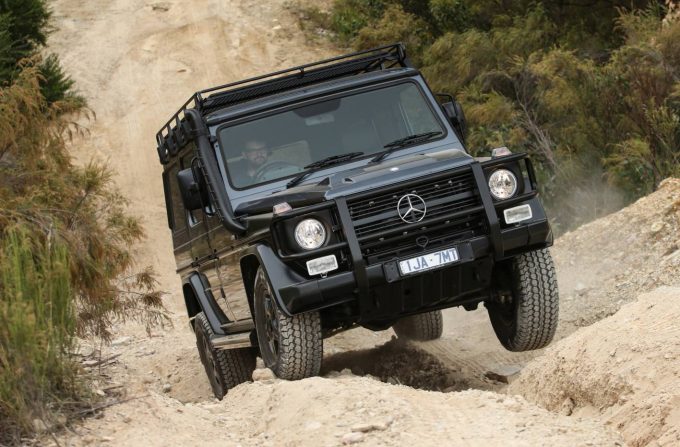 Unbelievably, Mercedes-Benz will now sell civilians an Australian Army spec G-Professional in Cab-chassis and wagon guise at $119,900 and $109,900 respectively. To be fit for our troops, this has to be an absolute no compromise, no holds barred monster. To that end, they both have front, centre and rear diff locks, long range 96-litre fuel tank, stone guards, radiator shields and underbody protection for days. Engine is a 135kW/400Nm 3.0-litre turbo-diesel V6, driven through a five-speed auto and permanent 50/50 AWD. It’s the least luxurious Mercedes-Benz you can buy but the toughest by far. Except for a Unimog truck. 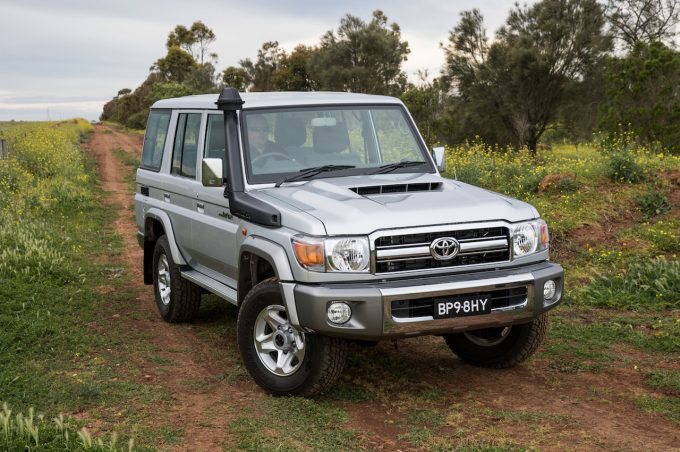 Recently revised for 5 star crash rating (on certain models), emissions requirements and with different gearing, the LC70 and 76 are old-school trucks that are hard to match off the beaten track. Powered by a 4.5-lire turbo-diesel V8 with 151kW at 3400rpm and 430Nm at 1200 rpm, the 70-series LandCruiser is a manual-only proposition so don’t skip leg day. It has a 3.5-tonne towing capacity and can be had form $64,990 in wagon form. 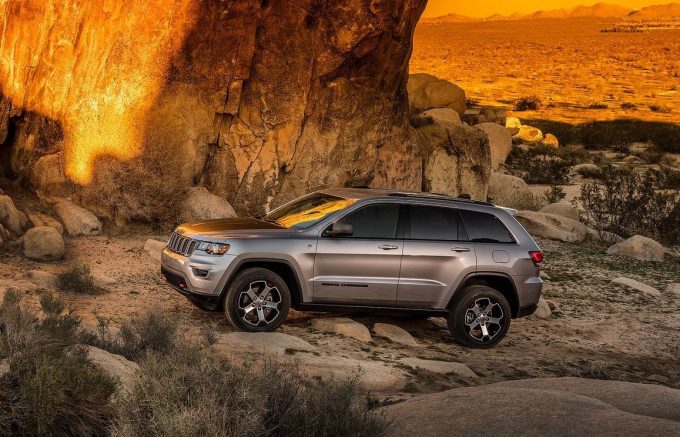 The most civilised and up-spec Jeep recently got a new addition in the form of the Trailhawk. It gets jacked up to 260mm of ground clearance, scores off-road multimedia system and Goodyear Wranglers, as well as many styling additions. Starting from $74,000, it will be joined by the tarmac-melting Trackhawk next year. 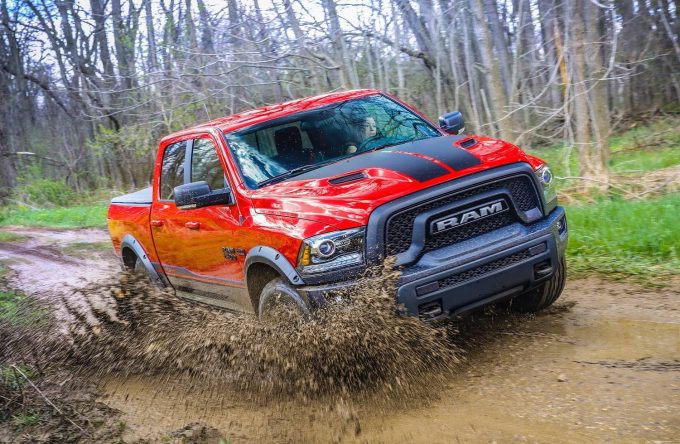 Ram Trucks Australia have enjoyed far more success than they anticipated from converting heavy duty Ram trucks in Victoria. Next they have their sights set on the 291kW 5.7-litre Hemi-powered Rebel- a jacked up and hardcore off-roader in the vein of the Ford F-150 Raptor.
The Rebel will be significantly less than 2500 Laramie, closer to $100k than its $139,500 entry point. 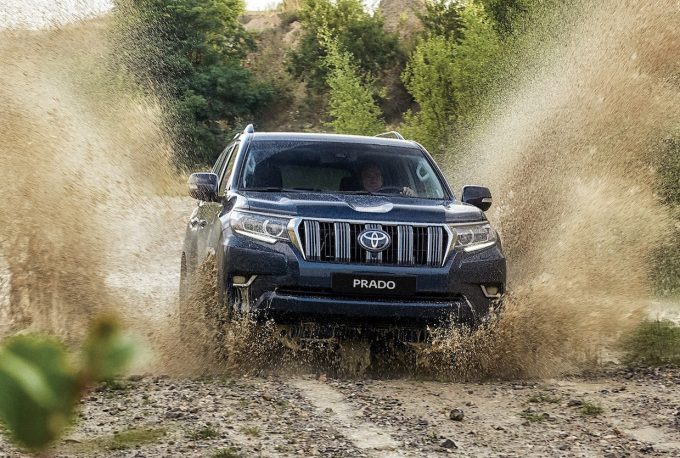 Not only a family favourite for those who probably never venture beyond Double Bay’s asphalt, the Prado is a pretty serious car when it comes to tackling the rough stuff. This is no more evident than in the Kakadu, which gets extra differential locks, kinetic damping control, a full luxury interior and more. The 2018 model year update brings a more handsome exterior and interior and deletes the petrol V6 from the arsenal.

Named after Jeep’s most famed off-road testing track, the Rubicon boasts 254mm of ground clearance, 42 degree approach and 32.3 departure angles. A true off-roader with live axles front and rear, the Wrangler gets a redesign next year meaning plenty of run-out specials. It will also get some competition from the Ford Bronco. 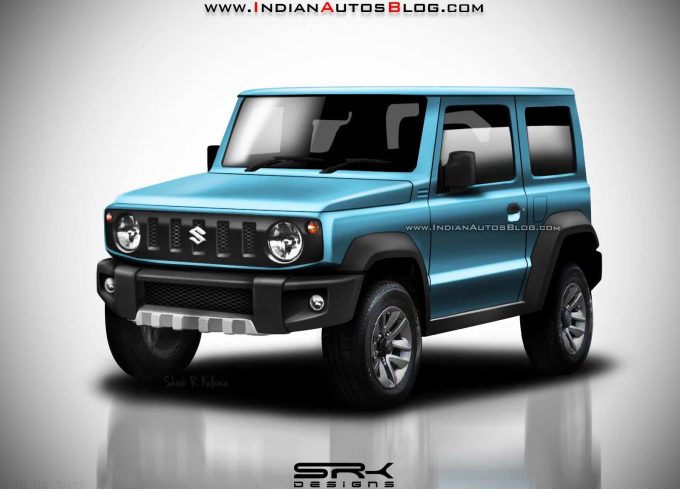 Almost two decades old, the Jimny is the only tiny tot in the 4×4 field left, capable of scampering up rocks and quagmires like the little truck that could. The Daihatsu Feroza and its ilk have long since thrown in the towel in our market but the Jimny keeps going and going. It is due for its first redesign in forever next year, landing in 2019. 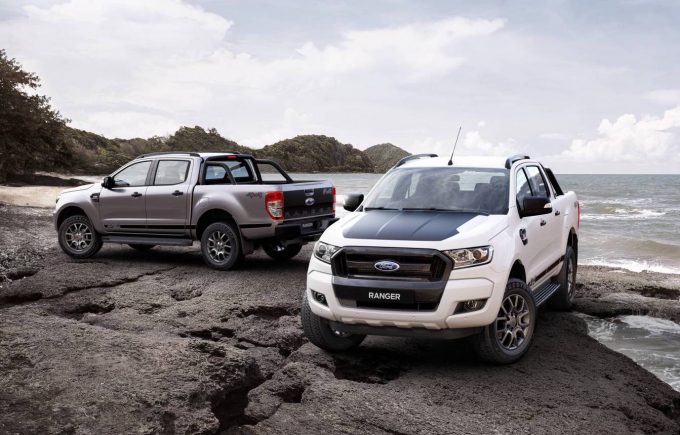 Being designed to handle the best our unforgiving climate can throw at it, the Ranger has a good balance of ground clearance, durability and a well- calibrated throttle to make it one of the user-friendliest dual cabs available. The whole ‘Australian engineered’ thing is more than just marketing, it gives this one a distinct advantage. That goes for the Mazda BT-50 as well since they are essentially the same car underneath. Bring on the Raptor! (Current Ranger FX4 shown) 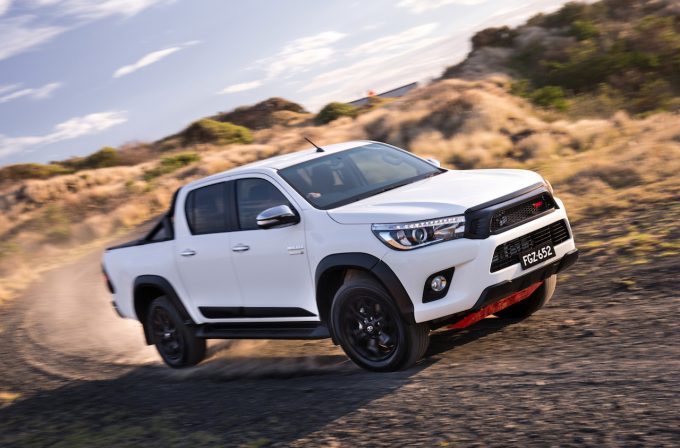 With decades of market dominance, the level of aftermarket support the Toyota HiLux has is second to none. If you’re planning to gussy up your Luxy to ford rivers and take on harsh terrain then there are many options. The unbreakable formula remains intact, with a ‘Rugged’ version due soon with better off-road credentials. (Current HiLux TRD shown) 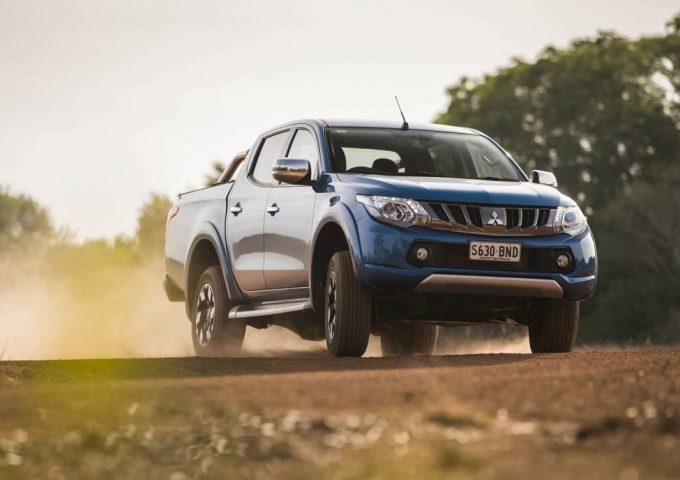 The Triton has held on for years because buyers trust it and it occupies a more value oriented niche than the Ranger or HiLux. For generally less outlay, you get a ute with a 5 year warranty, centre as well as rear diff locks and decades of off-road engineering expertise. (Current Mitsubishi Triton shown)