The 2019 Suzuki Jimny is the antidote to those who feel that SUVs have become too soft. In defiance of the ever-growing list of crossovers that look the part but can’t walk the walk, along comes Jimny as a traditional, adventure-ready 4×4 with a modern twist.

Utilising an all-new architecture, Suzuki has brought the nameplate up to modern standards with increased safety, a contemporary cabin and fresh styling. Underneath, it uses traditional solid axles front and rear, which would ordinarily compromise its day-to-day driving abilities. Do the tough, off-road oriented underpinnings spoil the car for everyday driving? Or has the little tyke matured into a daily-driver? Read on to find out. 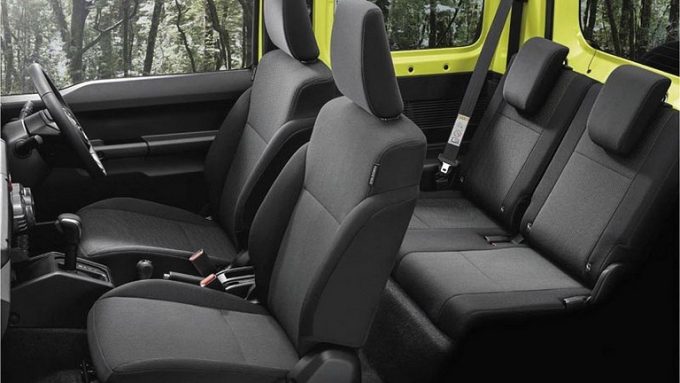 Considering the Jimny’s two box form factor and its upright windscreen layout, the vehicle can fit four passengers comfortably within its tiny 2250mm wheelbase. Some clever packaging is applied here, with the rear two seats pushed almost to the rear of the vehicle. As a result, if you want any more than 85 litres of cargo space, you’ll need to fold that row down for a full 830L. The two rear seats feature ISOFIX child seat anchorages.

As the vehicle enjoys Kei car status in Japan (without the body extensions and wheel arch flares), it is 3480mm long, 1645mm wide and 1720mm tall. The seating layout is upright with the dashboard pushed right against the firewall for maximum packaging efficiency.

Regrettably, the steering wheel is only adjustable for height, not reach, which means the position of the wheel might take some getting used to. Seats are surprisingly supportive for a vehicle of this calibre. Overall, we never found the driving experience tiresome or uncomfortable.

The most noticeable attribute of the new interior is Suzuki’s touch-screen infotainment system, which included integrated satnav as well as Apple CarPlay and Android Auto. The two-speaker stereo sounds better than you would think and there is auxillary and USB input too.

On the flipside, the touch slider volume control is not ideal, but luckily the modern steering wheel -also seen in the Swift- has several pleasant-to-use controls at your fingertips, so this never bothered us. Power window switches in the centre stack are definitely a quirky touch, but the mirror switch hidden away to the right of the steering column made us think the car had manual mirrors for most of the week.

Instruments are utilitarian and very easy to read – especially the 180km/h speedo without the numbers squeezed together. The HVAC controls will be familiar to anybody who has driven the latest Swift.

Judging by the rapturous response it has received, Suzuki’s designers have done an outstanding job of keeping the cutesy aspect of the design, without losing any of the toughness. In one fell swoop the car has been transformed from ‘dated utilitarian’ to almost retro-futurism.

The dinky circular lights set in a black grille fascia combined with out car’s ‘Kinetic Yellow’ paint job drew smiles and adoration everywhere we went, including the local fast-food drive through, where a staff member could barely contain her glee; joyfully remarking:“ I love your car!”

Inside, the dash-mounted grab handle instills a real sense of adventure and gives a clue to the little wagon’s action-packed capabilities. And yet, the car is just so functional –everything is there for a purpose with no excess. It’s a remarkable balance.

A 1.5-litre naturally aspirated four-cylinder engine motivates the Jimny, developing 75kW at 6000rpm and 130Nm at 4000. This doesn’t sound like much, but it’s worth bearing in mind the car weighs just 1075kg. It’s worth bearing in mind, however, the car is not very aerodynamic. As a result, expect a 0-100km/h time around the 15 second mark. The five-speed manual is considerably quicker thanks to its extra ratio, shaving 3 seconds off that time.

Around town, where aerodynamics don’t matter as much, the car felt perky and responsive enough to keep up with traffic but it’s not what you’d call scintilating.

If towing is your jam, the ratings are 350kg unbraked and 1300kg braked.

A four-speed automatic is hardly what you’d call cutting edge, but it’s tried and true and gets the job done. A six-speeder would no doubt push the price up, while a CVT would be a non-starter since its ‘elastic’ response isn’t ideal for off-roading. It suits the car’s non-nonsense philosophy to a tee while returning decent fuel economy in the process.
The available five-speed manual for $2000 less might suit more traditional buyers, with mildly better performance if you don’t mind shifting gears yourself.

Regardless of which Jimny you choose, there’s a range selector behind the gearbox, with 2H, 4H and 4L for low range rock crawling.

As this is a 4×4, we will also include its off-roading credentials in this section, but first we’ll discuss how it fares with normal day-to-day car duties.

The Jimny is suspended front and rear by non-independent, coil sprung live axles, with a recirculating ball steering setup. Reading this, you could be forgiven for expecting something agricultural and cumbersome, but the Jimny’s narrow dimensions and clever engineering make the car great to live with.

Visibility is excellent which means it is not bad for seizing gaps in traffic. If you’re changing from an older, ladder framed off-roader, the Jimny will feel civilised, but if you’re coming from an ordinary car, it will feel alien initially but even novice drivers will acclimatise very quickly.

Given the car’s purpose, you’re not going to be tempted to go barreling down a twisty canyon but if you keep the car’s primary mission in mind, it is surprisingly nimble. Due to its 210mm of ground clearance and softly-sprung suspension, it doesn’t respond as well to sudden changes of direction as a regular car, but it’s electronic safety net keeps it out of trouble. With thin tyres and a high centre-of-gravity, you do the math.

When its time to venture off the beaten path, the aforementioned ground clearance, 37 degree approach and 49 degree departure angle mean plenty of fun, with the light kerb weight and narrow dimensions helping the Jimny slip into areas that would have Patrols and LandCruisers floundering. While there is no triple differential locks as you’d get in a Mercedes-Benz G-Class, it nevertheless remains a true, classic off-roader with none of the fancy new mod-cons diminishing its capability.

Should Suzuki bring out a 2WD version with an independent front suspension setup? Or would that defeat the purpose and diminish its authenticity? In our opinion, the 4×4 version is well executed enough for city driving that the only potential benefit would be a lower entry price. 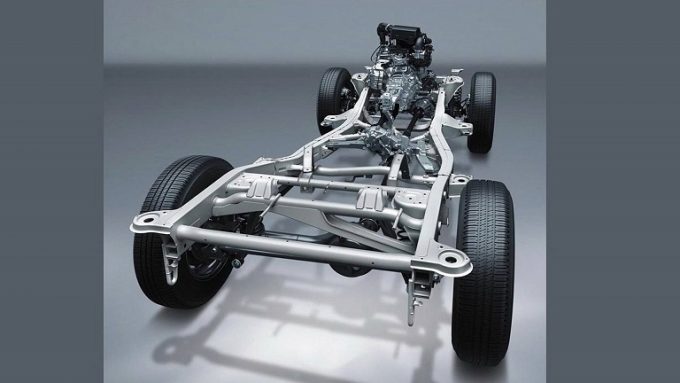 If you’re expecting Lexus levels of refinement, jog on. The ride, however, is very good thanks to the high ground clearance and soft suspension. The thin 195/80 tyres don’t make as much noise as you’d think, but their high profile also gives the car a surprisingly cossetting ride. It is well-damped enough not to feel overly bouncy, too.
At 110km/h, where the car is around the 3000rpm mark, the engine is singing at a higher octave, but it doesn’t drone in an old-school manner. The large mirrors and bluff windscreen do generate the expected level of wind noise, however. When you add the caveat: ‘for an off-roader,’ the Jimny doesn’t do too badly in this department.

Official fuel consumption is rated at 6.9L/100km for the manual Jimny and 6.4 for the auto tested here. The fuel tank is 40 litres in capacity and is fine with a diet of regular unleaded.

Before we comment on the Jimny’s three star ANCAP rating, it’s worth noting that ANCAP’s standards have become extremely strict in recent years (as they should). Passive safety was decent, with a 73 per cent rating for adult protection, 84 per cent for children, the car’s boxy form wasn’t particularly friendly to ‘vulnerable road users’ (cyclists, pedestrians etc) at 52 per cent.

The standard active safety suite consists of autonomous emergency braking (AEB) and lane departure warning. ANCAP found the active systems worked under most circumstances except the cyclist test. You can read the full report here.

Objectively speaking, the car’s structure held up well and we are pleasantly surprised by the car’s excellent side impact test results. A three star ANCAP rating in 2019 is definitely not what you would call ‘unsafe’ and we are confident with some fine-tuning of the systems, a four or even five star rating is within reach. The Jimny fares much better than the all-new 2019 Jeep Wrangler, which only managed one star.

In so many ways, the $25,990 Jimny Auto 4×4 is in a class of its own here, since it has no direct competition in this price bracket. It’s the only three-door SUV under $30,000, it’s the only ladder-frame, bona fide compact SUV on sale in Australia. Since we must consider standard equipment, it’s worth noting that it comes loaded with enough creature comforts to satisfy this aspect as well. The Jimny is covered by a three year/ 100,000km warranty.

Suzuki has done very well to accentuate the car’s character while minimizing the compromises associated with a genuine off-roader. If you’re tossing up between a more conventional crossover or the more hardcore Jimny, it’s worth remembering the Jimny will open up more possibilities for weekend adventures.

The fourth-gen lifts standard to new level of refinement while looking cuter than ever and it definitely got under our skin during our time together.