Fans of the famed Mitsubishi Evolution, rejoice! A teaser for the e-Evolution concept has been teased ahead of its Tokyo Motor Show debut, commencing October 27. 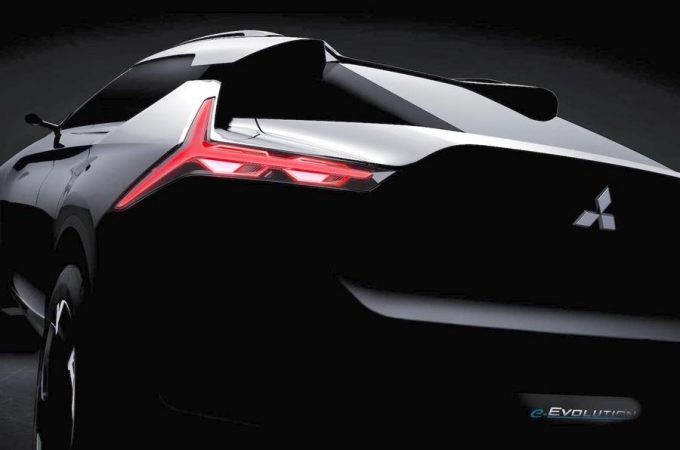 The teaser photo is a blacked-out three-quarter rear shot, which depicts a coupe-SUV silhouette, with a ‘flying buttress’ C-pillar treatment. Taillights subtly echo the last Evolution – the Evolution X – which ceased production in 2016. That ended a lineage that begun in the early 1990s with the first Mitsubishi Lancer Evolution. It developed a cult following thanks to its affordable performance and many rally wins.

The ‘e-‘ prefix indicates a potential hybrid, or fully-electric drivetrain. The vehicle itself could be spawned from a Nissan or Renault platform, through its acquisition of Mitsubishi last year. The most recent Mitsubishi global products are the Eclipse Cross and Expander – Mitsubishi Australia has confirmed the former will land here while the latter is just for South East Asian Markets.

The styling of the e-Evolution appears far more dramatic than recent efforts and indicates that Mitsubishi is looking to get serious about performance again.

This would be the first Evolution not to be based on the Lancer, since the nameplate was first used. More details as they come to hand.