The new 2018 Volvo XC60 has been awarded a five-star ANCAP safety rating, just weeks after it was launched in Australia. This will be great news to those in the market for a safe, family medium-size SUV. 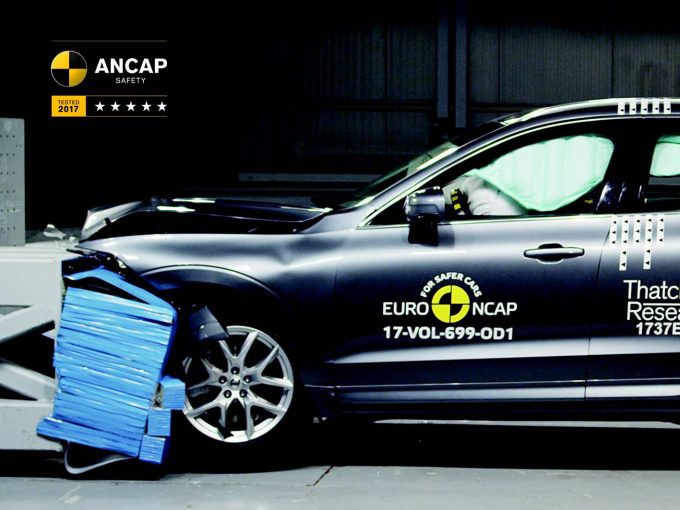 Although not actually tested in Australia by ANCAP, the local ANCAP division has analysed all data from the Euro NCAP division after it crash tested the new model. Tests included the usual front end, offset frontal, side and pole tests, and the performance of autonomous driving assist systems.

Remarkably, the 2018 XC60 scored 98 per cent for adult occupant protection and 95 per cent for driving assist tech. These are the highest totals ever awarded to a vehicle under ANCAP, essentially making it the safest SUV on the market. James Goodwin, ANCAP CEO, said in a recent statement:

“The XC60 passed the assessment achieving not only 5 stars, but taking out the highest scores to date in the areas of Adult Occupant Protection and Safety Assist. High levels of protection were recorded for occupants in all four crash tests, with only the chest of the rear passenger in the full width test and the lower legs of the driver in the frontal offset test seeing points deducted.”

All variants come with autonomous emergency braking technology as standard, working at low and high speeds and with pedestrian detection capability. It also comes with speed limit sign recognition.