What is the safest new SUV? SUVs are often chosen for their perception of superior safety compared with their lower riding, car counterparts. Typically, there is some truth to this, with the higher driving position affording a commanding view of what’s going on. The higher mass of SUVs generally means they fare better than the cars they impact, too. 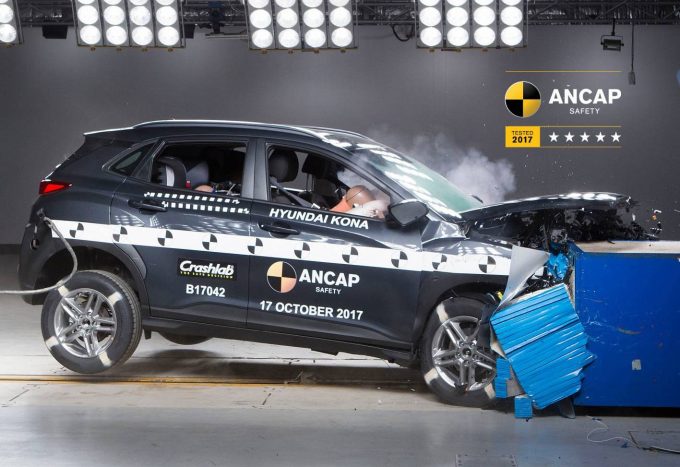 The drawbacks have typically been that the heavier SUVs with a higher centre of gravity aren’t as good as evading accidents as a regular car. The larger ones can also block the view for other drivers trying to negotiate intersections and, as mentioned they tend to inflict more damage due to their higher mass.

Luckily, almost all new SUVs boast a five star ANCAP safety rating, with the latest driver assistance tech, strong passenger cells and even some features that minimise impact to other vehicles. Here are ten of the safest SUVs, chosen for popularity and relevance to today’s market.

The first XC90 debuted many novel safety features when it first debuted, including a bar to activate the crumple zones of other, smaller vehicles in a collision, an integrated child seat and class-first safety systems. The all-new, second-gen XC90 includes Volvo’s IntelliSafe system, that scans the road for obstacles, including cyclists. Other innovations include seatbelts and seats that protect your spine in a crash.

The same applies to the fresh new Volvo XC60 for the medium SUV segment. In addition to XC90’s safety arsenal, which goes over and above what anyone could imagine, the XC60, which shares its SPA (Scalable Platform Architecture) also includes Evasive Manoeuvre Assist, which can further assist steering and braking input on the inner wheels when the cameras detect an object.

The all-new G01 BMW X3 benefits not only from BMW’s state-of-the-art CLAR architecture, but also many active driving features such as steering and lane control assist, lane change assistant to automatically change lanes, evasion aid to prime the car for a crash avoidance manoeuvre and crossroads warning to see vehicles ahead at intersection blind spots.

Australia’s most popular SUV is also one of the safest. Not only does it manage a full five star ANCAP rating, but it boasts a strong chassis, autonomous emergency braking, speed limiter and lane departure warning with lane keep assist on top level models. Its added agility over rivals also assists with crash avoidance.

Benefitting from the Subaru Global Architecture like the Impreza mentioned in our Top 10 Safest New Cars (link) feature, the XV utilises Subaru’s EyeSight technology, with several cameras on the windscreen scanning ahead for obstacles. While autonomous emergency braking and lane support systems aren’t available on the base variants, the safety package is nonetheless sound in this hatchback-based crossover.

Significantly lighter than its predecessor, which aids in manoeuvrability and potential damage caused to other road users, the Discovery 5 has a more aluminium-intensive structure than before. Disco scored a full five star rating, with an arsenal of airbags and pedestrian avoidance technology including autonomous emergency braking.

In addition to being up to 90kg lighter, thanks to a stronger structure, the larger Audi Q5 shares its MLB Evo platform with Porsche and Bentley models. Good enough for them, good enough for Audi. The new Q5 is equipped with all the latest driver assistance technology and designed to pass the most stringent crash tests in the world, including the USA’s IIHS frontal offset test.

It’s the most popular large SUV on sale in Australia, so it’s good to know the Prado has been awarded the full five-star ANCAP safety rating. Last tested in 2010, ANCAP says the top score applies to all variants of the Prado. It received an overall score of 35.11 out of 37, which is easily past the 32.5 threshold for five stars. Despite being a proper, heavy-duty 4×4, the high safety proves why it is such a favourite with everybody from city-dwelling families to rural farming types.

Hyundai’s newest compact SUV, the boldly-styled Kona gets the company’s most up-to-date safety engineering, including a suite of airbags, strong chassis and driver assistance tech. You’ll pay $1500 option for AEB on the entry-level Active, but its inclusion as well as rear cross-traffic alert and blind spot indicator shows a commitment to safety for what is sure to be one of the most popular small SUVs.