A teaser video for the upcoming 2019 Toyota RAV4 has surfaced, showing the front-end treatment for the all new vehicle. 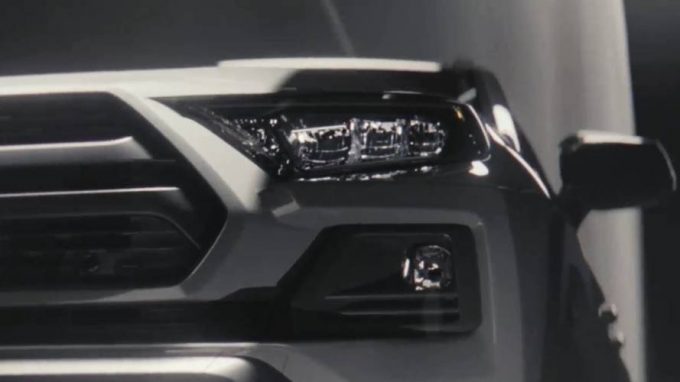 Set to sit atop the Toyota New Global Architecture (TNGA) that has so transformed the Prius, Camry and soon, Corolla, the new RAV4 features much fresher and more modern front end styling elements, and is scheduled for a full reveal at the 2018 New York Auto Show.

Jeweled LED headlamps, a hungry grille with two prominent bars and a big Toyota badge should make it easy to distinguish one of the most anticipated new medium SUVs of 2018-2019. Its styling appears reminiscent of the FT-AC concept shown last year at Los Angeles in 2017. Given that Honda CR-V, Mitsubishi Outlander and Nissan X-Trail all now offer seven-seat versions, it’s safe to expect that this attribute will make its way to the RAV4, while it should also maintain some of its off-roading prowess, thanks to a centre locking differential.

Passenger and cargo space, safety and driving dynamics should all receive a major boost with the introduction of this fifth-generation RAV4. The interior will feature a new electronic architecture and integrated touch screen, doing away with the ergonomic foibles of today’s model.

In terms of powertrain, expect Toyota’s new ‘Dynamic Force’ 2.0 and 2.5-litre four-cylinders to feature, as seen in the latest Camry and upcoming Corolla. Hybrids are expected to replace diesels worldwide. Check out the video below for more and stay tuned to Top10Cars.com.au for live coverage as it is revealed at the 2018 NYIAS.