The best SUVs Australia has available shifts dramatically on a regular basis, since the segment has exploded in recent years. Every major carmaker is throwing most of their resources at creating the best SUV, sometimes at the expense or regular sedans and hatches. Aside from dual-cab utes, no other segment is experiencing this much growth.

What does SUV stand for? It stands for Sports Utility Vehicle, a term which originated in the USA and initially conjured up images of the best off-roaders tackling rough terrain. As the SUV converged with the regular car, the advent of the crossover meant it was primarily about looks and packaging rather than having the top SUV 4×4 for dedicated off-roading.

Here is a quick new car calendar of some notable SUVs inbound for the rest of the year. If you’re specifically after small SUV, midsize SUV, large SUV, most economical SUV, best off-road SUV or electric SUV on the way, then click the associated links.

Jaguar’s smallest SUV is destined to become its best seller and gives the British marque a rival to BMW X1, Mercedes-Benz GLA and the Audi Q3, which is also set to undergo a refresh later this year. The E-Pace starts from $47,750 and can be had with a number of turbo-diesel and petrol engines, between 110kW and 380Nm up to a 221kW/400Nm 2.0-litre. 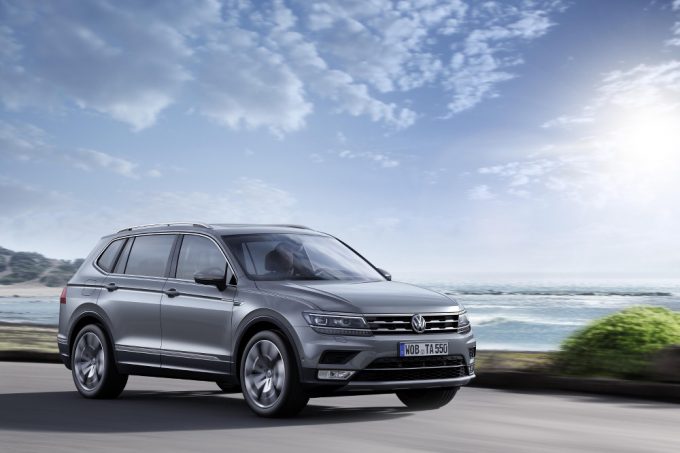 Volksie’s new 7 seat medium SUV gives it a direct rival for the Nissan X-Trail, Mitsubishi Outlander and Honda CR-V, which has just sprouted an extra pair of seats. Volkswagen describes it as a 5+2, which probably means the rear most seats aren’t the most accomodating, but should do the trick for many large families. When it arrives, expect a slight premium over the base Tiguan’s $31,990 (before on-road costs) asking price. If you want something more upmarket, the Toaureg could scrape in before year’s end too. 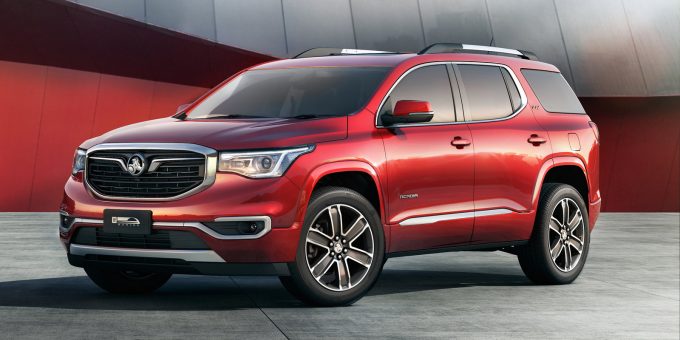 Filling the void left by the Captiva 7, but closer in size to a Toyota Kluger, Sourced from the good ol’ US-of-A, the Acadia is sold there as a GMC-badged product. It measures 4918mm long and 1916mm wide, meaning space should be on par with CX-9 and Kluger. Expect the full suite of Apple CarPlay, Android Auto and other features across the range and a torquey 3.6-litre V6. Holden engineers are still putting the finishing touches on this baby before it hits the showroom mid-year. It will be a much-needed companion to the smaller Holden Equinox. 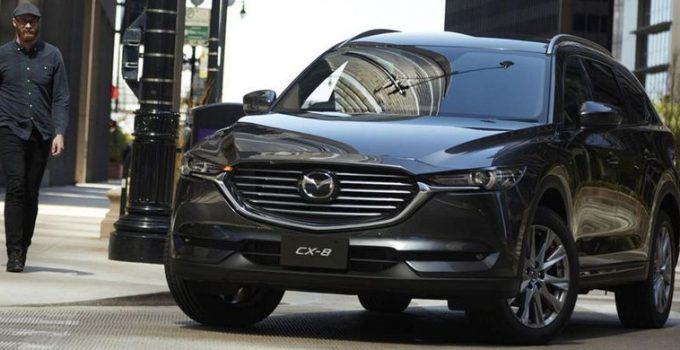 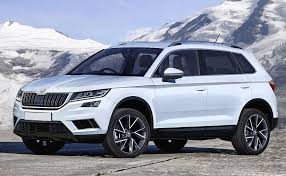 Aiming to be the best SUV under $30,000, the Skoa Karoq is closely related to the Volkswagen Tiguan, but will offer more value, Czech styling charm and the ‘Simply Clever’ novelty features that have come to define modern Skodas, such as fold-down picnic tables with cupholers, umbrellas and storage bins. It is expected to be offered with a combination of petrol and diesel engines with front or all-wheel drive, and should serve as a complement to the Skoda Kodiaq midsize SUV. 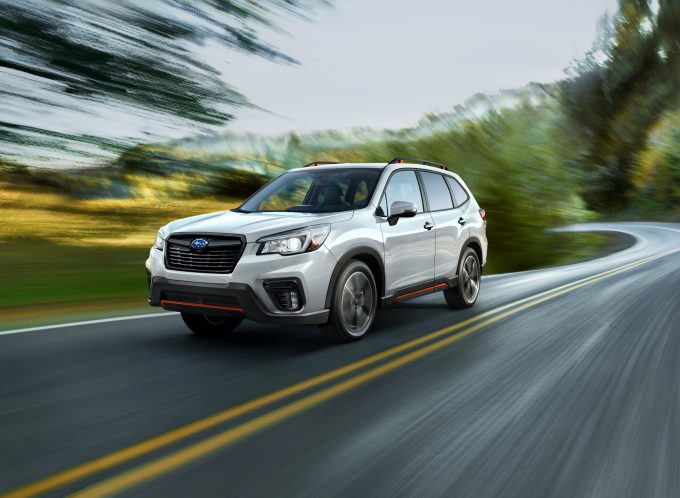 Subaru’s all-new Forester ups the ante for safety technology, efficiency, space and in car entertainment. While turbo engines aren’t on the agenda for now, the longer wheelbase of 2670mm and 220mm of ground clearance mean it will be both accommodating and adventure ready. Stay tuned for local prices as soon as they are announced.

As covered in our hardcore offroaders coming soon feature, Jeep’s all-new, fully-redesigned Wrangler increases its user-friendliness, gives it a modern interior without sacrificing any of its rock-hopping prowess whatsoever. Still with a fold-down windscreen, removable panels and twin live axle setup, we can’t wait to see this one in the metal. It will remain in a league of its own until the 2020 Ford Bronco arrives. 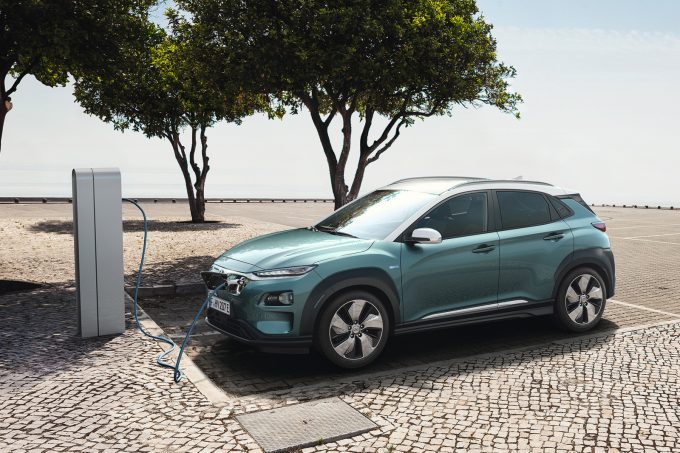 Although the 2019 Santa Fe is one of the most important new car launches of 2018, the Kona Electric should squeeze through before the new year, with 470km of range thanks to a 64kWh battery pack. The higher-range model features a 150kW/395Nm e-motor and can sprint to 100km/h in 7.4seconds, on its way to a 167km/h top speed. The electric Kona is huge news, as it will beat the Tesla Model Y to market and could be a real game changer for EVs in terms of value-for-money. 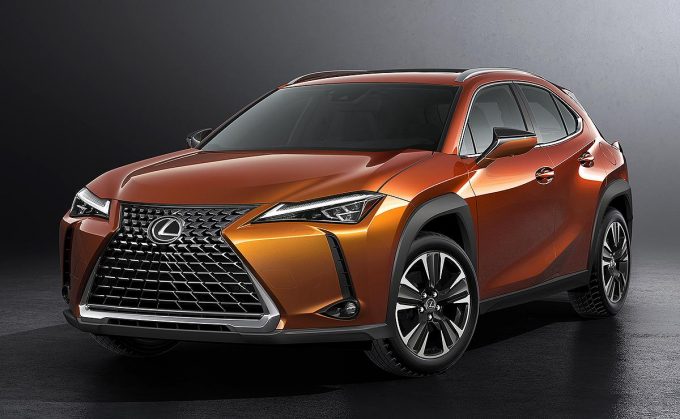 Giving Lexus a competitor to the likes of BMW X1 and Audi Q3 -itself due for a redesign this year- is crucial from a volume standpoint for the luxury Japanese automaker. Derived from the same platform as the Toyota C-HR, the Lexus UX will be available with a 2.0-litre naturally aspirated or hybrid powertrain, in UX200 and UX 250h variants. 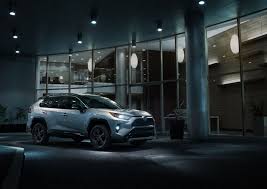 While just missing the deadline to be included in the 2018 list, we figured it was too important to miss as it has the potential to shake up the status-quo. Derived from the same TNGA platform as the Camry and upcoming Corolla, the RAV4 will bring new engines, a new interior and new infotainment technology to a car desperately in need of update. It might even finally dethrone the Mazda CX-5 as best-seller. We might also see the 2019 Toyota Kluger debut shortly after that .