The all-new, 2018 Porsche Cayenne Turbo has made its public debut at the 2017 Frankfurt motor show, sporting a fresh design, more powerful engine, and plenty of new technologies. 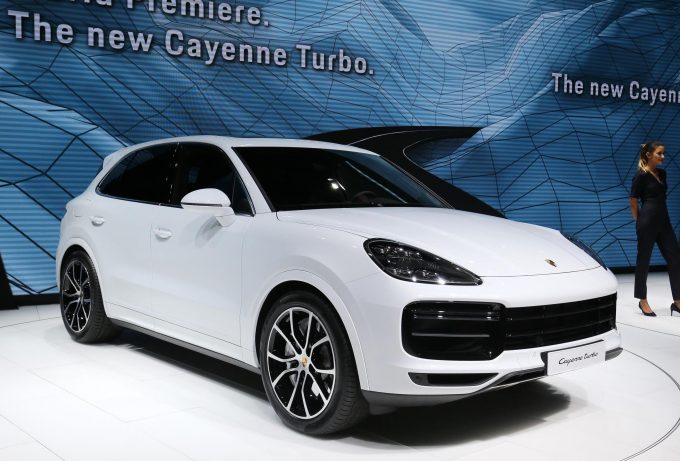 Porsche has enjoyed huge success with the Cayenne since its introduction in 2003. It was the best-selling model in the showroom for quite some time but it has since been overtaken by the smaller, and arguably more advanced and more agile Macan.

To help the big brother keep up, Porsche has made some massive changes for the 2018 model. Firstly, it’s based on Volkswagen Group’s latest MLB Evo platform. This helps shed some weight but also improve driving dynamics and chassis rigidity.

For the 2018 Turbo variant, which is the flagship so far, the SUV comes with three-chamber adaptive air suspension. It presents the driver with three modes, including ‘off-road’, ‘comfort’ and ‘sports’, making the Cayenne a very versatile machine. 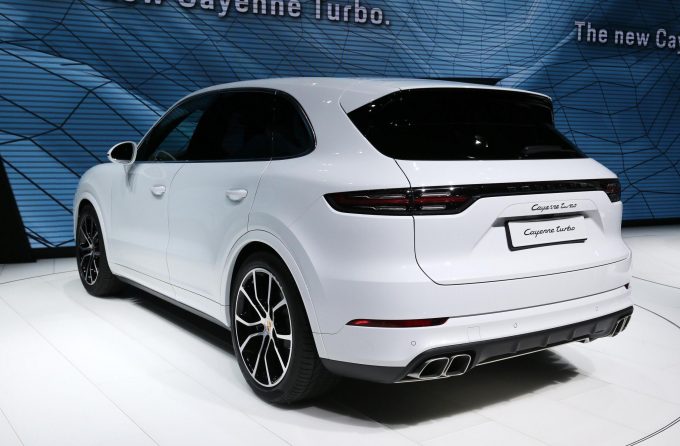 Further to this, Porsche Dynamic Chassis Control is fitted as standard, coming equipped with electronic roll stabilisation via a 48-volt electric system. If that’s not enough, the big Porsche comes with Torque Vectoring Plus for the ultimate in around-corner stability and grip.

And it needs the grip, as power comes from a 4.0-litre twin-turbo V8 bursting out 404kW and a whopping 770Nm. Across the standard 0-100km/h sprint, the SUV stops the clock in 4.1 seconds. Opting for the Sport Chrono pack sees this drop to 3.9 seconds.

Porsche has dressed up the interior for a sporty aesthetic, with hip-hugging seats in the front, lots of leather, and a smart new dash featuring a large touch-screen. The dash has been cleaned up compared with the outgoing model, with fewer buttons and more control through the digital screen. Tunes are played through a 710-Watt Bose sound system.

Porsche Australia is yet to confirm local prices, but it has said in a recent statement that deliveries will start to land Down Under during about the middle of 2018. 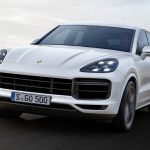 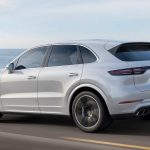 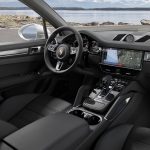 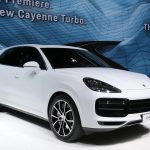 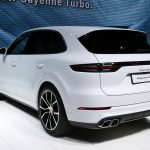