The 2018 Holden Commodore Supercars prototype has broken cover in real life, after renderings were shown to the public earlier this year. 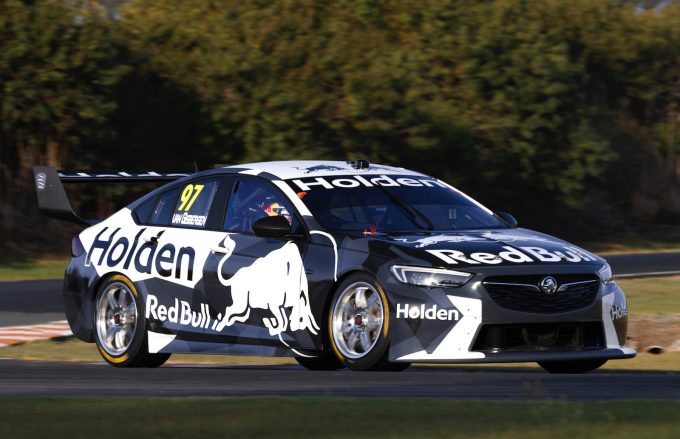 The ZB Commodore-based entry will initially be fielding a carry-over 5.0-litre V8, with a twin-turbo V6 wildcard entry making way for the staple entry in 2019. The Commodore will be the only new debutant for 2018, with Ford Falcons carrying over as well as Nissan’s Altima.

The racecar version of the ZB Commodore will be the only rear-wheel drive V8 version of that car, with the production car only using turbo four-cylinders and a naturally-aspirated V6. It’s the first time in the Holden Commodore’s history that the V8 RWD configuration is not available on a production version. The overall hatchback shape is retained, but an elongated dash-to-axle area indicates the different engine configuration.

“The car looks fantastic in its livery and the new aero kit is pretty special. I’m looking forward to feeling how it goes. It’s a smaller car, but it still manages to look tough and aggressive. I think the big wing hanging off the back to make it get to the length makes it look super-tough. Big endplates, it looks pretty cool.”

The car was revealed for the first time for a 60km shakedown, to test components and optimise the car’s aerodynamic package. The ZB Commodore Supercar makes its racing debut early next year. 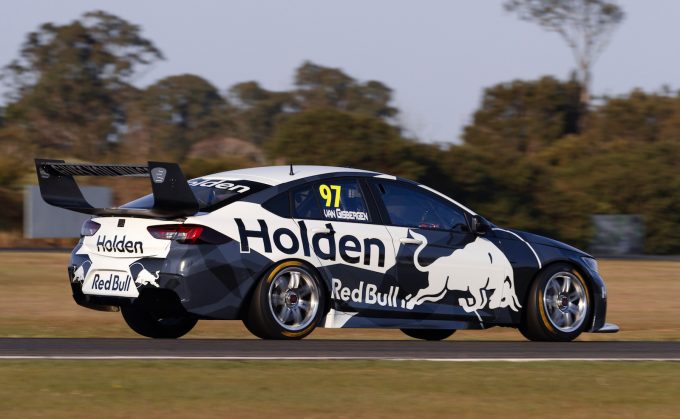