Even if you believe that you have seen it all and that there is nothing new to discover in your chosen field, the internet will always prove you wrong with some mind-blowing unknown facts hidden in its darkest abyss. 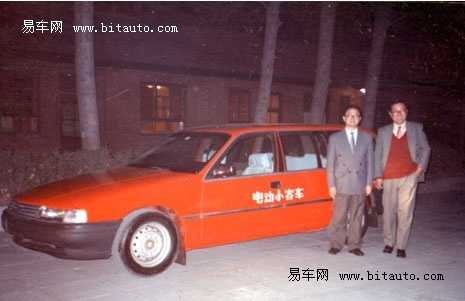 This was one such discovery. Holden’s VN Commodore is known for many things; Australia’s best-selling car from 1988 into the 1990s, a single-peggin,’ mang-mang mobile, or a Mount Druitt lawn ornament. But a test-bed for advanced Chinese electric cars? You bet.

Throughout the 1990s, Chinese universities and automakers conducted a series of tests to evaluate the viability of battery electric technology at the time and how electric vehicles might fare against their petrol-powered counterparts.

While the sources do not translate elegantly to English, it would appear that Beijing Auto Works (later BYD-Auto) had a series of VN Commodore wagons in the mid 1990s, outfitted them with batteries and 96kW electric motors and had the intention to produce them domestically. They are even in left-hand drive, pre-dating Holden’s LHD export program that came with the VT.

Codenamed BJ6490, several variations were built, with different battery types, such as lead-acid, nickel cadmium and nickel-metal hydride, with a hybrid version adding a 75kW petrol generator. These trials didn’t translate directly into a production car, but the research conducted on these vehicles paved the way for some of the most cutting edge hybrids and electric vehicles made in China. The BYD Tang, for example, is capable of a 0-100km/h time of 4.9 seconds and consumes an average of 2.0L/100km.

So here is a little-known piece of Commodore history, in addition to the VT Ecommodore, VE electric cars and even whispers of a VS hybrid being built by a university team. Anyone who tells you the VN Commodore is a low-rent bogan box, tell them about the Chinese electric version. 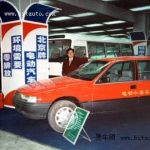 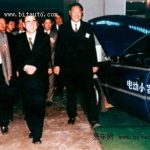