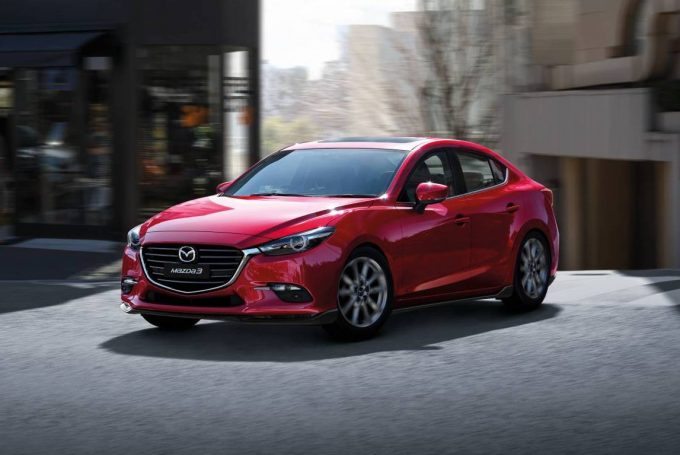 The colour, which debuted in April on the new CX-5, is an evolution of the existing Soul Red colour available on most Mazda vehicles. Paint engineers have enhanced the red resulting in a finish that’s 20 per cent higher in colour saturation while presenting a 50 per cent increase in depth.

This was achieved by a new three-layer application method which includes clear, translucent and reflect coats. A richer red pigment has been used for the increase in saturation, while the reflective coat is made up of very thin aluminium flakes.

Mazda says the flakes are uniform in size for more consistent coverage, while a new drying technique has helped reduce the volume of paint required without losing depth. As a result, the paint finish is smoother, with a more even control of light reflection. Mazda Australia director of marketing Alastair Doak said:

“The roll out of Soul Red Crystal is characteristic of Mazda’s approach to constantly improving and enhancing the range. The new paint exudes an exuberance that honours the KODO design philosophies and a beauty that truly celebrates driving.”

No formal details have been announced in regards to pricing for the Soul Red Crystal option, but as a guide the outgoing Soul Red, which is part of the premium colour range like Machine Grey, commands a $300 premium over the regular colours. Mazda says the colour has been optioned on around 22 per cent of CX-5 orders, giving you some idea of its popularity.