The 2019 Volkswagen Touareg has been fully unveiled, ushering in the era of the third-generation of Volkswagen’s premium luxury SUV. 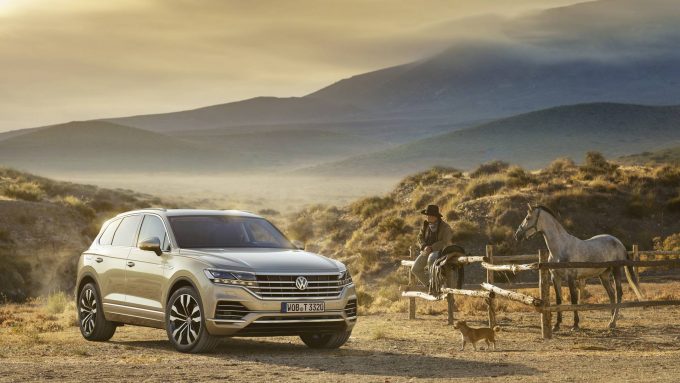 Utilising the same MLB Evo platform as the Audi Q7, Porsche Cayenne, Lamborghini Urus and Bentley Bentayga, Volkswagen’s version has swollen in size to the tune of 77mm in length (now 4878mm), 44mm in width (1984mm), while sitting 7mm lower at 1702mm. Bootspace increases to 810 litres from 697 of the current-gen Touareg. Crucially, the new platform has shed as much as 106kg thanks to an aluminium and high-tensile steel intensive chassis.

Three drivetrains will be available in the new Touareg, depending on market, including two diesels and a plug-in hybrid. The 3.0-litre turbo-diesel V6 churns out either 170kW/500Nm or 210kW/610Nm, and a 4.0-litre twin-turbo diesel V8 bruiser smashing out 310kW and 664Nm, similar to that seen in the Audi SQ7 and Bentley Bentayga Diesel. The 270kW plug-in hybrid is aimed specifically at the Chinese market, but that doesn’t mean it won’t be available elsewhere.

The new design combines Volkswagen’s bold new grille and shoulder lines seen on other vehicles in the lineup, such as the Arteon and Passat. There is an accentuated hip line and ‘TOUAREG’ spelt across the rear tailgate. Wheel sizes vary from 18- to 21-inches in diameter, while the headlights contain a matrix of 128 LEDs per unit.

Inside, it is more sumptuous than ever before. A 15-inch infotainment touchscreen is the most notable feature, augmented by a completely-digital 12-inch instrument display. Air vents have been moved down to near the gear selector. A 14-speaker, 730-watt Dynaudio sound system is also available.

Other features include a panoramic sunroof, four-wheel steering and more. Stay tuned for more details, including news about Australian availability. 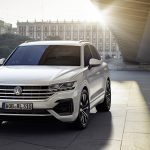 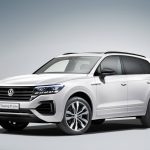 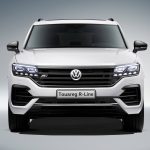 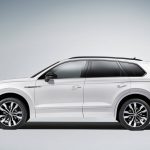 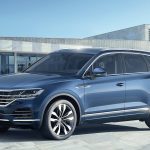 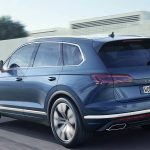 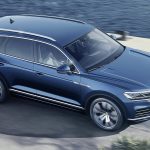 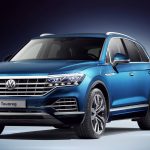 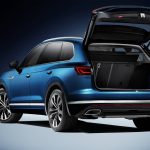 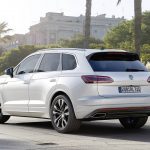 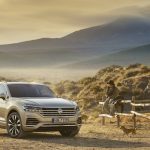 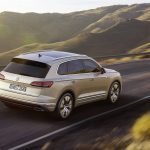 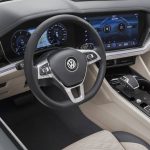 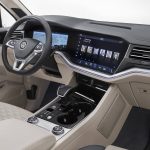 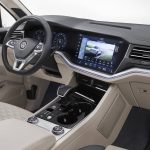 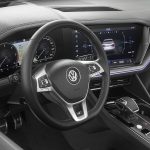 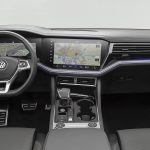 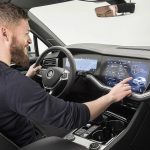 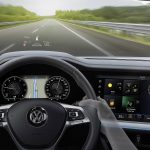