The 4×4 pickup ute sector has never been more fiercely contested or diverse than it is now, whether you’re after something high end or are looking at the cheaper end of the market. The fact that Mercedes-Benz is now weighing in speaks volumes. Speaking of volumes, the 4×4 ute segment has grown in 2017, with 135,004 registrations to the end of November compared with 120,995 the same time last year (VFACTS, October 2017). 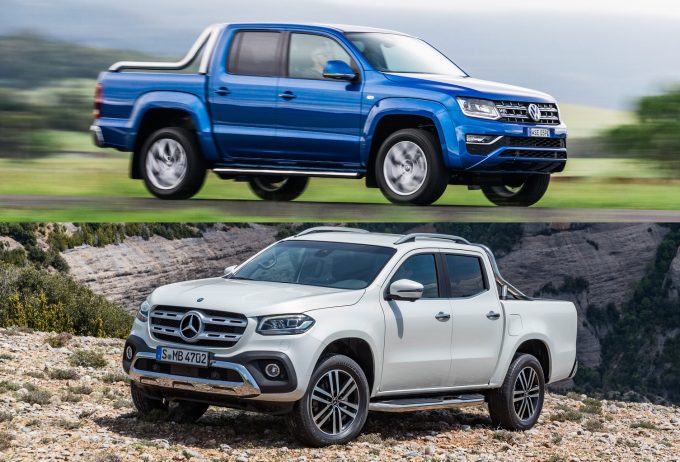 Mercedes is taking the pick-up into uncharted territory, by attaching a prestige badge to a working class ute, but with the comfort, technology and sophistication of all utes from the HiLux and Ranger, even new Chinese utes like the LDV T60 reaching new heights, the time has come.

With all the available data on the X-Class and what many see as its direct rival the Volkswagen Amarok, we thought we’d put it all together to see which one could be the most upmarket choice for a new ute buyer.

Both are storied, aspirational German brands, with high quality reputations, but Volkswagen and Mercedes-Benz have taken different approaches here. The Amarok has been around for a few years now, and recently underwent a mid-cycle facelift, emphasising its square and chiselled lines but adding a new interior to bring it into line with VW’s passenger car range.

The X-Class shares underpinnings and its core body structure with the Nissan Navara NP300, but has underwent a thorough restyling and re-engineering process. To differentiate it from its commoner sibling, the X-Class gets a unique front and rear end design, interior, plus several engineering changes.

There are unmistakable similarities to the donor car, with door panels and overall proportions betraying the origins of the X-Class. While it has faced some criticism for this, credit should be given for tying in front end styling with their SUV range and a more upmarket looking rear.

The Amarok, to our eyes, has aged extremely well, showing how well Volkswagen got it the first time around. But to see a photo of a top-spec X-Class Power in cool ice silver shows the full potential of the Mercedes too. Looks are subjective and both have their strengths, so we’ll tentatively call this a tie for now. 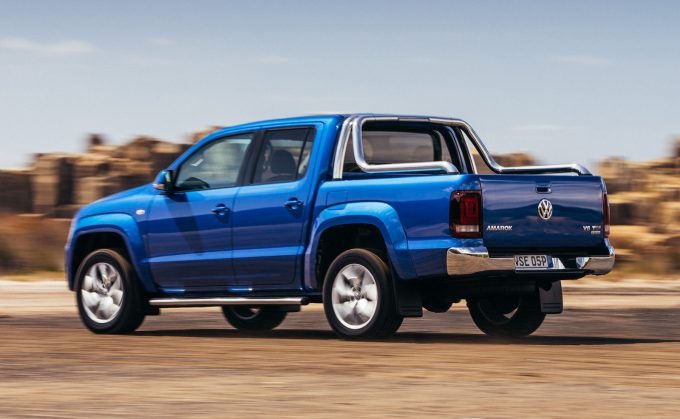 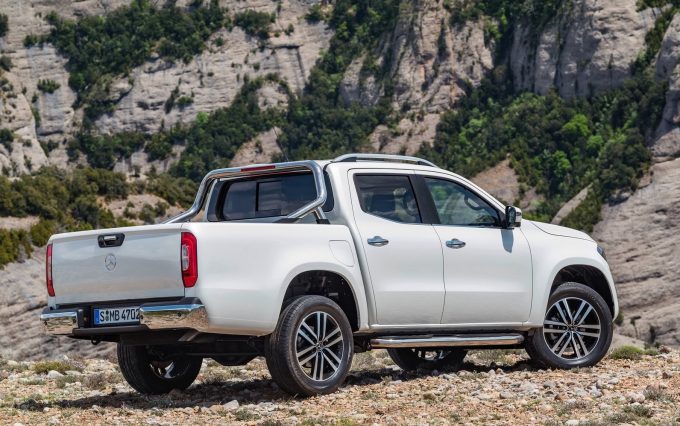 Even in the ultra-competitive pick-up utility arena, the Amarok’s sheer size, accomodation, quality and passenger car features seems to be a another notch up from the next best in class- and we’re talking about the pre-facelift model. Things like soft-touch plastics, reach and rake steering and an infotainment system similar to what you’d find in a Golf or Passat give the Amarok an unfair advantage in this arena.

In the Mercedes corner, a new interior has been created that looks and feels authentic to the brand. Steering wheel, vents, floating screen and much of the switchgear and instruments are all contermporary Mercedes. The textures and trims, including proper metal inserts in the top-spec models appear to fit the premium bill, but some items, such as the gear shifter have Navara written all over them. The inclusion of the COMAND rotary controller in high grade models redeems it somewhat though.

The Amarok’s squarer body may be only 20mm wider, but its square shape may give it a slight edge for middle rear seat capacity. It seems to have a narrow edge for base variants, but too close to call in top-spec. 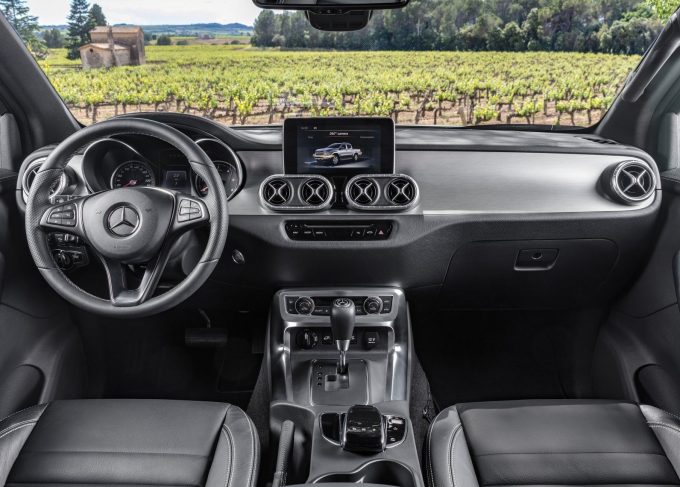 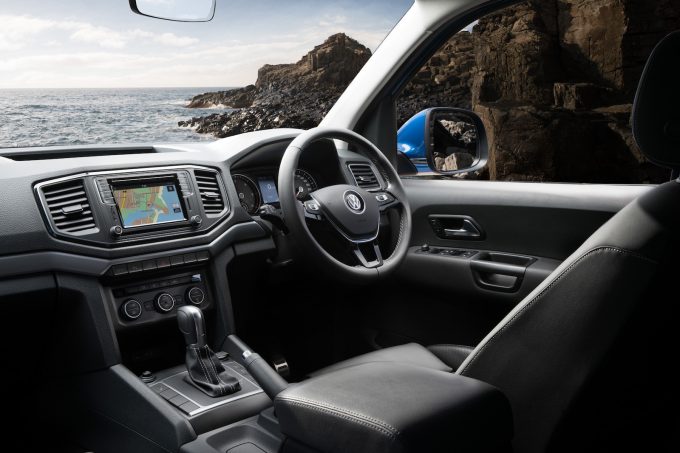 The Australian X-Class range kicks off with the X220d, sharing its turbo-diesel 2.3-litre, 120kW, 403Nm engine with Navara, while the X250d also borrows an engine off its Nissan brother- the twin-turbo version with 140kW and 450Nm.

VW’s base engine of 132kW and 420Nm (400Nm manual) splits them down the middle, but its automatic gearbox has eight speeds to the Merc’s seven-speed effort.

Both of these utilities are currently the only two with a six-cylinder option in their class. Starting from mid-2018, the X350d will be an automatic-only proposition, powered by a 3.0-litre turbo-diesel V6, developing 190kW and 550Nm at 1600rpm, giving it class honours for now.

Volkswagen’s Amarok TDI550 variant coaxes 165kW and 550Nm from as low as 1500-2500 rpm from its V6 turbo-diesel engine, but an overboost function gives it 180kW and 580Nm for periods of time. Furthermore, a concept shown at the Frankfurt Motor Show indicates a 190kW version could be on the way and a six-speed manual V6 Amarok will be available from 2018.

In terms of off-road ability, the Amarok doesn’t have low-range, but with all those ratios, it doesn’t really need it. It boasts approach angle of 28 degrees, departure of 23.6 degrees and a 500mm wading depth. The X-Class, by comparison is 30.1 degrees approach, 25.9 departure and 600mm wading depth. It has the same low range gearbox as the Navara, and having taken a Navara for rigorous off-roading, we can confirm it is a very handy tool.

It’s also worth noting that both are able to carry a standard Australian pallet without having to option an aftermarket tray, unlike rivals. Pretty hard to split here but the X-Class looks to have the goods on paper when it comes to off-road. 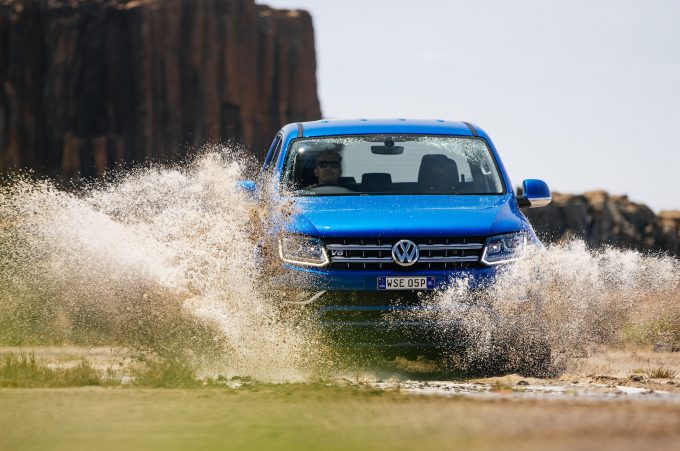 Price-wise, the Amarok ranges between $38,490 before on-roads to $67,990 for the TDI550 Ultimate version, at time of writing. A new Aventura model could push through the $70K barrier next year.

Mercedes-Benz has kept the X-Class pricing rather competitive, with the base X220d Pure manual starting from $45,450, all the way up to X250d Power 4Matic at $64,500. The V6 X350d might nudge $70k too, but it will be available in mid-spec Progressive as well as top-range Power variants. Both cars will come with capped price service schemes and three-year/100,000km warranties. 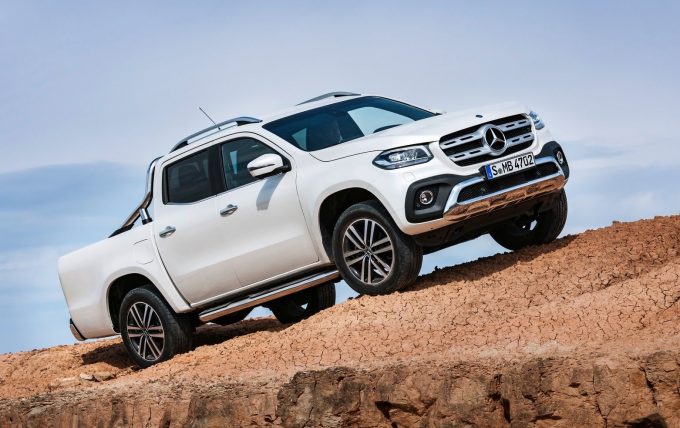 These two German utes are in the eyes of many, the cream of the crop at the moment. With the ruthless competition of this breed, however, you can bet your bottom dollar that chief rivals will up the ante soon, with expected luxury and off-road HiLuxes and, of course of the 2018 Ford Ranger Raptor.

For now, we have a purebred Volkswagen Amarok with some dazzling advantages, exceptional build quality and a mechanical package that elevates it above the very strong competitive field. And we have a mongrel Mercedes-Benz with an undeniable depth of engineering and ambition that hits many targets, but it will be up to a first drive and, of course, customers if its Nissan Navara genes shine through. 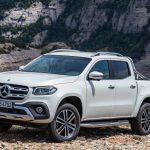 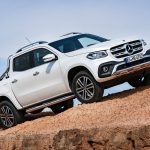 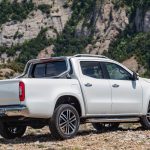 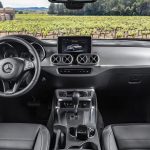 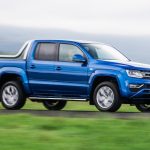 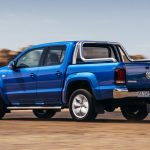 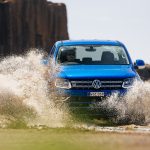 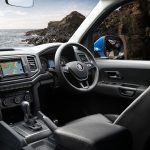