Just one look at any new ute for sale compared with just five years ago is testament to exponential progress. Almost every brand is vying for the title of best pickup, best ute, best dual-cab 4×4 and they have become one of Australia’s most popular vehicles.

Safety (both passive and active), ease of driving, as well as quietness and refinement of utes has now reached passenger car levels, with the unbeatable versatility of a tray and, for some businesses, tax advantages. The established players are now working on beefed-up and luxury versions of their noble steeds, while some new entrants are on the way. Who would’ve thought we’d see a Mercedes ute? There’s even a Hyundai ute on its way at the turn of the decade, to conquer HiLux. Before then, here are our top 10 best dual-cab utes we are most excited about. 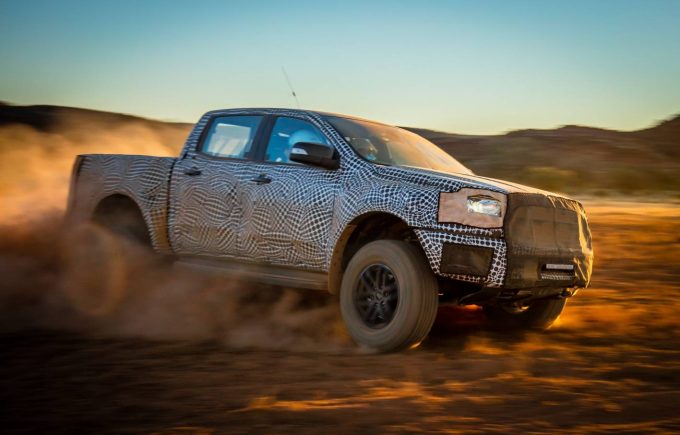 The 2018 Ford Ranger Raptor will capitalise on the immensely successful, Australian-developed Ford Ranger, by adding the off-road performance formula of the Ford F-150 Raptor of the USA. This means a toughened, Watts-linkage coil-spring suspension, BF Goodrich 285/70 R17 All-Terrain TA tyres, and ground clearance increased from 225mm to 254mm. Drivetrains are not clear at time of writing, but an EcoBoost V6, or uprated diesel engine are likely candidates. We’d love most to see a 5.0-lite V8 ‘Coyote’ version, but we’re still very excited about this one. 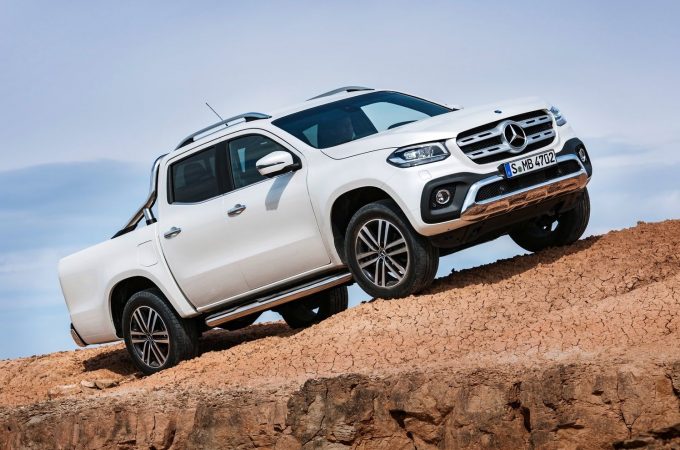 Although based on the Nissan NP300 Navara, the X-Class manages a styling identity, drivetrain and interior fit for the three-pointed star, with the right level of off-road toughness expected of this segment. Engines will include the 2.3-litre turbo-diesel four from the Navara in 120kW/403Nm or 140kW/450Nm specs. The top-line model will be the 190kW/550Nm X350d V6 (final figures yet to be confirmed). A six-speed manual or seven-speed auto are set to be offered. Three specs will be available: Pure, Progressive and Power. Expect it to be priced well above the Navara, stretching above the HiLux SR5 and Ranger Wildtrak for high-end models. 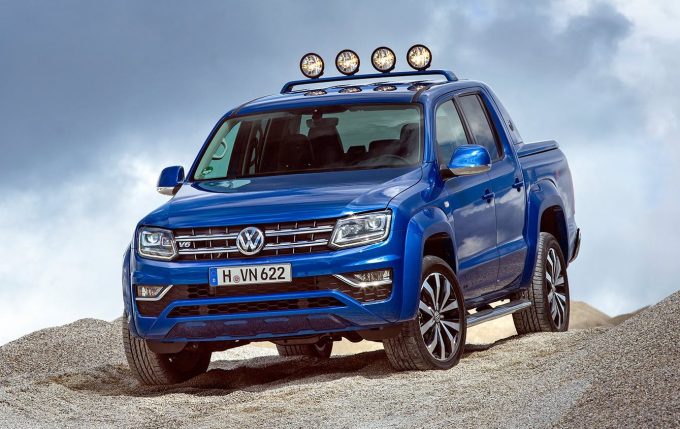 Not content to let Mercedes-Benz come in and out-muscle it, the Amarok Aventura, as revealed at the 2017 Frankfurt Motor Show, benefits from a power boost to its 3.0-litre turbo-diesel V6, up to 190kW. 19-inch polished alloys, a stylish sports bar and chrome accented running bars and front bash plate enhance the Amarok’s already prominent appearance. 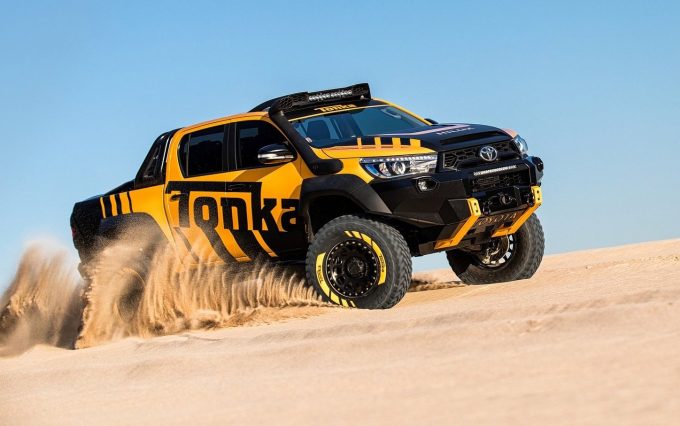 Although the HiLux still spends most of the time as top dog in the work ute sales department, it has been been dethroned by the likes of Ranger from time to time. With many competitors fielding prestige entrants above the SR5, Toyota is known to be planning to hedge its bets with both an off-road adventurer similar to the Tonka concept (pictured above), and a more luxurious version, with the nameplate still to be decided at time of writing. 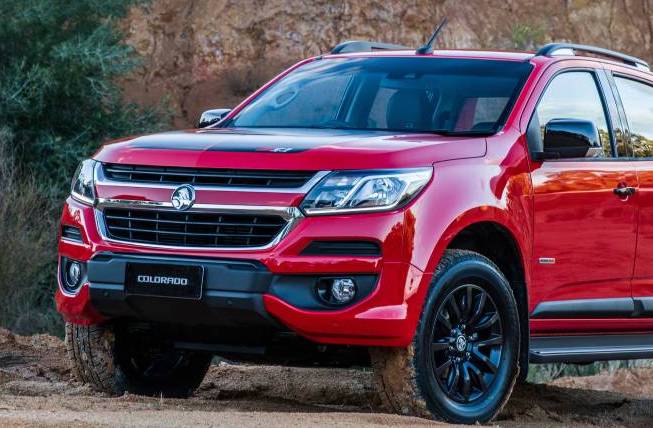 Whether it wears HSV or Walkinshaw badging, a high-end Colorado is set to come with aggressive styling and a more sporting and off-road focused attitude. Patents have been lodged for a bold front fascia, bonnet scoop and rear tray insert. Whether it utilises a tuned version of the 2.8-litre Duramax or a petrol engine remains to be seen. Unfortunately for V8 fans, it will not be an LS, like that done by Killa Special Vehicles. 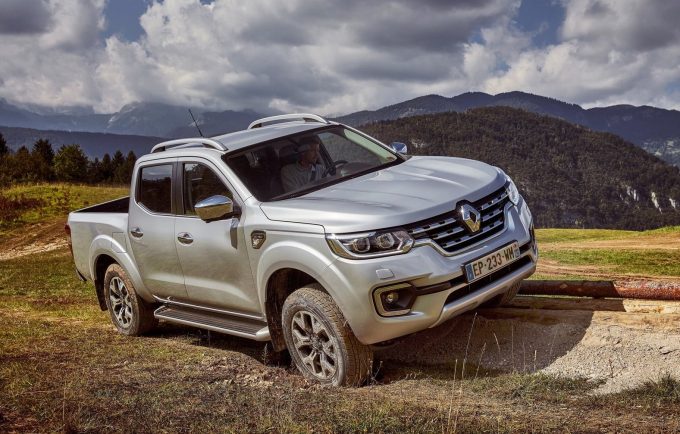 The Alaskan is one of three vehicles based on the NP300 Navara and it will be a second-tier premium model sitting between the Nissan and Mercedes-Benz. Unlike the Merc, the Renault will have a full array of body styles, rather than just twin cab variants. The Alaskan more closely mirrors its donor vehicle in styling, but with enough unique elements to set it apart from the more humble Nissan. Renault hopes to woo buyers who might otherwise consider an Amarok into their dealerships. It’s set to arrive in Australia in 2018. 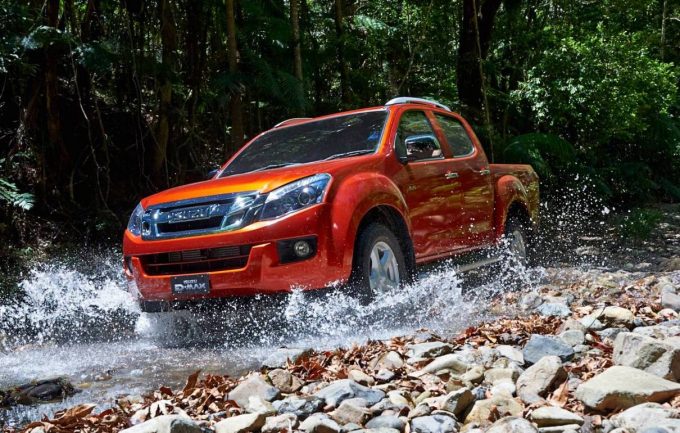 Ending their respective relationships with GM and Ford, Isuzu and Mazda get into bed for their next generation utes and, potentially, wagons. Isuzu will be entrusted with the fundamentals, including chassis, engines and core design elements, while Mazda is expected to add its own styling touches inside and out. It won’t be a mere badge-engineering exercise, mind you, with both cars boasting distinct identities. (Current Isuzu D-Max pictured.) 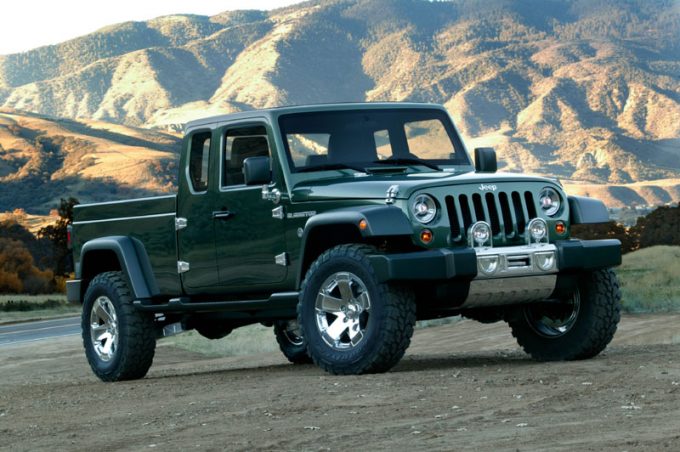 Jeep’s Wrangler ute will combine the iconic, unmistakable shape of the Wrangler with a ute tray, and could potentially be quite disruptive. Alloy panels are expected to make light work of a 220kW 2.0-litre turbo four cylinder, or new V6 petrol and turbo-diesel engines. They are set to be matched to an eight-speed automatic. True separate chassis and live axles front and rear could imbue the Wrangler with superior off-road capability to Thai-made rivals. (Jeep Gladiator concept pictured.) 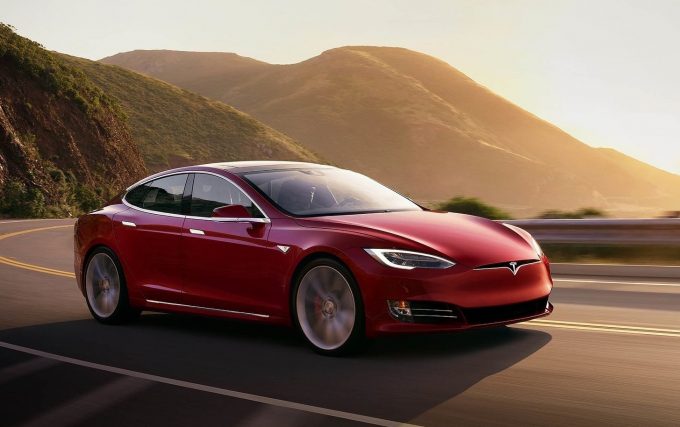 Expected towards the end of 2018 or beginning of 2019, Tesla wants to gatecrash America’s best-selling vehicle segment; full-size pickup trucks. To do this it wants to take on the challenge of convincing fiercely loyal customers that electric is the way to go. This could be a daunting task, but the Freemont, California-based company might benefit from lessons learnt from its semi-trailer revealed in September 2017. (Tesla Model S pictured.) 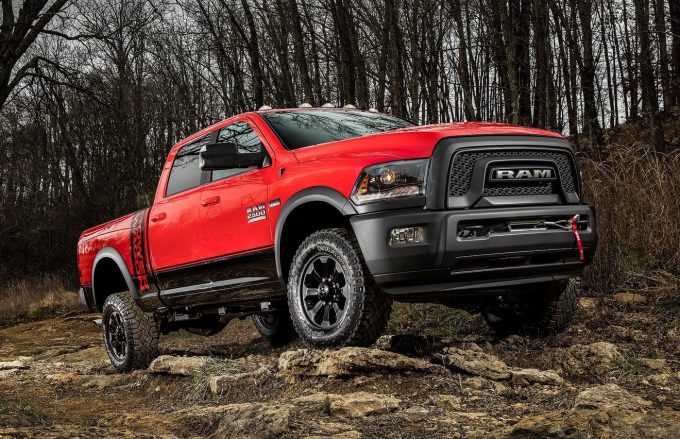 A sleeker and more modern Ram was revealed in a dealer slide show, evolving a recognisable design into something altogether more futuristic. Ram trucks are currently sold Down Under, imported and converted by Walkinshaw Automotive. The high demand for these cars could consider FCA to make right-hand drive available from the factory. Expect V8, Cummins and Rebel versions. (2017 Ram 2500 Power Wagon pictured.)