It looks like the cross between a wort and cartoon caricature of a car, but it is packed with decent technology. How does the 2017 Holden Trax LTZ shape up in the demanding small SUV market segment? 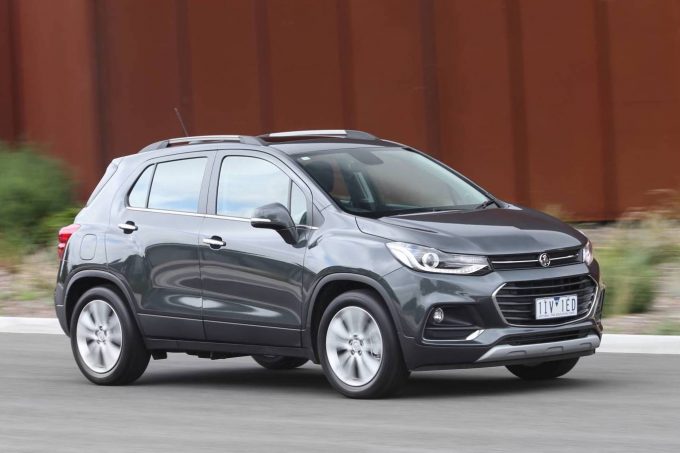 The 2017 Holden Trax is GM’s smallest SUV offering in Australia, made in South Korea by GM Daewoo. It has some tough competition to face, including the Mazda CX-3, the class favourite Mitsubishi ASX (year-to-date, August VFACTS), and some newcomers in the form of the Toyota C-HR and Suzuki Vitara and Ignis. According to the latest VFACTS figures, the Trax is the sixth best-selling SUV in the class.

Some how the Trax manages to feel like a van inside. It’s a very upright and topply cabin orientation, with high-mounted seats and a slightly cocked-forward steering wheel. We wouldn’t say it is the most comfortable in the class but it does offer excellent visibility and plenty of space to swing a cat, if the temptation draws in. Cargo space is rated at 356 litres, which is not bad for the class, and the rear seats can be folded flat thanks to a removable lower cushion. A lack of climate control even on the top LTZ is a big oversight.

As mentioned, the ergonomics are a bit off in our opinion. It’s just not as snug as many of the competitors. The LTZ gets gets a Range-Rover-inspired flip-down armrest for the front seats, which does add some level of wow-factor and highway comfort. Rear seat space is great for this class, with more than enough legroom for a couple of adults and wonderful headroom due to the tall ceiling.

Holden infotainment systems tend to trail behind most competitors in functionality, but the latest system in the Trax is modern and intuitive. There’s a main menu ‘home’ section that displays all of the apps, and the graphics are pretty good. Sadly, the flagship LTZ doesn’t come with satellite navigation, which is a big drawback in this class and in this specification level. Brownie points are redeemed somewhat with the standard fitment of digital radio. 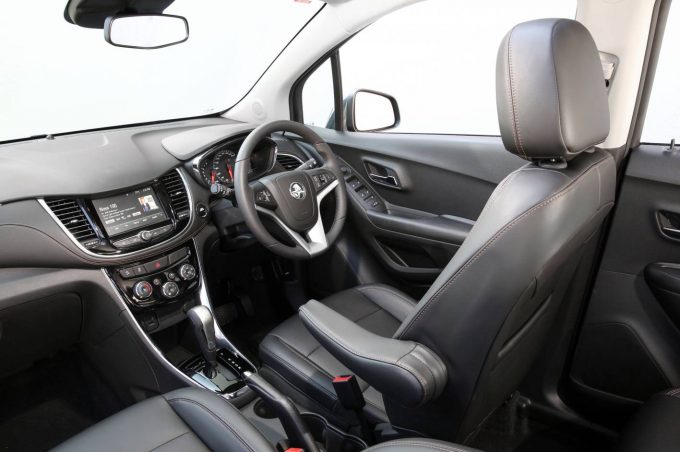 Umm, yeah. To us it doesn’t look good. In the sea of stylish CX-3s, out-there C-HRs and quirky Cactuss, the Trax sits in as the fish that John West rejects. Is it an MPV or is it an SUV? We don’t know. About the only recouping potential is the fact the front end borrows the same styling cues as the latest Chevrolet Camaro. Ground clearance of 158mm is a smidge higher than the more popular rivals, except the ASX offering 195mm.

In LTZ form, and actually three out of the four-tier lineup in Australia, the Trax is powered by a 1.4-litre turbocharged engine. It produces 103kW and 200Nm, placing it right in middle of the class standards. Low-down torque is good, helping the little SUV tackle urban conditions with might. Sprinting from 0-100k/h takes just under 9.0 seconds, and that’s not bad for this class.

A six-speed auto as standard across the board, except the base model 1.8 LS which uses a six-speed manual, means it’s ready for all drivers of all skill level. Shifting is reasonably smooth and it happens at the ideal rev points, and you can use the plus/minus action on the level to engage engine braking while trailling down hills. This function isn’t possible in many rivals that use a CVT automatic. Holden doesn’t offer the safety or versatility of all-wheel drive with any variant, causing a slight dent from some of the rivals. 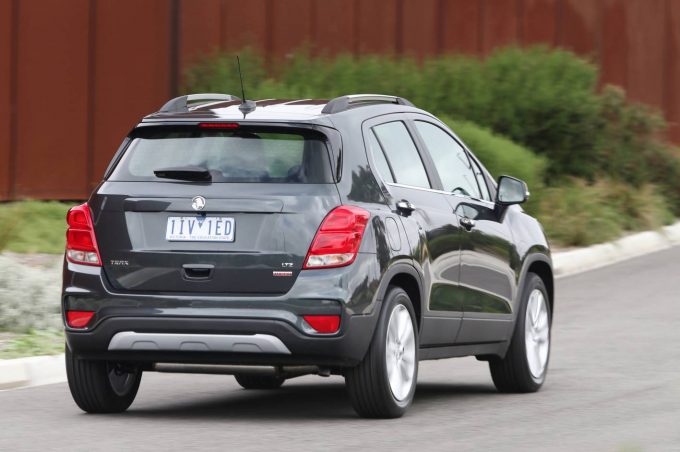 Top-heavy and nervous are not labels you want to hear when talking about a fun, urban-living SUV that is likely to appeal to plenty of young drivers. But unfortunately these are the first labels we gave the Trax after our week-long test drive. It doesn’t feel natural or composed in any condition but the city. And that’s fine if that’s the only place you’ll be driving it. But if you venture out onto the highway frequently, we’d recommend some of the low-riding yet more stable rivals. Pushing it hard in the bends and it will hang on surprisingly well, once you get over an initial body tip.

Another area where the Trax, comparatively against the rivals, scores poorly. The scratchy plastics don’t help with acoustics, leaving a noisy and almost uncomfortable cabin experience. Vibrations levels are more than acceptable, but the ride is needlessly firm. Over corrugations it doesn’t soak up impacts and remain composed. Instead, it sends you jiggling like a piano player’s hand.

Holden offers the industry standard three-year/100,000km warranty with the Trax, and capped-price servicing. The first service is due at 15,000km, with following services every nine months or 15,000km. The 18-inch wheels and subsequent large tyres on the LTZ will set you back a decent bill when it comes time to swap them, whereas rivals uses 17-inch items, but there’s always the low-spec variants to solve this. Average fuel economy is respectable, at 6.7L/100km. 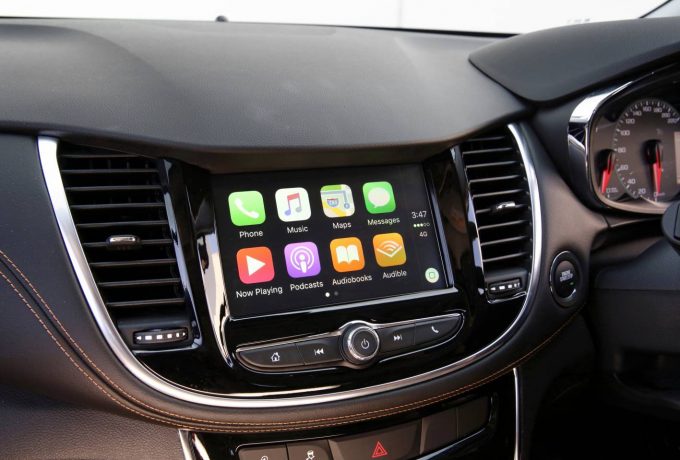 Dual front, side, and curtain airbags are standard on all variants, with traction and stability control helping it achieve the full five-star ANCAP safety rating. Being a relatively old model underneath, the Trax hasn’t needed to worry about complying with incoming ANCAP crash test criteria changes, which will introduce mandatory fitment of autonomous emergency braking next year in order to gain five stars. Some of the arrivals in this department are already prepared. Whether this is by choice or not is regardless, as the buyer is the one that matters most. Buyers of the CX-3 and Toyota C-HR, which are fitted with this, are in a better position.

We don’t think the Trax is good value for money overall. And it’s not purely down to its average performance across a range of areas. It’s that there are so many more modern and better-equipped rivals in this segment, with a higher level of safety and quality, that it’s difficult to see value in going for the Holden. The LTZ does start at $30,490, and it’s only available with front-wheel drive which helps lower the cost. Compared with the front-wheel drive top-spec CX-3 ($33,490) and the top Toyota C-HR FWD ($33,290), the Trax redeems some points.

In the end, the only reason one would buy a Trax LTZ is if they simply did not consult with any of the rivals. You only need to take a few of them for a test drive to see the Trax is, unfortunately, flawed in many critical areas. Our word of advice is to check out some of the key rivals before signing the dotted line on one of these. 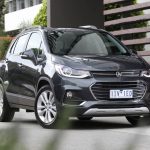 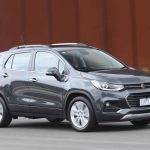 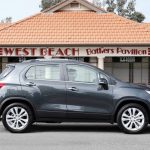 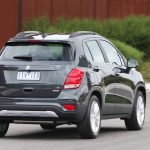 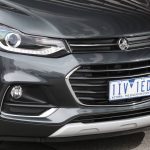 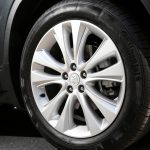 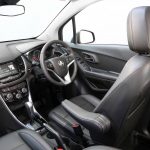 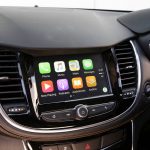