Two stalwarts of family motoring, the 2018 Honda Accord and 2018 Toyota Camry have reached their tenth and eighth generations respectively, thwarting death in the age of the SUV, with major, ground-up redesigns for both cars. Being that they have both at one time or another been the best selling car in the United States of America, both cars are designed and engineered primarily with that market in mind, vying for title of best medium sedan for 2018.

Since up until recently the Camry was manufactured in Australia, our needs also factor heavily into the development of the car. While both are front-wheel drive, available in hybrid in some markets and sedan only, there have been some major, fundamental changes in both cars that will make them more interesting and appealing to consumers. Will it be enough to cater to the shrinking midsize sedan segment? Read on to find out. 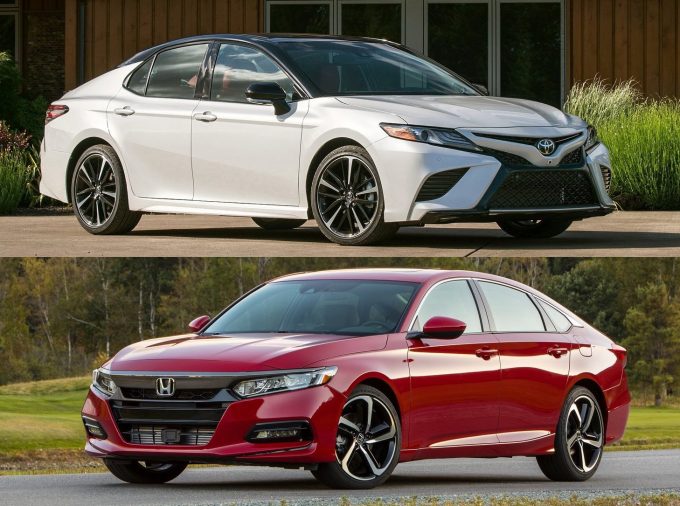 Neither of these vehicles can be called seductively pretty, with more of a functional emphasis on design. Honda’s angular robot theme has carried over from the Civic, with which the new Accord shares its underpinnings and much of its drivetrain. It switches to a six window design, with a sleeker fastback shape adding practicality.

Inside, it’s a largely conventional layout, but calls for a volume knob have been heeded by Honda, as in the 2018 Honda CR-V. Material quality appears to have taken a massive step forward with Apple CarPlay and Android auto availability, unlike the Toyota, for now at least. New features like heads-up display ensures Accord doesnot want for any gadgets.

For 2018, the Camry adopts a sleeker shape with a lower bonnet line and rounder silhouette. Larger taillights sweep across the boot, with a prominent front grille. Camry reverts back to a four-window design for the new model. Sportier overseas variants also boast a panoramic ‘floating’ black roof, which certainly lifts the body to un-Camry-like levels.

Inside, say goodbye to the LCD clock, mechanical foot-operated park brake and hello to a crisp new design including new instrument cluster and infotainment system. Ultimately, while both are top-notch, it’s the Accord that takes the win. 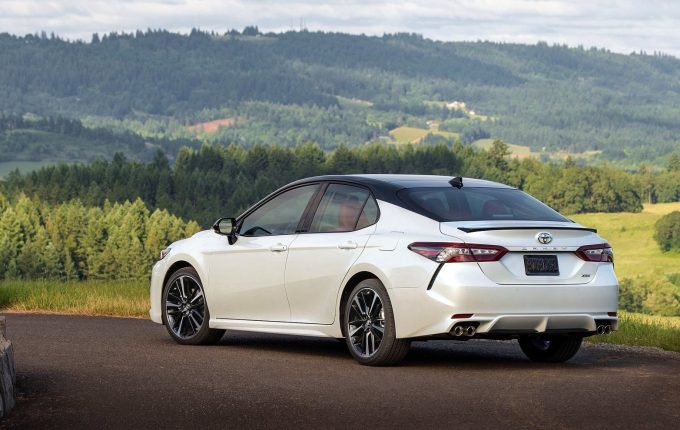 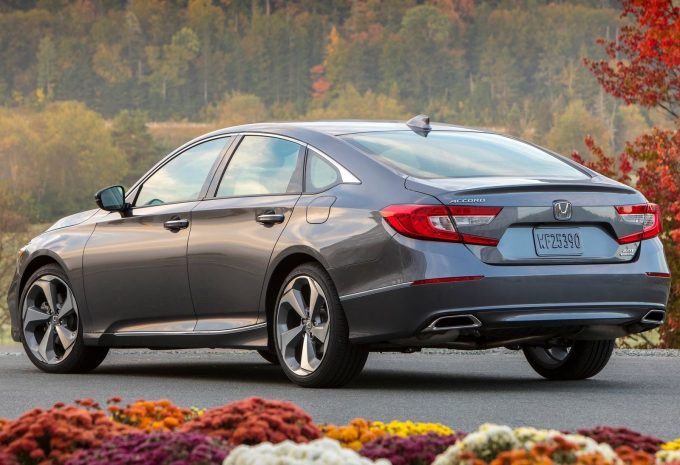 Being predominantly front-drive cars, stretching room should be adequate for three adults in the rear. While it would take some actual seat time to verify this, it’s fair to say that neither car sacrifices space for style, with the caveat of Accord’s sloping roofline.

We will have to wait for metric figures to be released on both cars for boot space, but we’ve so far been able to glean that the Camry’s luggage volume increases to 525L, or 451L in hybrid form, thanks to the relocation of the battery to under the rear seats, which are now split-fold. The Accord, according to U.S reports has marginally more trunk space than the still-generous Camry. 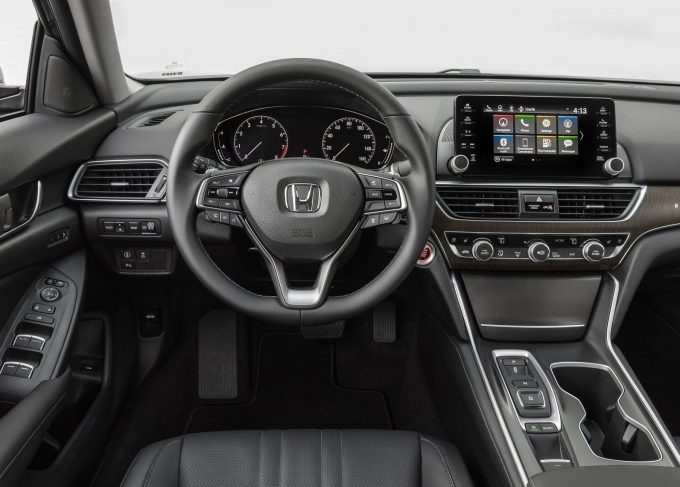 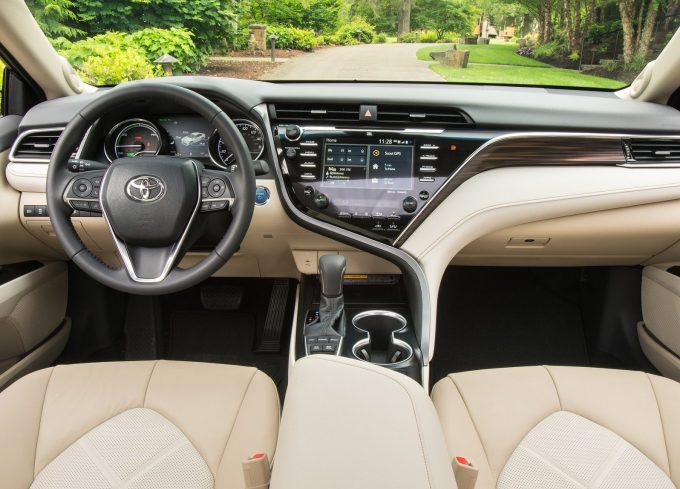 Both vehicles have undergone wholesale changes in the engine department, with radically different results. The standard engine is the 150kW, 249Nm ‘Dynamic Force’ 2.5-litre four-cylidner, with 40 percent thermal efficiency. It is connected exclusively to an eight-speed automatic.

The revised hybrid now makes 131kW from its 2.5-litre Atkinson Cycle engine, with an 88kW/205Nm electric motor. Mercifully for six-cylinder fans, the 2GR V6 now sports direct and port injection, and a new ‘FKS’ designation. It produces 222kW and 356Nm, also tied to an eight-speed auto. Performance should be quite scintillating if the outgoing Aurion is any guide. 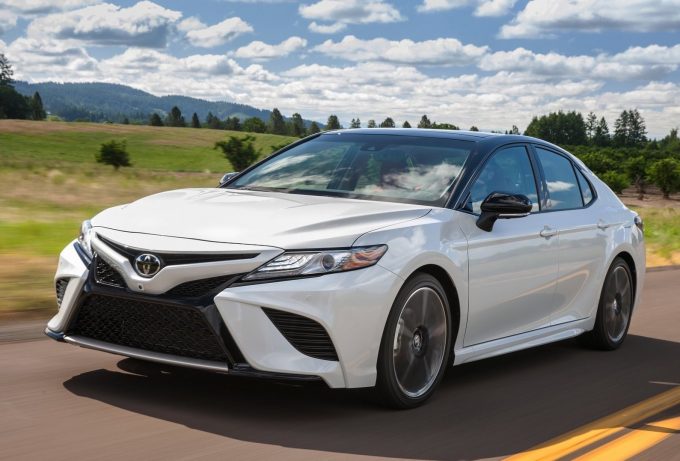 The Accord, meanwhile, opens with a 1.5-litre turbocharged four-cylinder, generating 143kW and 260Nm from much lower in the rev range than Camry. It is tied to a CVT, like Civic and CR-V. The sultry 3.5-litre V6 of the outgoing model has been eschewed in favour of a 2.0-litre turbo derived from the Civic Type R. It musters 188kW and 370Nm at 1500-4000rpm. Significantly, the 2.0 turbo is tied to a 10-speed automatic, which is a first for the class. There is also a hybrid version unlikely to come to Australia. With up to 100kg less to carry, the Accord could be a real performance surprise package.

Frustratingly for more enthusiastic drivers, Honda offers both engines with a six-speed manual transmission for U.S. customers but considering that’s not even an option on the Thai-sourced Civic here, don’t hold your breath for that one.

While to many there is no substitute for a sonorous V6, the Accord 2.0T auto’s 1524kg weight is below the V6 Camry’s 1610kg figure – which is more-or-less par with the Aurion of today. Both cars, in top spec should easily manage 0-100km/h in 6.0 seconds or less – and might even embarrass the new V6 Commodore. We’re tipping the Accord will have a narrow edge but we say that with caution as the 2GR is a true animal. 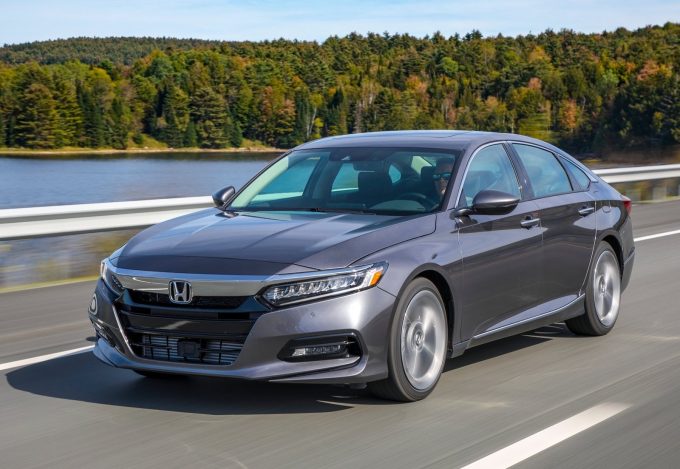 Fuel efficiency was a major goal for both cars, including weight shedding, downsizing and turbocharging in Honda’s case, additional gears and improvements to hybrid systems. Camry Hybrid economy is expected to be as low as 4.5L/100km, with the 7.9 and 9.3 L/100km efforts of today’s 4-cyl and V6 expected to tumble into low sevens and eights respectively.

Accord should manage just above 7.0L/100km for the 1.5 and we’d be surprised if the 2.0 didn’t scrape under the 8.0 mark. Both have impeccable reputations for quality, with Honda doing slightly better than Toyota lately in initial quality surveys. Capped price servicing and roadside assistance will be available in both cases, but we hope the switch from Australian to Japanese production for the Camry doesn’t increase its servicing costs. 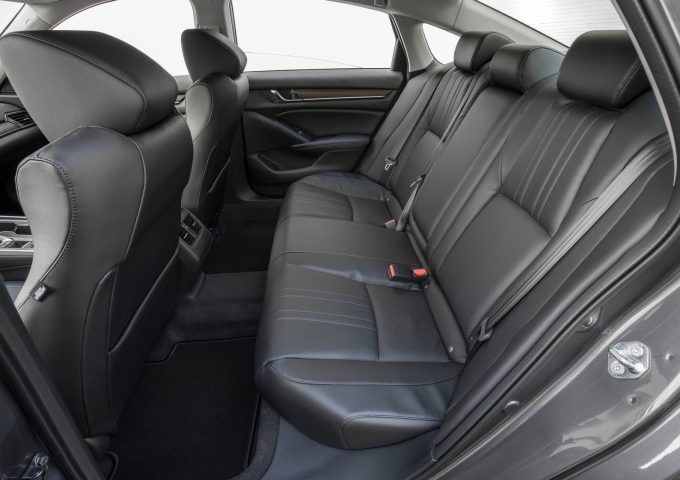 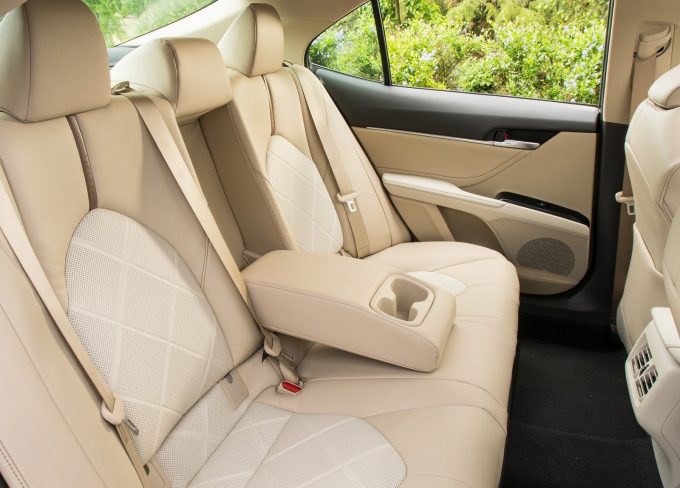 Both firms have gone for the jugular and aren’t pulling any punches, but have taken different approaches to keep their traditional customer base, while keeping their attention away from SUVs. The more economical, faster, dynamic, tech laden and daring looking sedans will put up a strong fight, but will it be enough? Time will tell.

From a distance, the Accord looks to be the more polished, tech-laden and luxurious of the two, which is not to suggest the Camry is deficient in those areas. We think this one will come down to pricing and the preference of a V6 engine. Too close to pick at this stage. 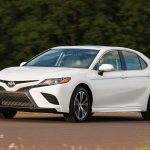 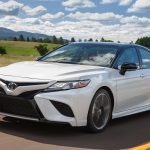 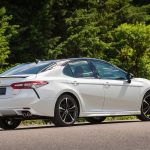 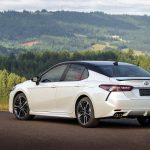 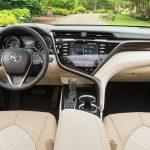 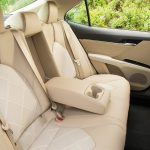 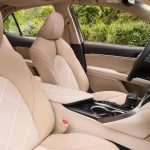 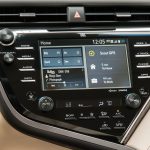 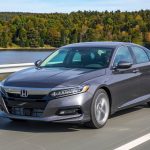 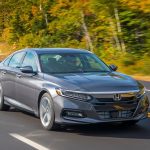 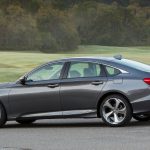 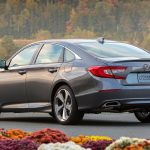 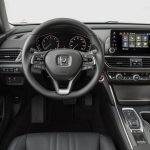 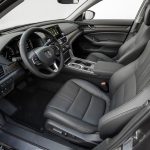 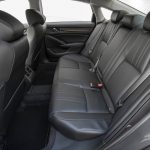 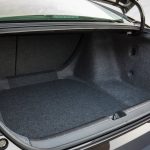