Volkswagen USA might miss out on the Amarok dual-cab pickup, due to their ‘chicken tax’ rule, but they do get their own large SUV, which has now spanwed the Volkswagen Atlas Tanoak Pickup Concept. 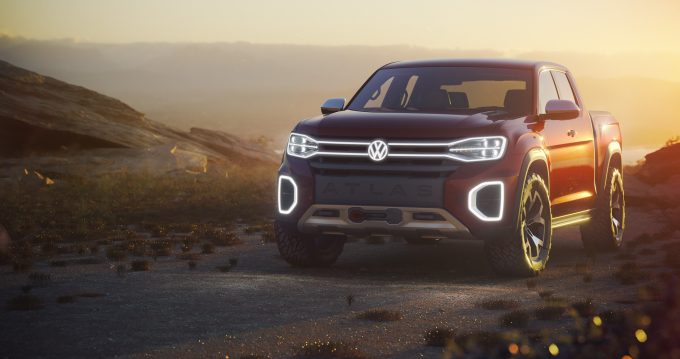 Using Volkswagen’s MQB matrix instead of the Amarok’s seperate chassis, this concept is propelled by a 3.6-litre V6 that makes 205kW via an eight-speed automatic and Volkswagen’s 4Motion all-wheel drive. This propels it to 60mph (97km/h) in 8.5 seconds.

The Atlas Tanoak Pickup is similar to the Honda Ridgeline, in that it is derived from an existing large SUV (the Pilot in the case of the Honda) and derives its name from a species of tree which is native to the United States’ Pacific Coast which can grow to 41m in height.

The five-seater concept has LED headlamps that extend into the grille with D-shaped LEDs in the lower bumper. There’s accentuated wheel arches front and rear, with the latter cleverly concealing the doorhandle for the rear doors. The pickup bed features LEDs which span the width of the car, forming a halo around the tailgate. The interior is loosely based on the production Atlas, but features more concept-like dash, steering wheel and trim. Other notable features include a winch.

If reception to the concept is hot, it gives Volkswagen USA a relatively easy solution to the pickup problem, basing theirs on an existing production car in a similar way to the Honda Ridgeline and popular Subaru Baja. What do you think? Tell us your thoughts below. 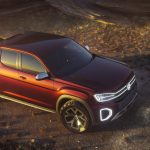 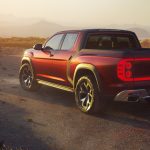 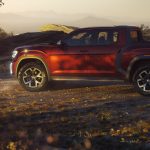 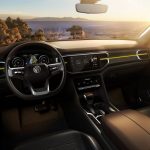 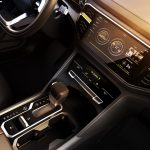