In the Porsche hall of fame, the Carrera GT is definitely one of the brand’s most celebrated and most loved models in its long history. It was a radical departure from a company typically associated with boxer engines mounted in the rear. 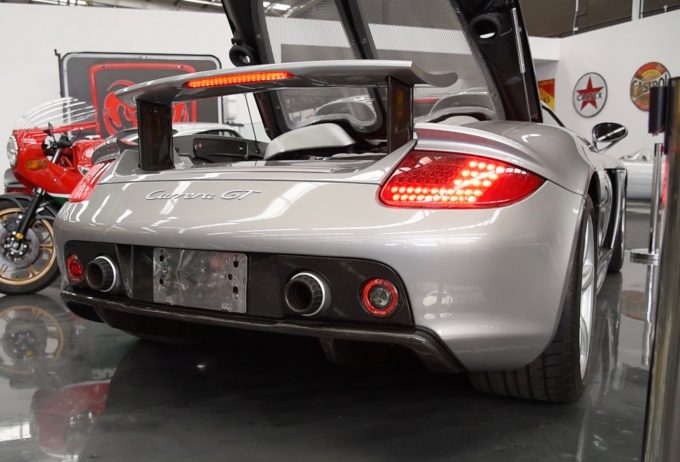 Seen as the follow up flagship sports car to the mysterious 959 of the 1980s, the Carrera GT followed a different formula entirely. Instead of a twin-turbo, 2.9-litre flat-six, connected to a sophisticated all-wheel drive system, it featured a carbon-fibre chassis, with a mid-mounted, 5.7-litre V10. Based on an engine originally intended for racing, the screamer of a donk made 450kW, 590Nm and shrieked its way to 8400rpm. Good enough for a top speed of 330km/h, 0-60mph in 3.5 seconds and a quarter mile in the 11 second range.

Despite being a functional design, it was especially handsome, with a targa top, mesh engine cover that gave you a good view of the beast’s heart, a sloping vertical column in the dash with a unique beechwood gearknob and carbon ceramic brakes.

Tragically, in 2013, star of the Fast and Furious franchise, Paul Walker was killed in a Carerra GT which crashed and caught on fire. He was not the first to die in this car, which has seen Porsche in the courtroom having to defend the decision not to include stability control, and certain aspects of the design. While nothing conclusive came from these events, the car has earned a reputation as a widowmaker, with even Porsche’s most famous test-driver, Water Rohrl, saying the car is scary to drive.

Crank up the volume and hear the free-revving bark of the Carerra GT below, courtesy of Gosford Classic Car Museum.