The Mazda Cosmo is one of the most significant vehicles from its saucy back catalogue of classic cars, mainly because it was the first Mazda to offer a new type of engine that would win over a legion of fans for decades. 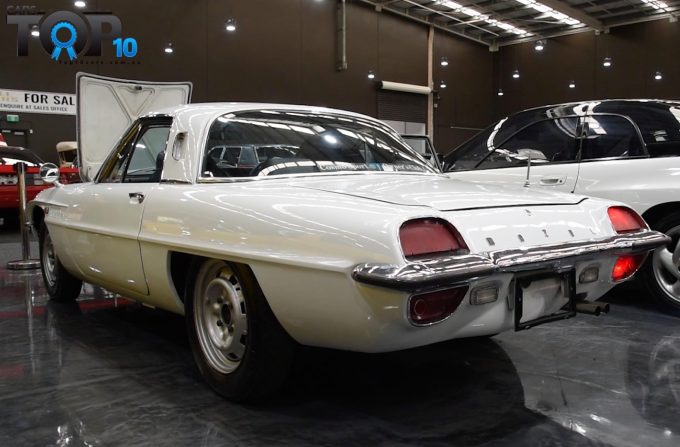 Originally debuting in 1967, the Cosmo features a 982cc twin-rotor Wankel rotary engine, with a slick two-seater body and four-speed manual transmission. Weighing just 940kg, it initially made 82kW but was later uprated to 96kW, with a five-speed manual fitted. It featured a de-Dion semi-independent rear suspension, front disks and rear drums. It was cheaper than the Toyota 2000GT, itself a classic of the era.

The Cosmo would see three subsequent generations, growing more and more plush with each step forward. The penultimate Cosmo, launched in 1990, is famous for its triple-rotor engine, with V8-levels of power and torque and the first car to get GPS sat-nav, as well as a fridge and CRT touch-screen with TV.

The rotary engine was at its most legendary in the RX-7 sports car, but several other applications were tried over the years, including a pickup (REPU) and even a bus. Mazda is set to be bringing the rotary back soon, but it is said to play a different role next time, potentially used as a petrol range extender for future electric vehicles. In the meantime, listen to the fruity and rich note of the donk that started it all.