There is a slew of companies emerging in various parts of the world, optimising classics to a level far beyond their original brilliance. Enter the Alfaholics GTA-R 290. 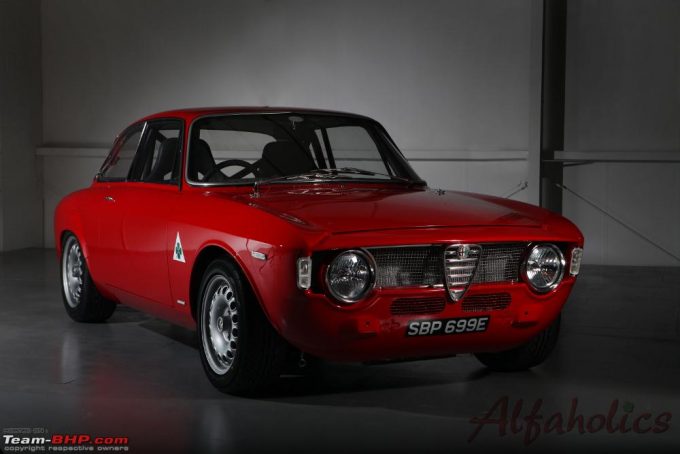 Companies like Singer, Eagle and David Brown Automotive modify old 911s, Jaguar E-Types and Minis, respectively, into the ultimate versions of themselves without any of the modern frippery that many purists agree would ruin them.

Based on the 1960s Alfa Romeo 105-series Giulia coupe, Alfaholics has fitted a carbon-fibre bonnet, bootlid and doors, and fitted titanium wishbones and other parts fashioned from magnesium or billet aluminium.

These modifications have brought weight down to a featherweight 830kg. Thanks to a 2.3-litre engine that generates 178kW, the Alfa has a power-to-weight ratio of 216kW/tonne. All this does not come cheap, however, at roughly AU$318,000.

The original Alfa Romeo Giulia, which lends its name to Alfa’s modern BMW 3 Series rival, is one of the marque’s notable classics, with its light weight and twin-cam engines propelling them to greatness in their day.

In an age of increasingly sanitised cars with electric steering and throttle, autonomy and automatic gearboxes, it’s reassuring to know that well-heeled purists still have an avenue to pursue the the nirvana of true mechanical connection.

Check out motoring legend Chris Harris putting one of the Alfaholics GTA-R 290 projects through its paces in the video below.