Porsche has reclaimed the Nurburgring Nordschleife lap record title with the 2018 911 GT2 RS, posting a time of 6:47.25. 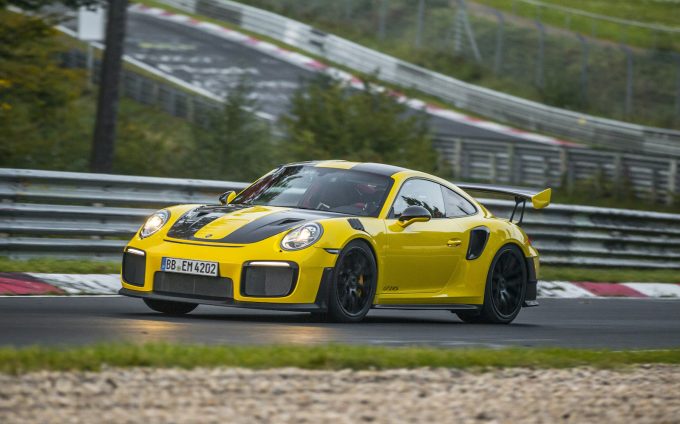 The most hardcore version of the 991.5 series 911 hasn’t debut yet, and was first shown to the public in conjunction with Forza 7 at the E3 game convention earlier this year.

Its lap time of 6:47.25 comfortably puts Lamborghini in the shade, with its 6:52 time achieved with the Lamborghini Huracan Performante.

“At the start of the development process, we set ourselves a lap time target for the GT2 RS of less than 7 minutes and 5 seconds,” said Porsche vice president of Motorsport and GT cars, Steffen Walliser.

“The credit for beating this target by 17.7 seconds goes to our development engineers, mechanics and drivers, who demonstrated an exceptionally strong team performance. This result makes it official: The GT2 RS is not only the most powerful, but also the fastest 911 ever built.”

The GT2 RS averaged 184.11km/h around the track, in what was described as “ideal outdoor conditions”. The insane 515kW and 750Nm GT2 RS can accelerate to 100km/h in 2.8 seconds. Check out the video below and make sure you have your surround sound system on.