Now that the axe has fallen on Australian car manufacturing and Holden has closed its local production, cast your minds back to a time of heady optimism, around the era of the 1954 Holden FJ Ute, where the excitement of a fledgling motor industry and ‘Australia’s own car’ was in the air. 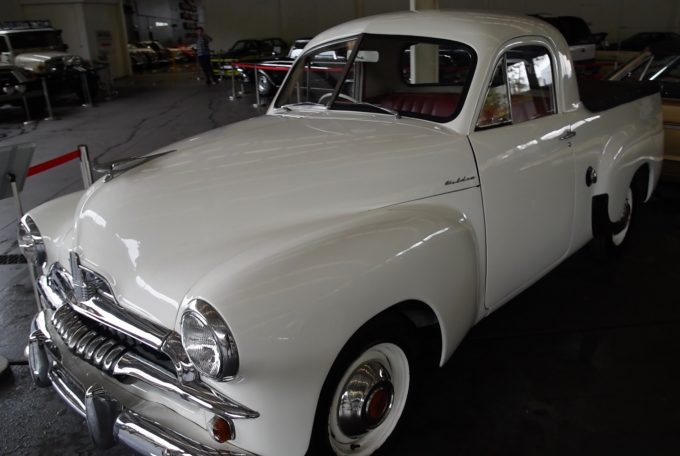 In 1948, the FX/48-215 Holden gave Australians a uniquely styled, robust, dust-sealed and powerful car that could handle anything our conditions and mostly unsealed roads could throw at it. Available in sedan or ute, it was replaced by the FJ facelift with its more brash and recognisable grille.

You could have any engine you wanted, as long as it was the 2.15-litre ‘grey motor, with its mighty 45kW at 3800rpm and 135 earth-twisting Newton-metres at 2000rpm. It was an overhead valve inline-six with a single Stromberg carburettor and a compression ratio of 6.5:1. Column-shift three-speed manual was the only choice until the FB of 1960, while a sporty option had to wait until the EH of 1963, with the ‘S4’.

The interior had everything you need, including a central speedometer and fuel gauge. Lights, choke and ventilation were operated by very basic knobs, with the single spoke, red badge lion steering wheel taking pride of place.

To hear this old girl rumble into gear, check out the video below, with thanks to Gosford Classic Car Museum.