The most fuel efficient new cars are the result of cutting edge engineering work. Sure, the fastest and best-handling cars always grab the headlines, but to manage the reality that fuel is a finite resource and government regulations are tightening to curb pollution, engineers must pull out every trick to ensure their cars drink the least.

You’ll notice these vehicles are either diesels, hybrids or plug-in hybrid vehicles – we’ve excluded fully electric vehicles in this list as they obviously consume no fuel and can’t really be ranked. Companies like Mazda will soon close the gap with technologies like Skyactiv-X, as well as Infiniti with variable compression and Koenigsegg’s camless FreeValve technology.

If you’re specifically after the most economical petrol car, the contenders for that are Peugeot 208 Active (4.5L/100km), Renault Clio Life (4.5), followed closely by the $12,250 Mitsubishi Mirage and Suzuki Swift at 4.6.

Those after the top 10 most fuel-efficient new SUVs should click here. It’s worth noting that these are the official combined cycle figures and might not necessarily translate to real-world results. (All prices mentioned exclude on-road costs.) 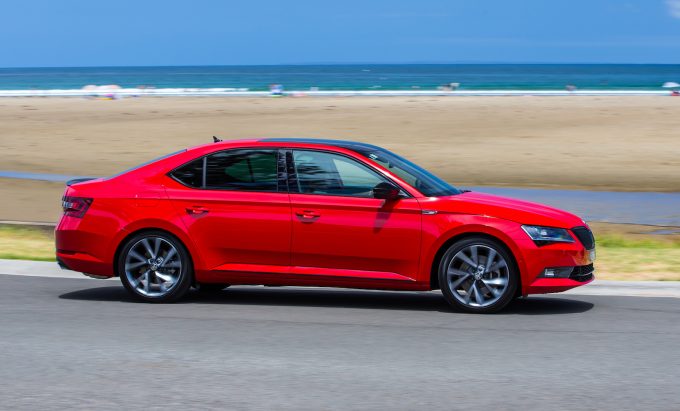 Skoda Superb 140TDI – 4.8L/100km
Starting from $44,690, the Skoda Superb is a Ford Falcon and Holden Commodore rivalling large car that achieves city car fuel consumption. Think of the well-crafted Czech sedan is an XL-sized Volkswagen Passat, with more character and innovation than the dry, clinical VW. Its 2841mm wheelbase means rear passengers can sprawl out over long journeys, but the Skoda’s fuel tank will easily outlast many human bladders. 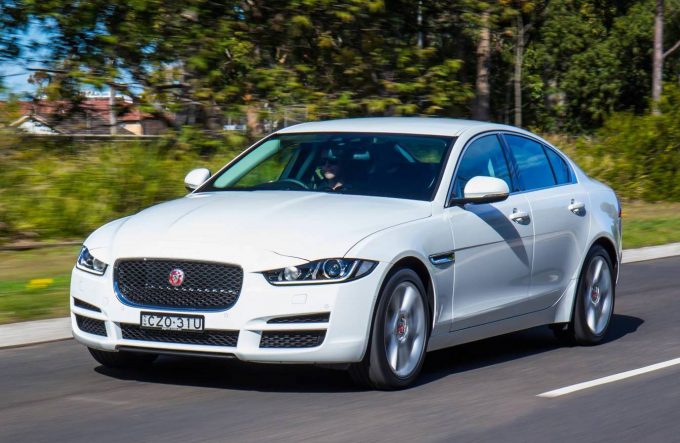 Jaguar XE 20d – 4.2L/100km
The classic British sports car and saloon marque cleverly managed to undercut chief rivals BMW 320d (4.4) and Mercedes-Benz C 200 d (4.6) for its diesel model’s fuel economy numbers. The $62,900 aluminium-bodied sports sedan is rear-wheel drive, like those cars, so an emphasis on spirited handling means there’s fun to be had despite being a fuel miser. An eight-speed automatic is standard, despite the availability of a six-speed manual in overseas markets. 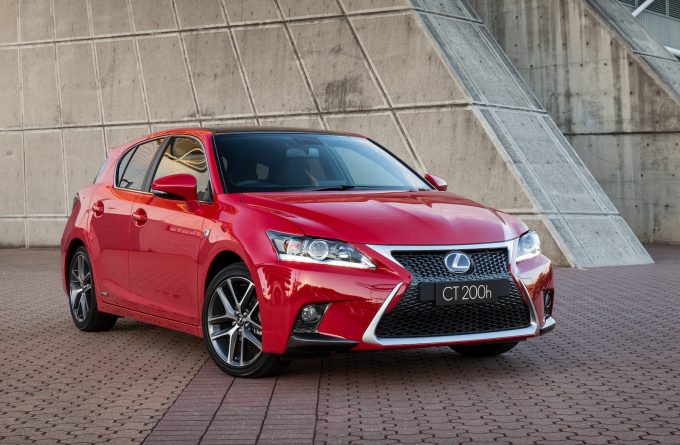 Lexus CT 200h – 4.1L/100km
The little hybrid Lexus hatch that could soldiers on, in a league of its own, since no other rivals offer a stand-alone hybrid hatchback. Luxuriously appointed inside and styled like a modern Lexus on the outside, the CT 200h offers a similar mechanical package to the Toyota Corolla hybrid but with more luxury and spirited handling. A good choice for versatility, quality and refinement, if not outright premium attention to detail. The CT200h starts from $38,750. 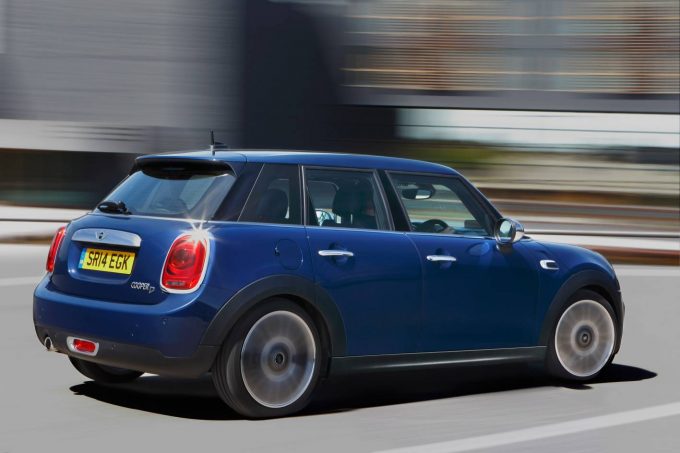 MINI Cooper D – 3.7 L/100km
BMW’s reborn small British icon is very frugal indeed, with the Cooper Diesels 3.7L/100km figure for both three- and Uber-friendly five-door versions. The low centre of gravity, fun retro styling and expert chassis tuning mean oodles of joy, whether you opt for a manual or automatic. The Mini Cooper D can be yours from $33,800. 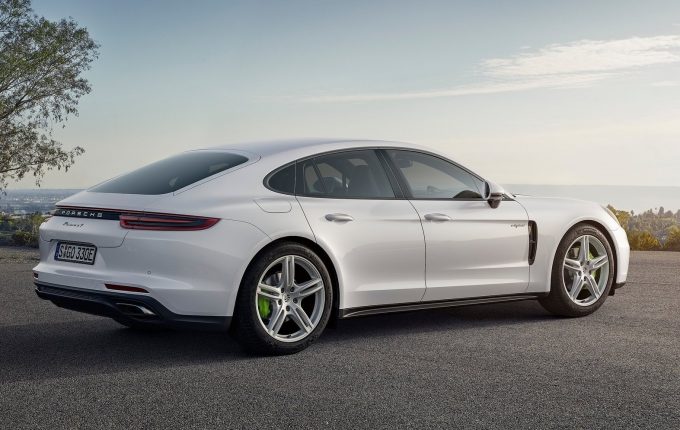 Porsche Panamera 4 E-hybrid – 2.5L/100km
To many, the plug-in hybrid is a best of both worlds approach, with the ability to run on electricity alone and plug-in ability at home, with a range-extender engine on hand to take the baton when needed. Combined outputs of 340kW and 700Nm, with a 0-100km/h time of 4.6 seconds aren’t what you’d typically associate with an economical hybrid. The Panamera E-hybrid can travel up to 26km on electricity alone, before the twin-turbo V6 comes into play. A twin-turbo V8 version is available too, producing a mind-blowing 500kW, with consumption rated at 3.4L/100km. But at $460,100, it doesn’t stack as well economically against the $248,000 of the 4 E-hybrid. 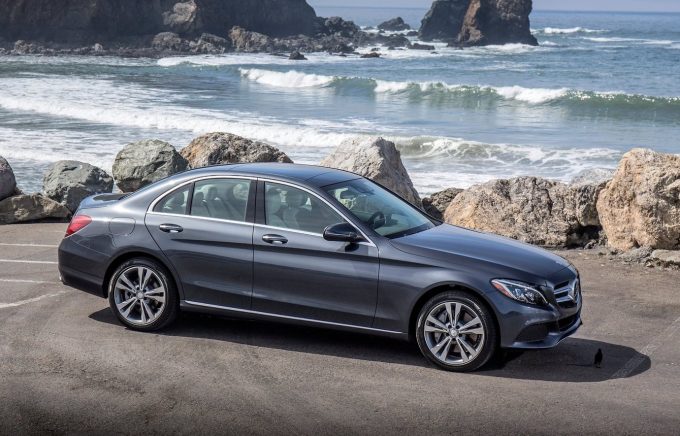 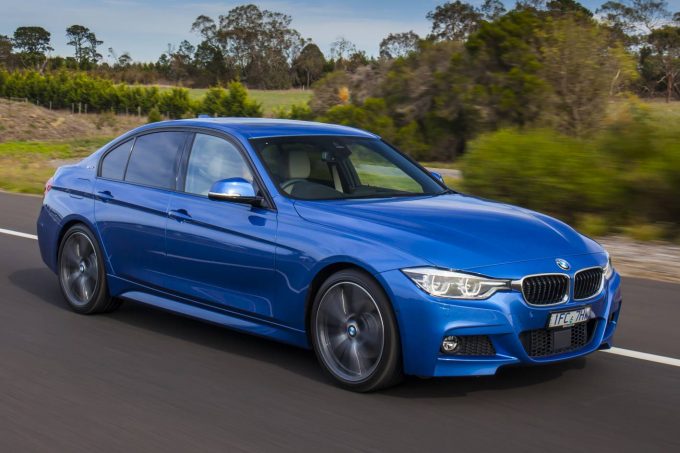 BMW 330e – 2.1L/100km
BMW promises 37km of electric-only range from its $73,900 330e, combining an electric motor of 65kW/250Nm with a 135kW/290Nm 2.0 turbo. A 7.6kWh lithium-ion battery can be charged at home or via the engine, while 0-100km/h is taken care of in a respectable 6.1 seconds thanks to its combined output of 185kW. It’s part of BMW’s Efficient Dynamics strategy, that seems a world away from the Ultimate Driving Machine of yesteryear. The German brand is always working hard to ensure its cars are the sharpest and best-to-drive in the class. 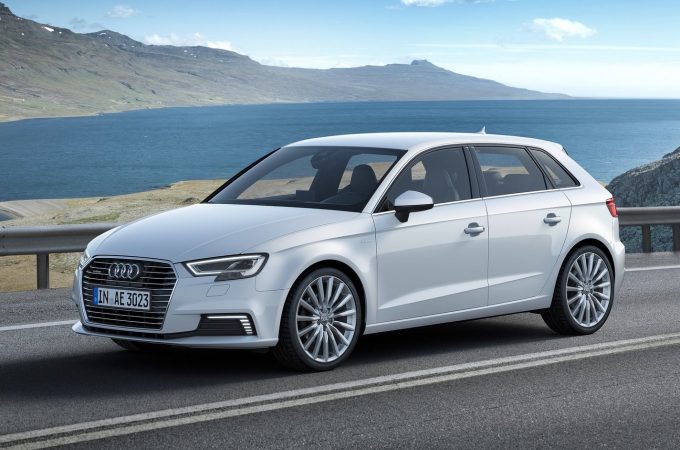 Audi A3 e-tron – 1.6L/100km
Audi’s A3 range tops out with a dilemma. Do you go for the sporty $62,900 S3? Or the $62,490 e-tron plug-in hybrid with its astonishing range? 50km of electric-only range is exceptional, at which point the 1.4TFSI engine kicks in. Easily the most economical model of Audi’s increasingly electrified range. 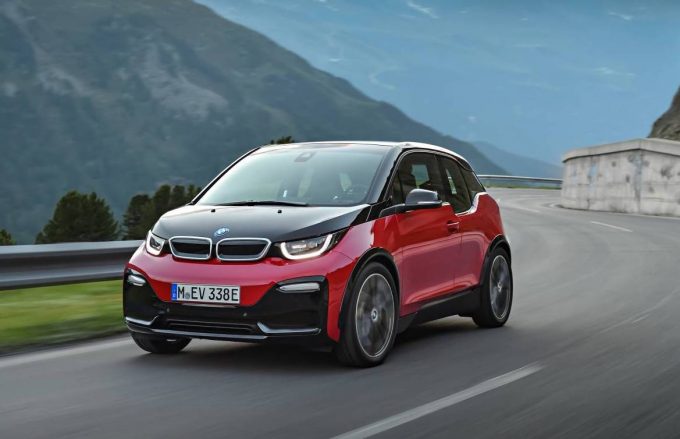 BMW i3 rEX – 0.6L/100km
On the spectrum of petrol to electric, the i3 range-extender is primarily an electric vehicle, with the range-extender flat-twin borrowed from its BMW Motorrad motorbike division to come to the rescue when the EV’s range is depleted. Starting from $69,900, it is also the most affordable new car with a carbon fibre body on the market. Keep an eye out for the i3s hot hatch version coming to Australia soon (pictured).