If you’re running a business, finding the cheapest pickup truck or the best work ute for a given price is a potential minefield. The segment has undergone an explosion of activity. While the traditional players Toyota HiLux, Ford Ranger, Holden Colorado, Mitsubishi Triton and Nissan Navara have all been sharpened, a deluge of Chinese competitors has snuck in to try and steal their lunch.

Traditional Ford Falcon Utes and Holden Utes are now endangered, but with the market being swarmed by Chinese and Indian vehicles in a way the passenger car market is not. With some variants of the established set running into the 40s and 50s for dual cab and 4×4 versions, they can be a tempting proposition, though there are some concerns about safety and reliability. Here are 10 of the cheapest new work utes in Australia for 2017 and 2018. 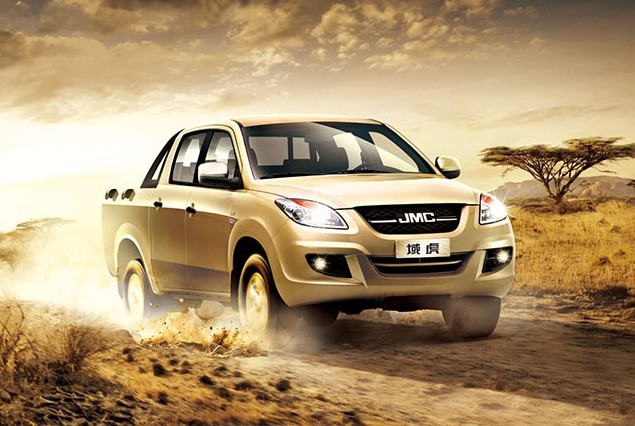 JMC Vigus – $18,990
A brand new dual cab ute for under $20,000 is pretty astonishing, especially when you consider the established set will charge you around mid 30s for the same privilege. The Vigus comes with three-year/100,00km warranty, three years roadside assistance and a sports bar, tubliner standard. Equipment-wise, it only seems to want for cruise control. Safety and quality are quite retrograde, with dual front airbags, no ANCAP rating and a centre rear lap belt. Still, with 224mm of ground clearance as well as Borg Warner and Getrag driveline components, perhaps it is worth considering for you. 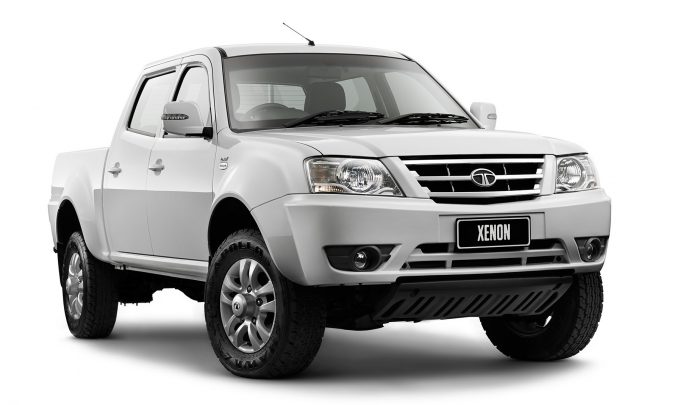 Tata Xenon – $19,990
Imported and distributed by HSV owner Walkinshaw, the Xenon comes standard with a 2.2-litre turbo-diesel of 110kW and 320Nm, which is not too bad for the price point. The entry level variant from $19,990 is a single cab version with an optional 7.0-inch touch-screen. The dual-cab Xenon has achieved a four-star ANCAP rating. 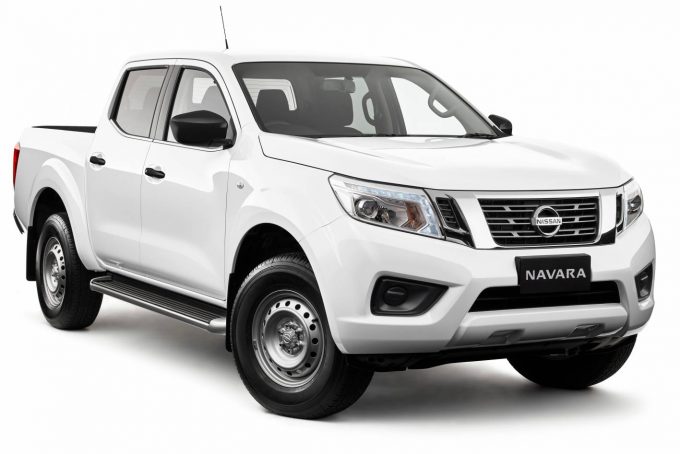 Nissan Navara DX – $19,990
The lowest entry point for the Nissan Navara NP300 is the petrol-engined DX, with steel wheels and five-star ANCAP rating. The all-new design debuted in 2015 and will serve as the basis for the new Mercedes X-Class ute, so when you consider that, the entry price is all the more impressive. The DX comes standard with cruise control. (Note: SL model shown for illustration purposes.) 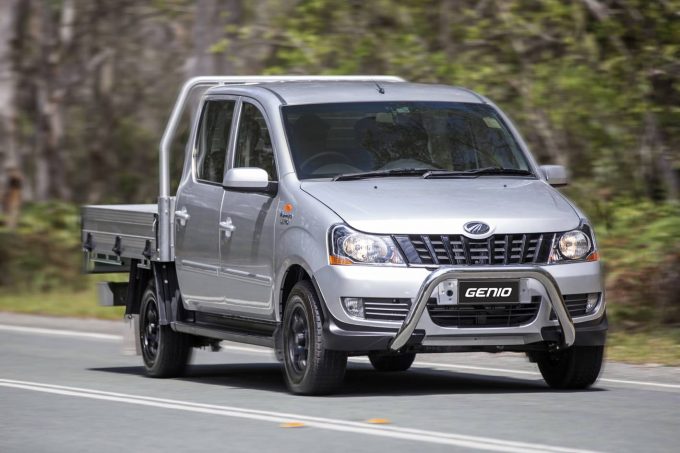 Mahindra Genio – $20,990
This oddball Indian kinda looks like a squished FG Falcon ute from the side. It comes standard with an 88kW turbo-diesel engine, for consumption of 8.6L/100km and a 2.7-metre tray, with an impressive 1.2-tonne payload. The interior is very 1990s Daewoo though and there is no ANCAP rating. The older Pik-Up with its taller body can be had with the same engine from $19,990. 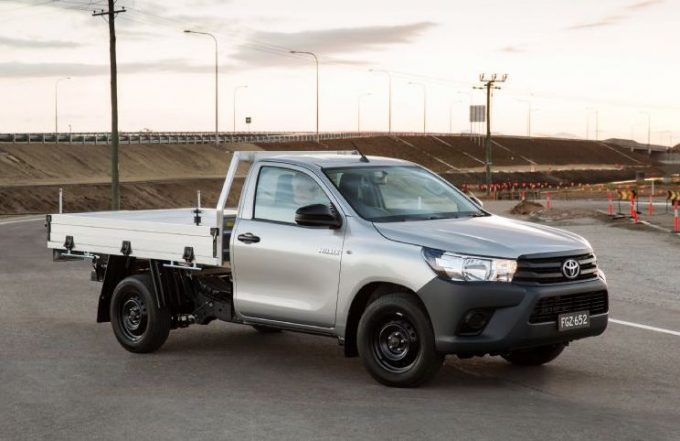 Toyota HiLux WorkMate – $20,990
Toyota’s strategy of a stripper base model gives it impressive coverage, but the Workmate is no longer the stripper it once was without central locking or crucial safety features. The five-star ANCAP rated ute gets a 2.7-litre petrol engine, cruise control and an impressive array if equipment for a bog-stocker, including a touch-screen audio system. If you’re happy with petrol power and single cab, the HiLux represents a great entry point. 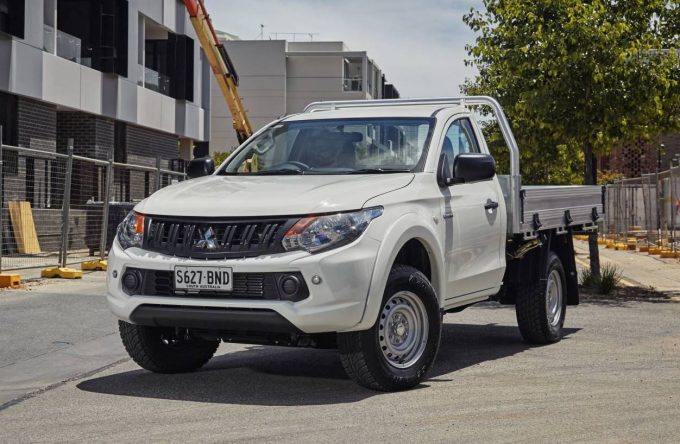 Mitsubishi Triton – $21,990
The Triton is a favourite because of its impressive five-year warranty and it is known to be one of the more reliable utes in the sector. The single cab petrol creates an entry point far lower than rivals such as Ford Ranger, Volkswagen Amarok or Holden Colorado. The dual cab and 4×4 variants also handsomely undercut rivals, giving the Mitsubishi a strong and loyal niche following that results in consistently robust sales. 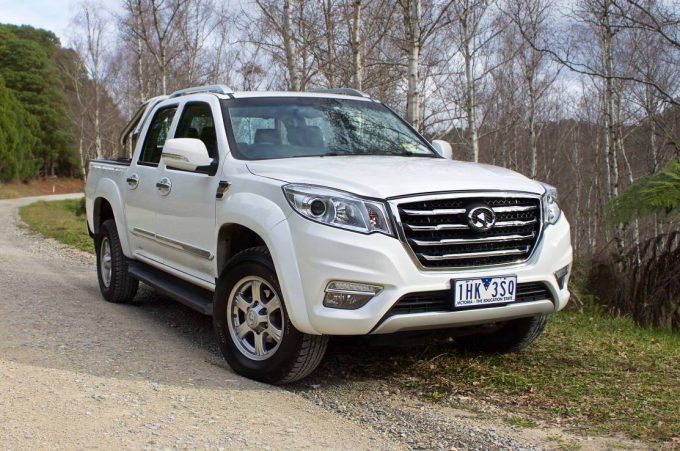 Great Wall Steed – $24,990
The company which introduced Australians to budget Chinese utes is back in its second phase, with the larger Steed. Interior presentation is a step up from the old lot, with a large touch-screen and more car-like layout. The diesel engine generates 110kW and 310Nm. Unlike the Vigus and some of the Indian utes, it gets six airbags and electronic stability control. Unfortunately, it still scored a dismal two-star ANCAP rating. 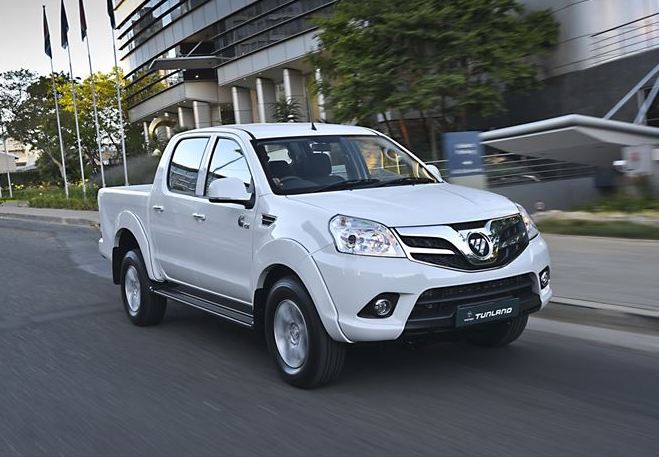 Foton Tunland – $26,990
Out of all Chinese competitors so far, the Foton Tunland has impressed most, with its Cummins ISF turbo-diesel engine and proven drivetrain, the Tunland has all the right ingredients to withstand the test of time. Of concern, however is the three-star ANCAP rating, that splits the worst and best down the middle. Still, a diesel powered dual cab for mid twenties is attention-grabbing. 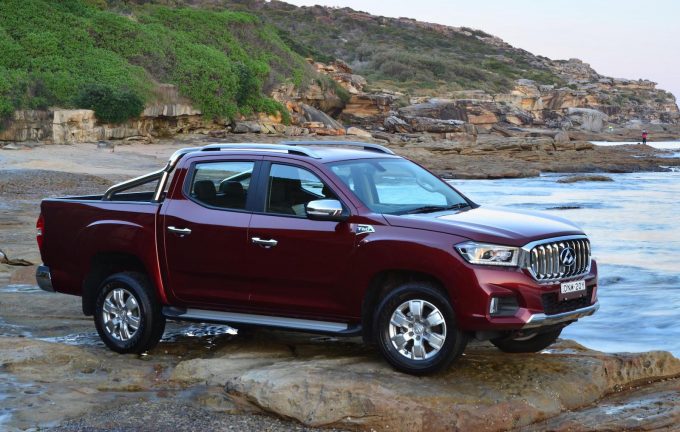 LDV T60 – $28,990 (to ABN holders)
Possibly the most convinving effort to date from a Chinese manufacturer, the LDV T60 is here to please. It Fit and finish as well as features are more car-like than any of its compatriots. Features like a 360-degree camera and lane departure warning indicate this is a step above what we’ve come to expect from the category. Could the T60 be the first Chinese ute to crack the five-star ANCAP score? We’ll find out when it goes on sale from October. 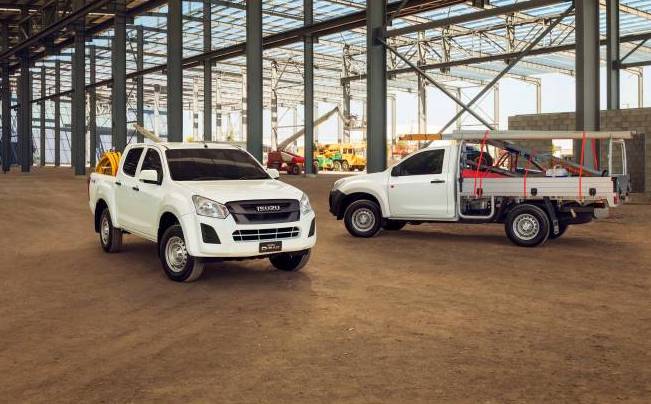 Isuzu D-Max SX 4×2 – $27,500
At time of writing, the entry D-Max is on a $26,990 drive away campaign. Changes for the MY17 D-Max include a 7.0-inch touch screen multimedia system and revisions to the 3.0-litre turbo-diesel that make it one of the most responsive and lag-free units in its class. Isuzu’s hard-earned reputation for building tough trucks has definitely helped them gain traction here, as have the value-oriented prices. D-Max has a five-star ANCAP rating.