Of all seven-seater cars for sale in Australia, the best value for money can be found at the lower end of the market. While Australia doesn’t have the wealth of choice that exists in the Asian market, where names like Toyota Innova Crysta, Suzuki Ertiga and Mitsubishi Xpander give those markets a much lower entry point. Thus we’ve compiled a list relevant to our market that includes the top 10 most fuel efficient seven-seaters and now the top 10 cheapest 7-seater cars outright.

In terms of seven-seaters under $30,000, there’s the Proton Exora at $25,990, but good luck finding stock . Six have been shifted this year. Mahindra XUV500 inventories at time of writing are all 2016 stock but an update is on the way soon. All prices below are in Australian coin and before on-road costs. 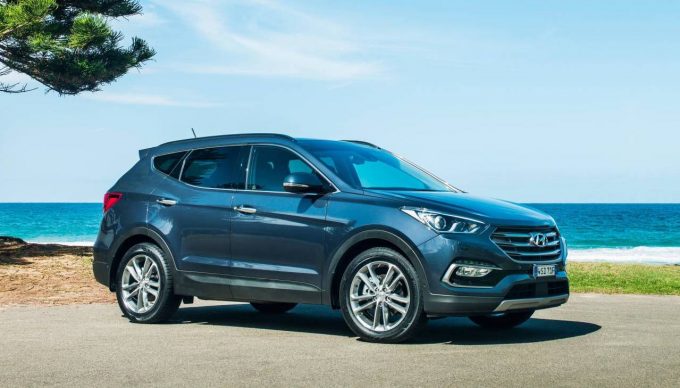 Hyundai Santa Fe Active manual – $39,350
Manual transmission is a delightful anomaly in this day and age, with the 2.4-litre Santa Fe Active offering a stick shift as standard. It could be the only large SUV in its class to do so. The Active X 3.3 V6 at $40,990 represents arguably better value, still an extremely compelling proposition even as an all-new Santa Fe looms large around the corner. 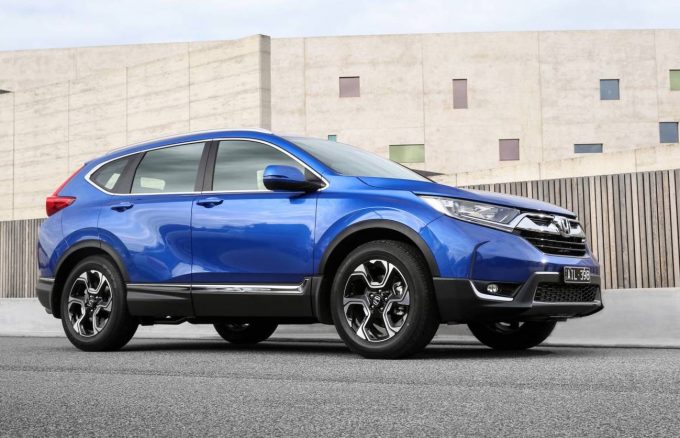 Honda CR-V VTi-L – $38,990
Brand new for 2017, the CR-V is now in its fifth generation, with a gutsy but efficient 1.5-litre turbo engine with 140kW. New to the CR-V is a seven-seater version called the VTi-L, but according to a recent report, more seven-seat versions are on the way, meaning it might not be restricted to the VTi-L for much longer and could get closer to matching the entry point of the Mitsubishi Outlander seven seater. 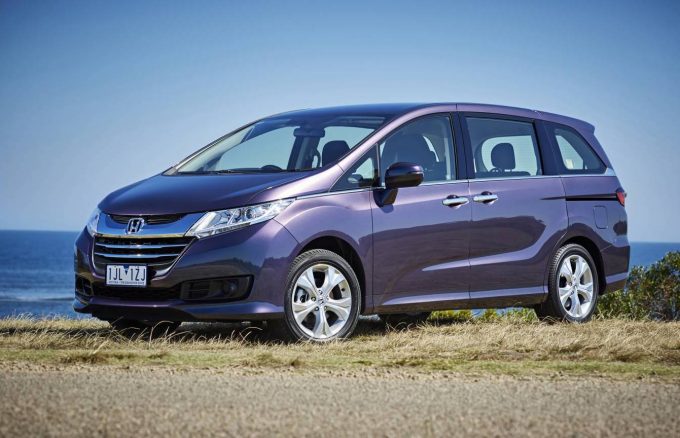 Honda Odyssey VTi – $37,610
The cheapest eight-seater car in Australia is the Honda Odyssey VTi. Previous Odysseys have had a more squat stance and car-like, sporting emphasis but the current version is designed for utility and far more upright and utilitarian. Featuring a five-star ANCAP rating and VTEC engines, the Odyssey possesses traditional Honda virtues of efficiency and excellent build quality in spades. 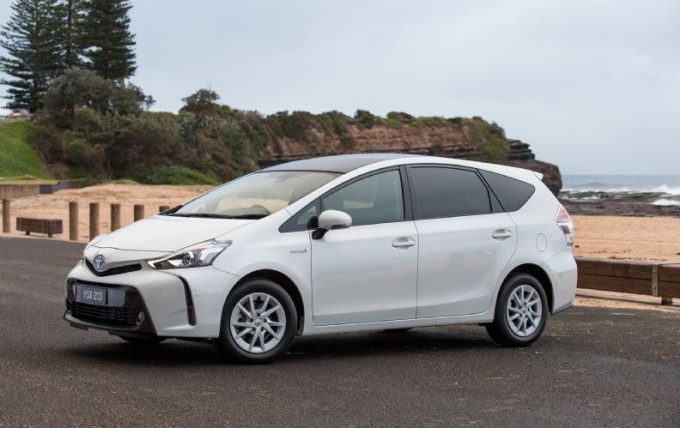 Toyota Prius V – $35,400
Also the most fuel efficient seven seater in Australia, the Prius V is getting a bit long in the tooth, having been introduced in 2012, but is the only hybrid 7 seater currently available in Australia. It’s little brother, the regular Prius is now in its fourth generation and has shifted to Toyota’s dynamic TNGA platform, so we expect a seven-seater version to follow suit soon. 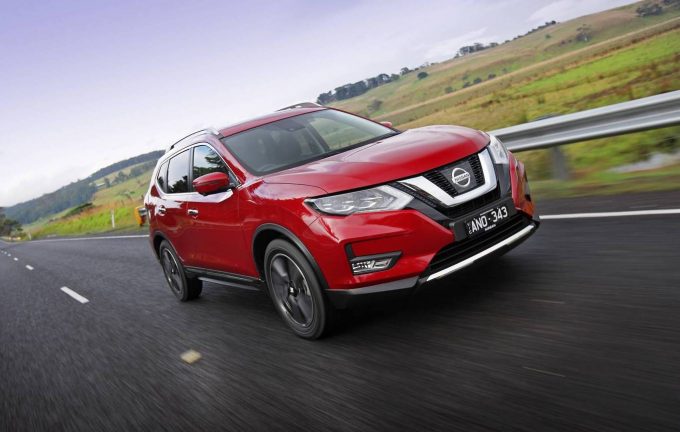 Nissan X-Trail ST – $31,990
The X-Trail is one of the midsize SUV segment’s larger entrants, almost challenging the awful US-sourced Pathfinder for dimensions. The X-Trail is a far more agreeable car than its bigger brother, with better build quality, smarter packaging and more fuel efficient petrol and diesel engines, both mated to CVT automatics. That explains why X-Trail is near the top of the list of best-selling SUVs every month and is one of the more successful vehicles for the brand. 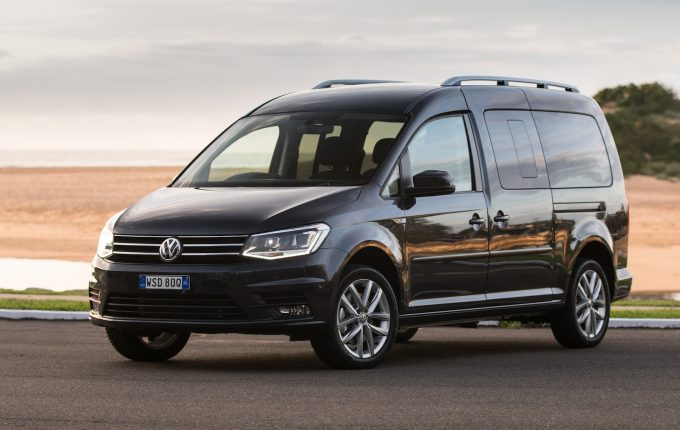 Volkswagen Caddy – $32,890
The Caddy is one of the last remaining Volkswagens on the PQ35 platform, rather than the MQB spreading across the range, but that still makes it more sophisticated than many new cars with a five star ANCAP, laser-precision interior and a 1.4-litre turbo engine with 92kW and a strong 220Nm from 1500-3250rpm. We expect a new-generation Caddy will migrate to Volkswagens newer platform in due course. 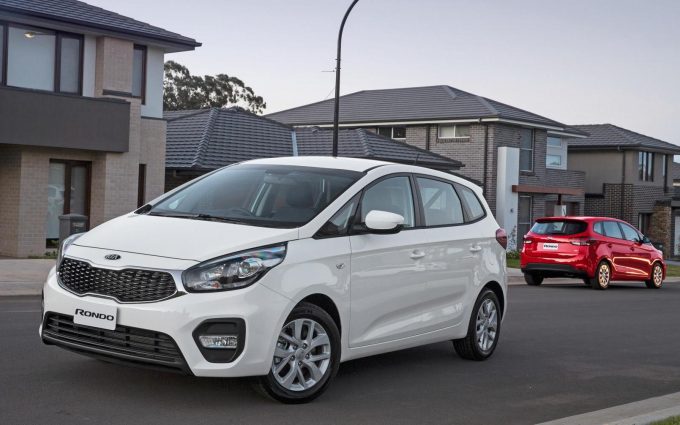 Kia Rondo Si $31,490
The compact Rondo has a 5 star ANCAP rating and a seven-year, unlimited kilometre warranty as its major drawcards. The entry level version, which starts below $30,000 is a five-seater only so if you want a seven-passenger version then you’ll need to spend $31,490. 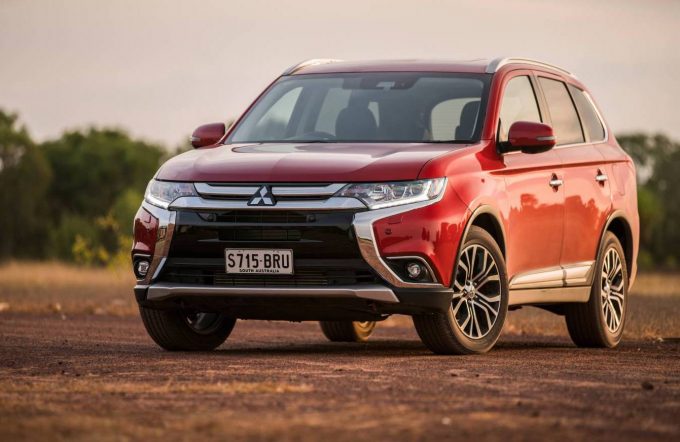 Mitsubishi Outlander LS $30,500
Mitsubishi was one of the first to offer seven seats in the midsize SUV segment, with Nissan and Honda now following suit. While the plug-in hybrid isn’t available in this configuration, the 4WD version starts from $33,500. 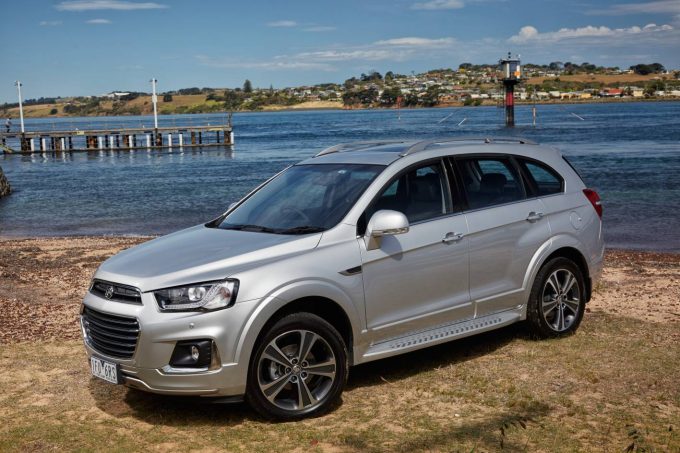 Holden Captiva LS – $30,490
Nearly at the end of its life, the Captiva has been around since 2006, which is good news if you’re after a budget seven-seater with 5 star ANCAP and capped price servicing. A mild refreshment gave the Captiva Apple CarPlay and Android Auto and some cosmetic enhancements but it is about to be replaced by the five-seater Equinox and the Toyota Kluger-rivalling Acadia – both sourced from the United States rather than Korea. If you want a V6 engine and all-wheel drive, you’ll need to fork out $37,990 which is still a valuable proposition. 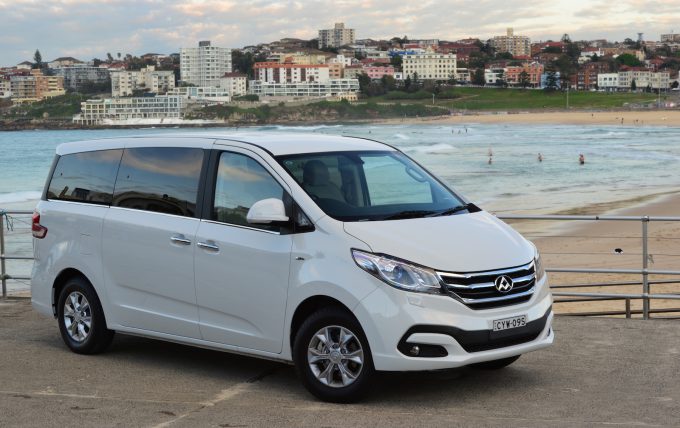 LDV G10 – $29,990
This Chinese behemoth is also Australia’s cheapest 9 seater. The commercial variant of the van is $27,358 with a 2.4-litre petrol, or a turbo-diesel engine, but the automatic people mover comes with a gutsy 162kW turbo and seven seats from $29,990. The 9-seater version is $32,990. This significantly undercuts passenger versions of the Hyundai iLoad and the $41,490 Kia Carnival S – which is probably the best MPV if you can stretch your budget. The G10’s 3 star ANCAP rating is not brilliant.