The best used SUVs for sale in Australia are the ones with proven reliability records and most suitable for use as a family SUV, designed from the outset as a spacious family hauler with 5 or 7 seats, low maintenance and refined. To those who think that new SUVs are too expensive, you’d be delighted to know there is some smart buying for the best second-hand SUV under $10,000 if you are scrupulous and take every precaution. You can take your SUV camping and explore other areas that a conventional motor car just won’t take you. Also consider Honda CR-V. 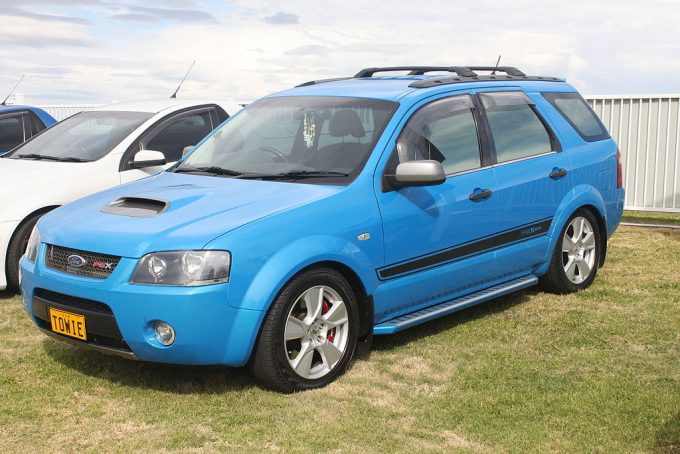 Australia’s homegrown crossover was a smash hit, combining a BMW X5-like driving experience with low running costs and entry price. Utilising the Falcon as a basis, The Territory is extremely versatile with its novel split tailgate, myriad cubby holes, and is a very good looking SUV even today. The turbo-diesel model introduced in 2011 boosted the car’s popularity and it is sorely missed today. Like the Falcon, Territory is designed for longevity but early front suspension issues mean that you need to make sure that 2004-2006 models have had their recall work carried out.

The Captiva gets a bad wrap for its cheap interior plastics, dull driving dynamics and the fact Holden kept it on the market for 12 years but it does make for good buying if you’re looking for a second hand model. The design is relatively modern, it can be had with 7 seats and the mechanical package is similar to that found in Commodore and Cruze models. 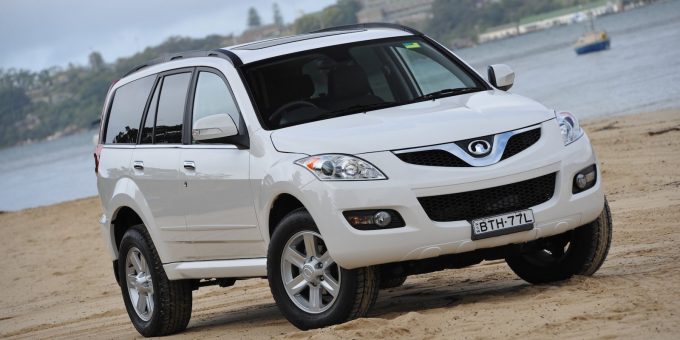 Again, Great Wall Motors isn’t the most desirable car brand on the market, but hear us out. The X-series used a proven mechanical package and had a super-affordable entry price. Due to its rugged simplicity, we’d have no reservations about its long term reliability, but the X200 diesel automatic would be the pick, and as usual make sure it has been scrupulously serviced and maintained and that it has underwent its recall work for asbestos materials in 2012. 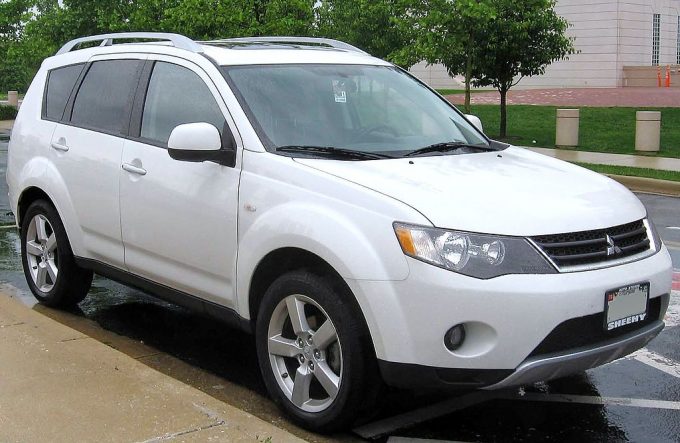 The Outlander was one of the first midsize SUVs to adopt a 7 seat option, so its one of the more affordable used car choices. Whether you go for 4-cylinder, V6 or diesel power, the Outlander is an attractive buy. The second-generation’s flip down bumper bar tailgate is a feature we miss on the latest model, as well as the Rockford Fosgate sound system of the Exceed that produced pumping bass. Peugeot and Citroen also had spin-off versions of this model. 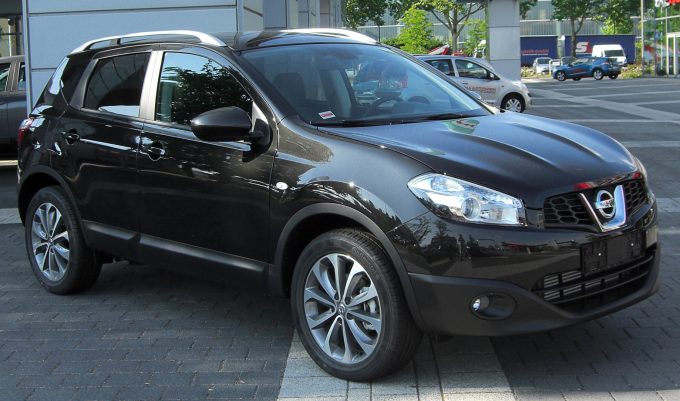 A rare hit for Nissan, the Dualis (and 7 seat Dualis+2) combined the proportions of a small hatchback with higher-riding seat position of an SUV and some rugged accouterments such as exterior cladding- without going overboard. Now replaced by the Qashqai, the Dualis is a pretty safe bet on the used car market. 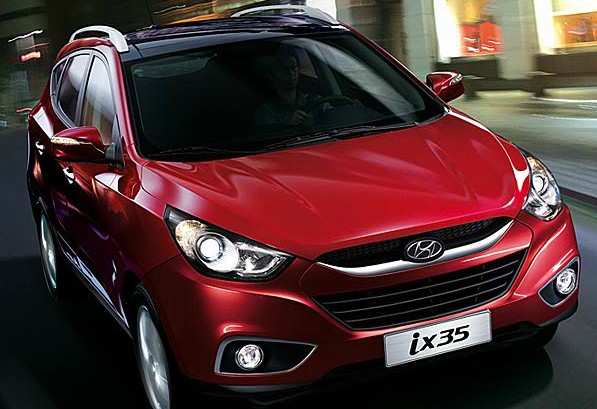 Sandwiched between the first-gen Tucson and current, third-gen model, Australia switched to an alpha-numeric nameplate for the second-generation model, which is renowned as one of the safest used car buys and a reliable, practical spacious second-hand SUV. 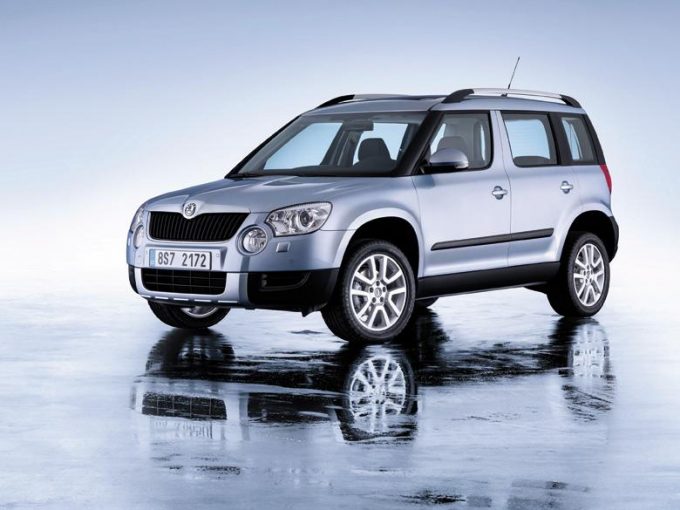 Skoda’s Yeti offers standout looks and Volkswagen quality for a cheap price, but we would venture that if you can do without the offroader pretentions, the Roomster is a far funkier alternative, with its stepped roof and slick styling. Either way, make sure servicing is up to scratch.

Hyundai’s Santa Fe really grew from its second-generation onwards, offering 7-seat versions and more refinement as it pursued upmarket rivals such as the Mitsubishi Pajero Exceed. Top spec models with leather and all the modcons are now avialable at a pretty cheap price, with the R-Series 2.2-litre turbo-diesel engine definitely the pick of the litter. 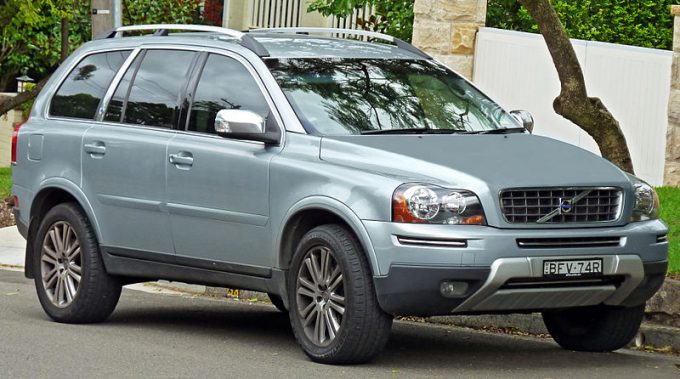 The last-gen XC90 was around for a very long time, but it was a safety pioneer in the premium SUV segment, being not only the kindest to its occupants but also having a crossbeam that activated the crumple zones of shorter cars in the event of an impact. This means even an older example will have far superior safety technology than its rivals from BMW, Audi or Mercedes-Benz but ensure kilometres are reasonably low. 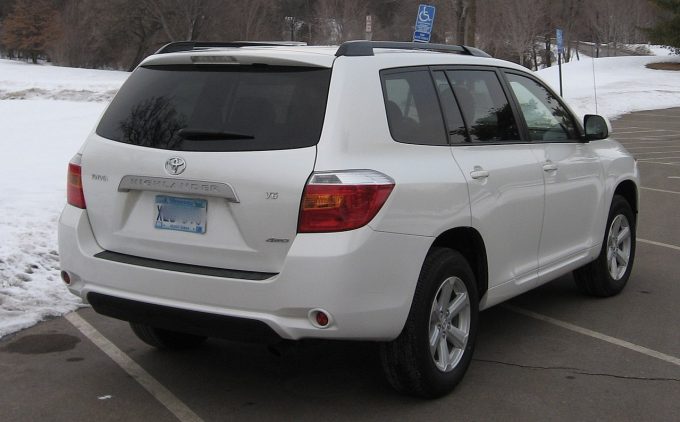 The second-generation Toyota Kluger introduced a fantastic 2GR V6 with 200kW and more room than ever before. It has, arguably far better looks than the current generation, which looks clumsy and overly-American. The Japanese-sourced Kluger is one of the best value-for-money propositions in this list, but be aware it is no sports car and needs to be treated as such.