Australia’s best SUVs are a constantly evolving breed, which is due to the intense competitiveness of the marketplace. Year after year, SUVs overtake their normal counterparts to the point where they now seriously threaten the existence of normal cars. Since the market is constantly evolving, here are ten of the freshest SUVs, and why we think they are so impressive.

Whether you’ve come in search of the most fuel efficient SUV on sale, Hyundai SUV, Audi SUV, or Mazda SUV, whatever your original gain, we suggest checking this lot out before deciding which SUV is right for you. 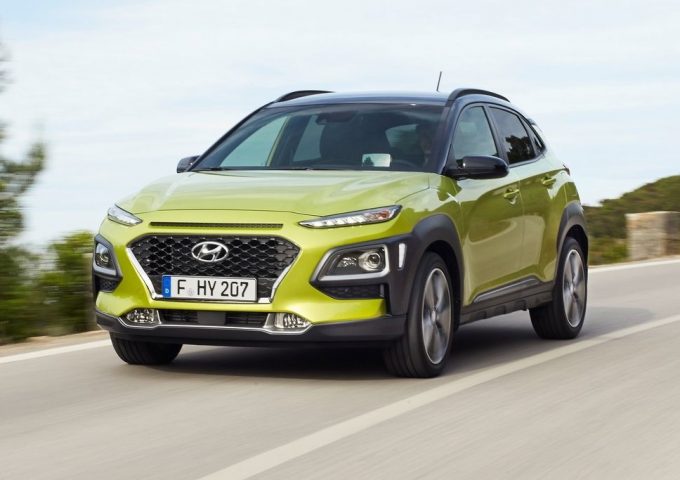 A challenger to the small SUV sales dominator, the Mazda CX-3, the Kona takes Hyundai’s styling language in a bold and confident new direction. Like the Toyota C-HR and Nissan Juke, the Kona is designed to be noticed, not blend in. Engines range from a 2.0-litre with 110kW and 179Nm, a 1.6 turbo-diesel, or a stonking 1.6 turbo with 130kW and 265Nm, which should make it one of the fastest in its class. Head-up display, panoramic roof and a state-of-the-art infotainment system are part of the package. 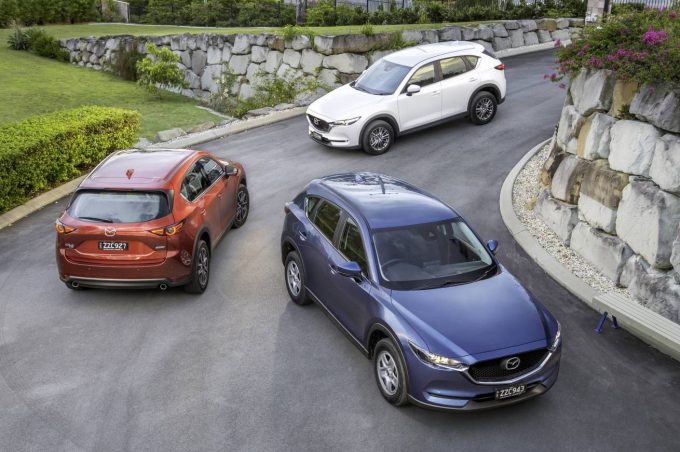 Already the best-selling medium SUV throughout its life and during 2016 the best-selling SUV of all, Mazda really didn’t have to do much when it came time for the second-generation CX-5. Building on the sporty, great driving original, the new model is quieter, more luxurious and more efficient than before. A five-star ANCAP crash rating has been confirmed while petrol or diesel power is available. 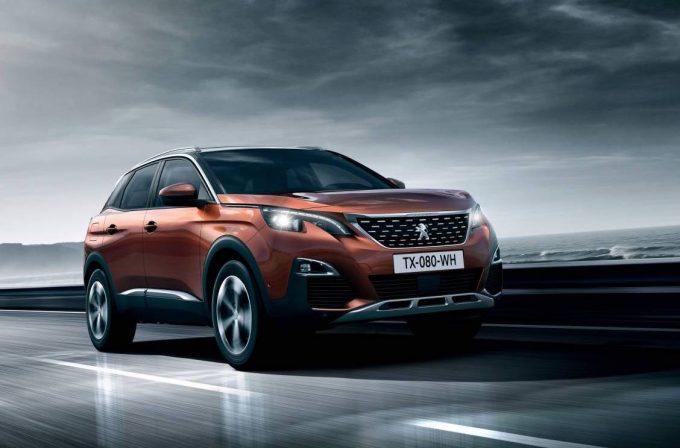 French carmarker Peugeot’s ambitious new 3008 is an SUV the brand is expecting will endear itself very well to Australians. The exterior is afresh with Gallic flair, while the interior has a very unique and spaceage layout that truly sets it apart from the competition. Safety, luxury and efficiency are all impressive, regardless of which model you go for. 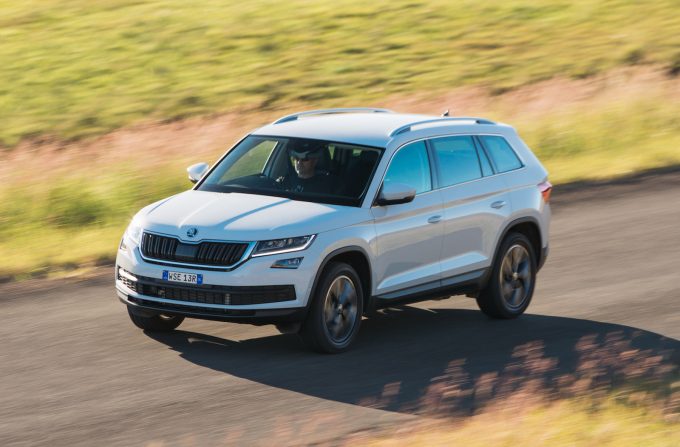 Skoda’s five- and seven-seater medium SUV takes ‘Simply Clever’ to new heights. Based on parent Volkswagen’s ‘MQB’ platform, the Kodiaq can tow up to 2.5 tonnes, and comes powered by 1.4- or 2.0-litre turbocharged four-cylinder petrols or 2.0-litre diesel engines. Economy as low as 5.0L/100km is promised for the diesels. Even the most powerful diesel can accelerate from 0-100km/h in 8.6 seconds, while the large infotainment screen features Apple CarPlay and Android Auto. 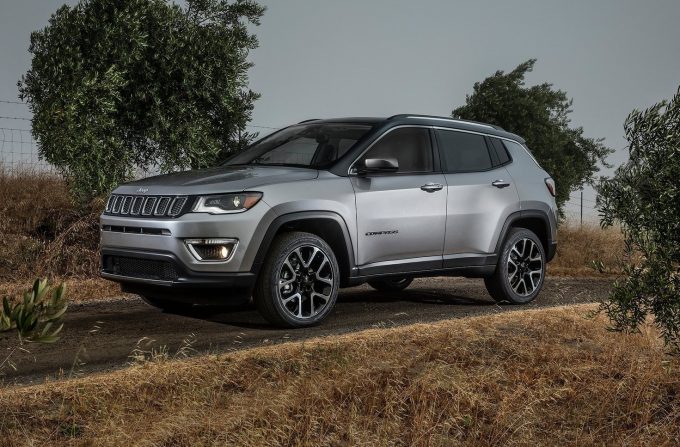 The refreshing new contender Jeep so desperately needs is the all-new Compass. Being a Jeep, the company promises ‘best in class 4×4 capability’ and superior on-road driving dynamics. An off-road oriented Trailhawk model adds ground clearance and rough road ability. The new interior and exterior design is a major leap forward from what we’ve come to expect from Jeep lately. 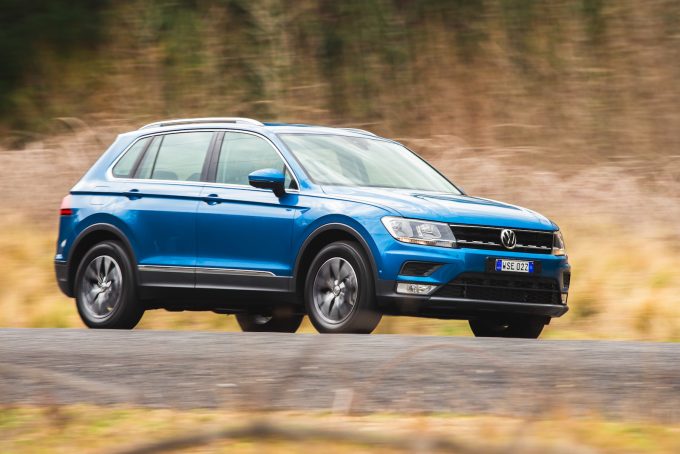 Launched earlier in 2017, the second-gen Tiguan migrates to the brand’s MQB platform to offer crisp interior and exterior design, plus extraordinary quality and packaging. An 8.0-inch touch-screen with Apple CarPlay and Android Auto plus the availability of a digital instrument display makes the Tiguan feel distinctly more premium than many of its rivals. 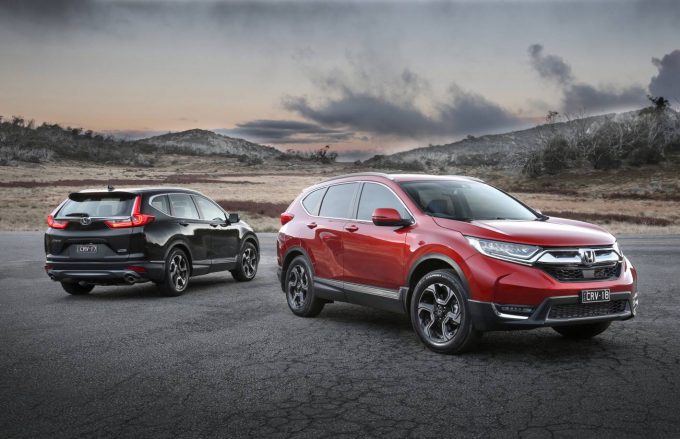 With a gutsy 140kW 1.5-litre turbo engine, the CR-V comes standard with the kind of power output that is optional on rivals. The all-new model has all the infotainment goodies you could expect combined with a more rigid body, the availability of seven seats and a great driving experience. 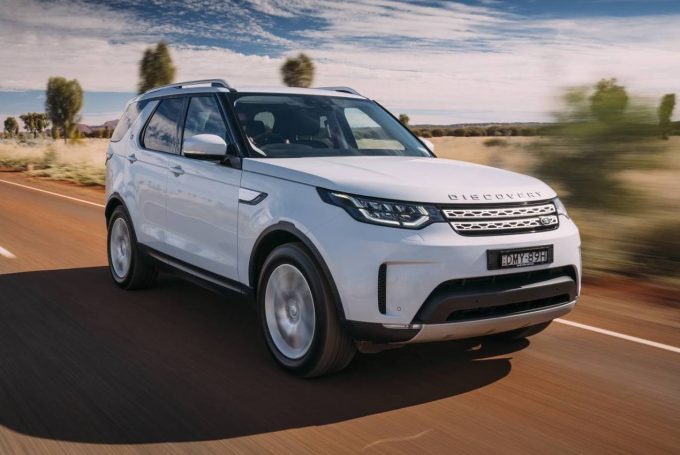 The latest version of a British icon rewrites the book on style, ditching its square and step-roofed design, but still offering three rows of generous accommodation for adults and new levels of off-roading prowess and luxury. Engines range from frugal four-cylinder turbo-diesels to a gutsy V6 diesel, with up to 3500kg towing capacity. Can the Discovery wrest back the crown from its badge-snob rivals? 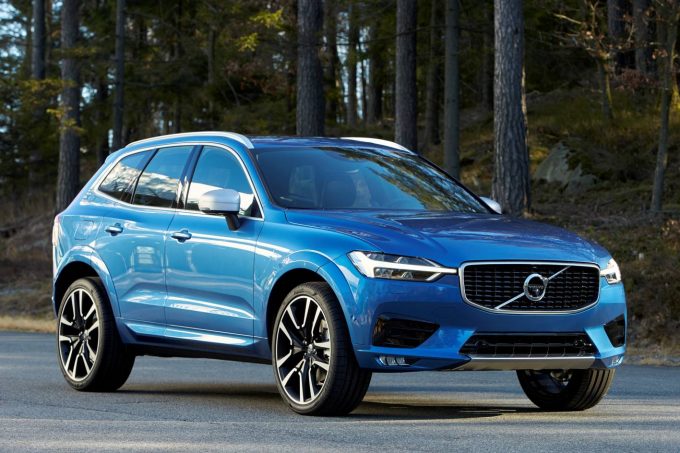 Ever since its massive cash injection from Chinese owner Geely, Volvo has been on a major role, creating a successful and distinctly Scandinavian design language inside and out. It is modern, clean and serene. Volvo is now a viable alternative to the established prestige set and the XC60 further bolsters that. With advanced four-cylinder petrol and diesels and hybrids available, XC60 is at the cutting edge of design, efficiency and safety for luxury medium SUVs. 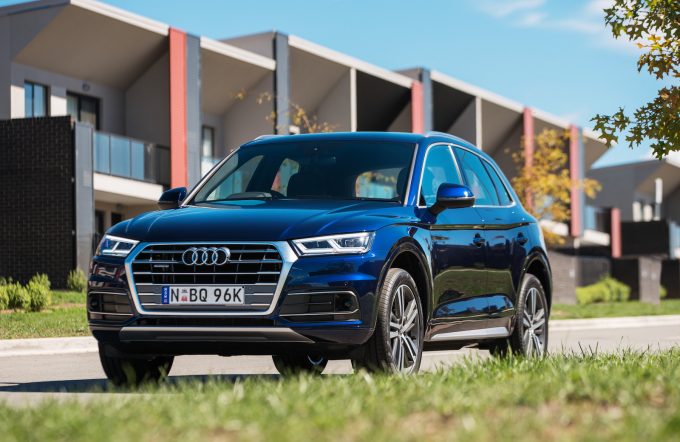 The new Audi Q5, which is up to 90kg lighter than the outgoing model, brings the latest chassis engineering tech, interior standards and exterior design language from the Ingolstadt, German brand, to maintain Audi’s reputation for impeccable interiors, bank vault solidity and unbeatable efficiency. The top SQ5 brings impressive performance too, using a 260kW turbo V6 petrol unit to conquer 0-100km/h in a claimed 5.4 seconds.