For decades in Australia the best car for towing a boat or towing a caravan was made right here. A big six or V8 Ford Falcon or Holden Commodore, with a tow pack.

Well they aren’t around anymore and Australians moved on a long time ago. Nowadays, the preferred tow vehicle is a ladder frame SUV or dual-cab ute. There are a few passenger car options with a tow rating of between 1-2 tonnes, but these 3.5-tonne towers are rated to take on the heaviest loads. To find the best ute for towing or best SUV for towing, it’s not just the braked towing capacity which needs to be considered, but also the gross combination mass rating (the maximum weight allowed including vehicle weight, passenger and cargo, and trailer weight) for each vehicle. The torque delivery is also important which affects not only fuel consumption but the effort with which it can pull said load.

There is a wildcard in the form of the Ram 2500, converted by Walkinshaw, with its 6.9-tonne towing capacity thanks to a heavy-duty chassis monstrous Cummins diesel engine. If that isn’t sufficient, the best truck for your towing needs might be a Ford F 250 or above from a conversion outfit such as Performax. At around the 15 tonne mark, it could pull the moon out of orbit.

While the Mitsubishi Triton might not be the highest rated tow car at 3100kg, the related Pajero Sport has an identical rating, giving it the best tow rating of its class, and 100kg more than the venerable NX Pajero. For the record, the best mid-size SUV for towing is the Jeep Cherokee, at 2041kg. So, whether you’re towing a boat or towing a trailer, here are the top 10 best cars for towing. It is worth noting that this is braked towing, where trailer brakes are fitted, and in Australia the design rules allow a maximum of 3500kg 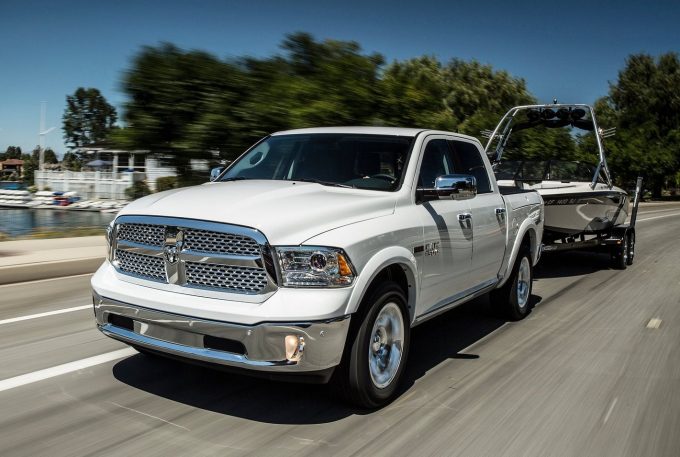 Ram 2500 – 6900kg
At 6942kg, the American-sourced Ram ute is not only imposing on the road, but it can shift some serious gear. In its home country, there is a lot of importance placed on ‘hauling,’ so vehicles capable of moving significantly higher tonnage than what we get in Australia are all the rage. It’s 5.9-litre Cummins turbo-diesel straight six generates an impressive 276kW, with its 1152Nm at 1600rpm. Prices start at $139,500, but this may come down if the next-generation Ram is built in right-hand drive from the factory. 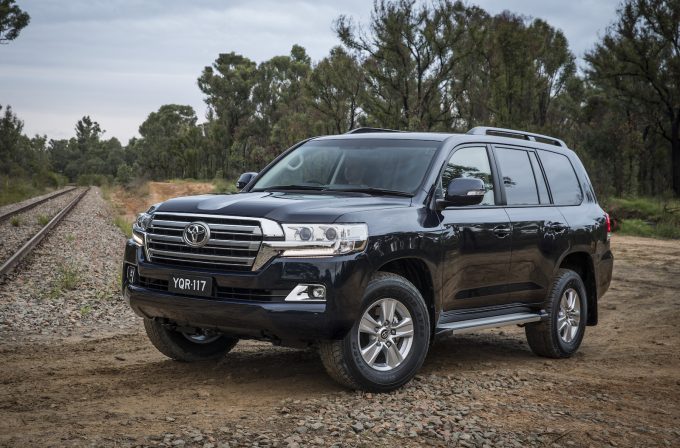 Toyota LandCruiser 200 – 3500kg
An old favourite of Australians, the LandCruiser’s towing capacity is up there with the best of them, at 3500kg. Its stout 4.5-litre twin-turbo diesel V8 develops 650Nm of twist at 1600rpm, meaning it will effortlessly move large loads. A kit from Lovell can increase this by a further 500kg, to 4000kg. The 70 Series LandCruiser wagons and utes are similarly good at 3500kg. 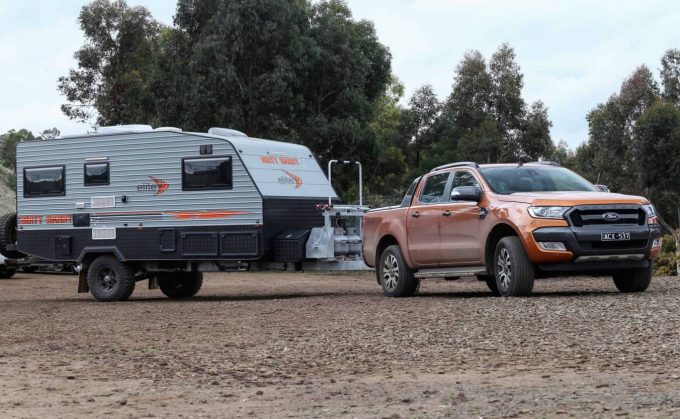 Ford Ranger/Mazda BT-50 –  3500kg
Thanks to its 470Nm coming on stream at 1750-2500 rpm, the Ford and Mazda twins were among the first contenders to hit the three-and-a-half-tonne mark for towing. Despite the same powertrain, the Ford Everest’s towing capacity is 3000kg – marginally less, but still impressive. 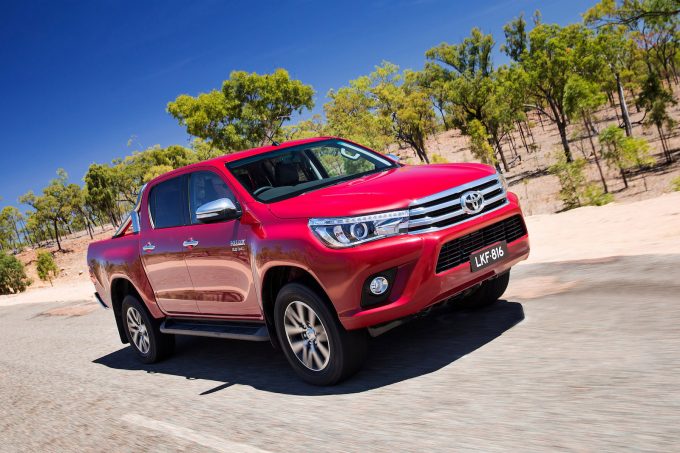 Toyota HiLux – 3500kg
Sitting at the top of the sales charts so long, Toyota would be crazy to cede any ground to the competition Torque ratings for the manual and automatic versions at 420Nm between1400-2600 rpm, and 450Nm at 1600-3400, respectively. 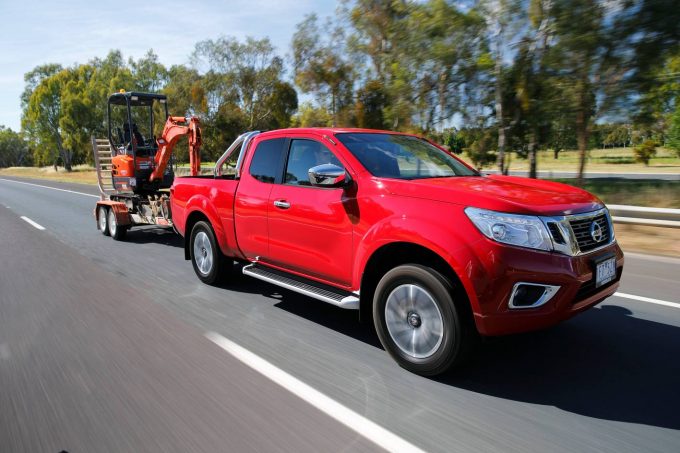 Nissan Navara – 3500kg
Whether you choose the 120kW/403Nm or 140kW/450Nm version of the 2.3-litre turbo-diesel engine, the Navara is rated to 3500kg towing. It has handy features such as a sliding rear window, reverse camera and more. 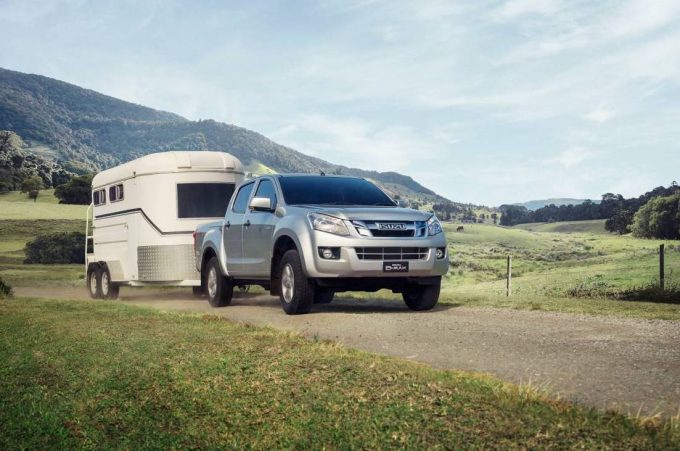 Isuzu D-Max – 3500kg
A recent upgrade including a variable geometry turbocharger has given the D-Max a new lease on live, with a surge of 430Nm at 2000-2200 rpm, but makes as much as 380Nm at 1700-3500 – which is the peak figure of the outgoing version. Isuzu has been in the business of hauling and shifting loads for a long time so they have it down to a fine art. The MU-X wagon has a slightly lower rating of 3.0 tonnes flat. 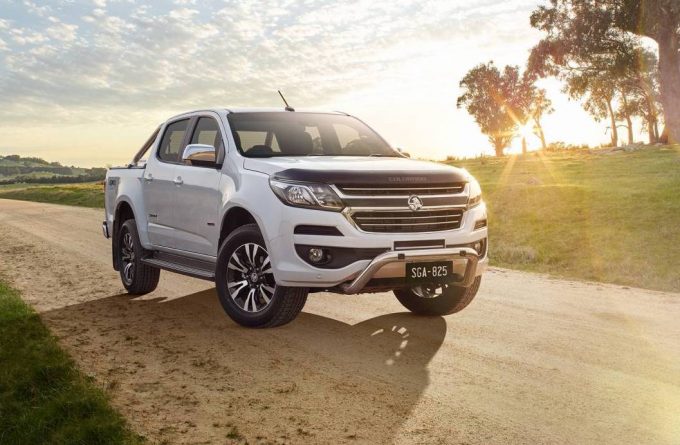 Holden Colorado – 3500kg
Holden’s Colorado, despite sharing some genes with the Isuzu D-Max features different powertrains. Its 2.8-litre turbo-diesel delivers a class-leading 500Nm (for a four-cylinder), but this comes on relatively late at 2000rpm. The manual version has a maximum torque rating of 440Nm, and at a lower 1600rpm. 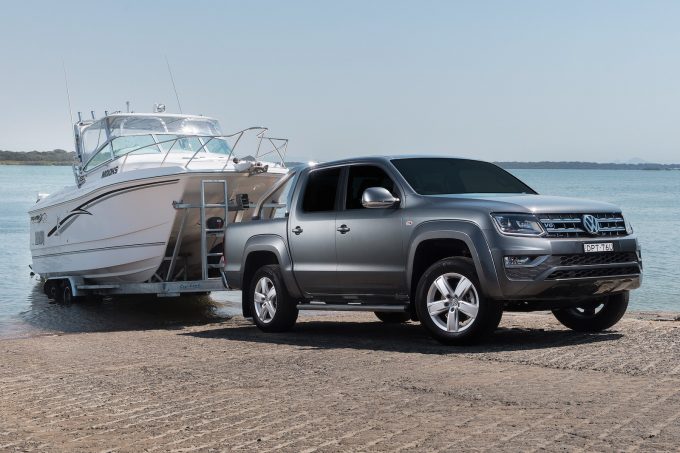 Volkswagen Amarok V6 – 3500kg (V6 only)
The new king of torque in the pickup class is the Amarok V6 diesel with 165kW and 550Nm from a low 1500-2500rpm. It also has an overboost function that stretches that to 580Nm for brief bursts. A manual transmission for this engine will become available next year. Currently, the Amarok V6 begins from $55,490. 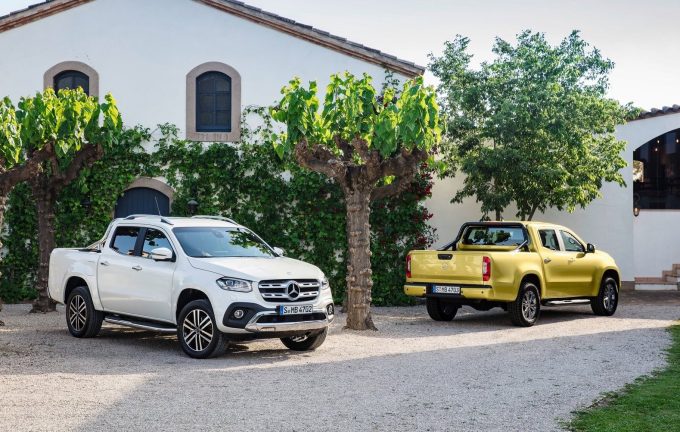 Mercedes X-Class – 3500kg (3200kg for 4×2)
While final figures have yet to be released, the Mercedes-Benz X-Class will be the first premium luxury dual cab ute. Available with four or six-cylinder power, the X-Class can tow 3200kg in 4×2 or 3.5 tonnes when specified with 4×4. 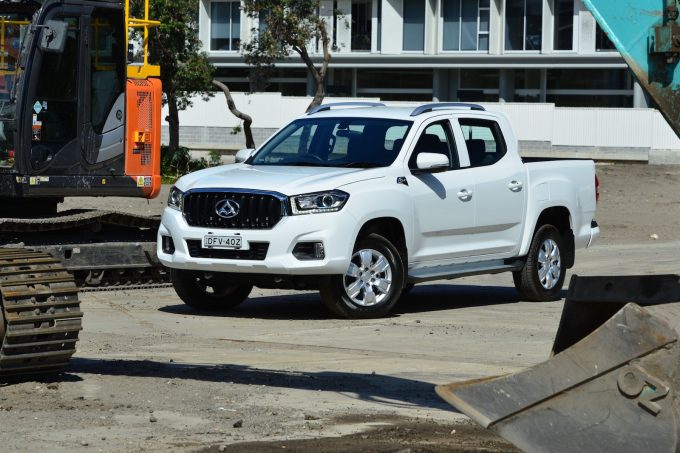 LDV T60 – 3500kg
Although its figure of 360Nm at 1600-2800 isn’t the best in class, LDV still says its newest vehicle is up to the task of shifting as much as the best in class. With an expected 5 star crash rating and a high quality interior, this could be the most convincing ute yet, as discussed in our Top 10 cheapest new utes.