The best family car for Australians is no longer, by default, a large sedan or wagon. Our changing demography, technology and the way we get around has splintered the car market into many pieces. For those who ferry 5-6 adult passengers on a regular basis, a minivan can often be the best choice, but SUVs are overwhelmingly preferred on the basis of style, height and the perception of safety. Sometimes they include off-road ability too, to make weekends more interesting. They also lend themselves better to towing, and carryinyg accessories such as bike racks, roof racks and storage boxes.

A growing number of buyers are looking to use their cars for ride-sharing services too, such as UberXL, for more passengers than a normal UberX. Here are 10 seven-seater SUVs that are due to hit the market soon. 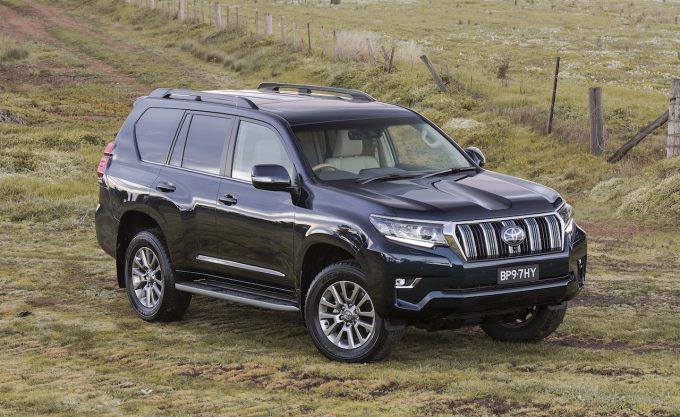 A best-seller which has only been threatened by the locally-made Ford Territory, the freshly-facelifted Prado launches with safety features like autonomous emergency braking (AEB), blind-sport monitoring and lane-departure warning filtering down from the Kakadu. The restyled exterior now more closely mirrors its bigger brother – the LandCruiser 200 series. The 2.8-litre turbo-diesel becomes the sole engine choice, with the petrol V6 no longer part of the local range. A freshened interior should also help it maintain showroom appeal and market dominance against newer contenders such as the Ford Everest. 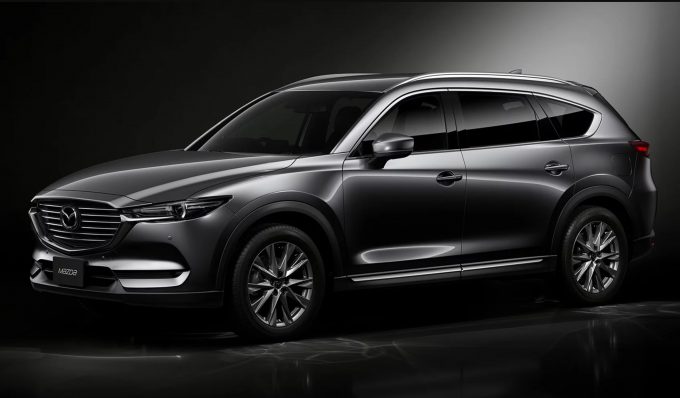 Not confirmed for Australia at the time of writing, the CX-8 is a kind of ‘best of both worlds’ approach between the CX-5 and CX-9. Think of it as a CX-5 with the CX-9’s longer 2875mm wheelbase and you’re on the money. Instead of the CX-9’s turbo 2.5-litre petrol engine, a 140kW, 450Nm turbo-diesel is the sole engine on offer.

Available in six or seven seater guise, the CX-8 at time of writing is a Japan-only proposition, but Top10Cars understands that Mazda Australia is working very hard to get this in our lineup. 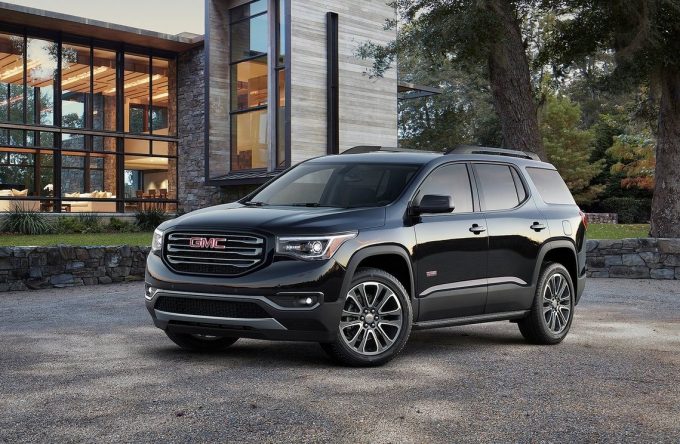 To replace the now very long-in-the-tooth Captiva 7, Holden is switching to the US-sourced GMC Acadia (pictured), which is a larger, more Kluger-sized SUV than the smaller and oft-maligned “Craptiva”. At 4917mm long, 1915mm wide and 1745mm tall on a wheelbase of 2857mm, the 3.6-litre V6 powered Acadia looks quite accommodating. Holden engineers are putting prototypes through their paces to ensure the Acadia handles Australian conditions with aplomb, and you can expect all manner of driver assistance technology such as adaptive cruise control and blind-spot assist. 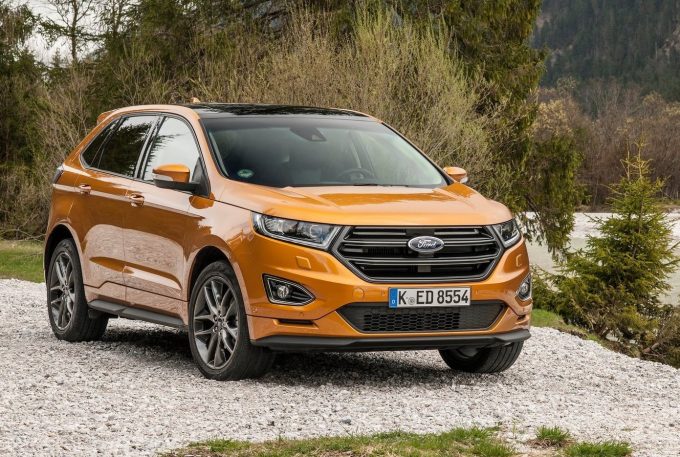 While not expected to be called Edge, as Toyota would not relinquish its rights to the name here, the Edge takes over from the hugely successful and Australian-made Territory; it has very big shoes to fill as a versatile and dynamic large SUV. The Edge, or whatever it will be called (possibly ‘Endura’), will have three rows of seats, range from $45,000-$70,000 and be powered solely by a 2.0-litre diesel engine and eight-speed automatic combination, meaning it should be quite thrifty. 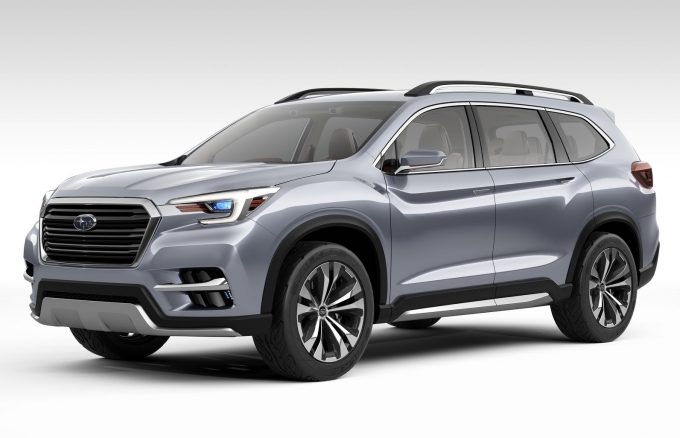 The Tribeca was an unloved, awkwardly-styled large SUV that didn’t meet sales expectations. Nevertheless, Subaru is back for another crack with a conventionally-styled successor to the frog-face Tribeca. The new SUV will sit atop the Subaru Global Architecture, which means hybrid capability, new chassis components and a range of turbo four-cylinder petrol and diesel engines. 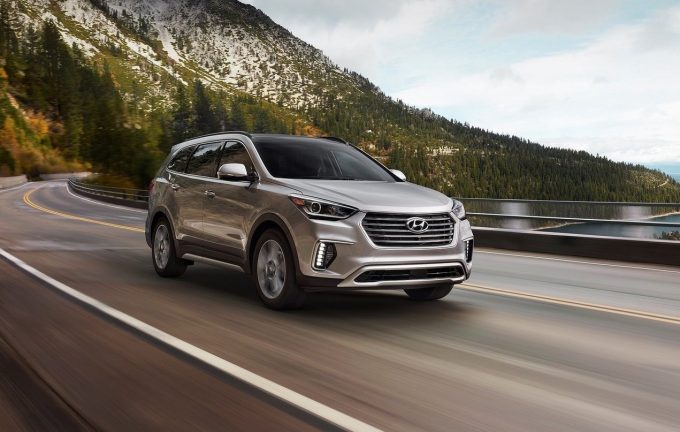 Currently being punted around the Nurburgring, the next-gen Santa Fe adopts altogether more daring styling, like its new little brother – the Kona. Santa Fe will bring a new arsenal of safety and comfort features in its big red sack, with efficiency and performance gains expected. As with all other new Hyundais, a local tuning program will ensure it takes to our roads like a duck to water. 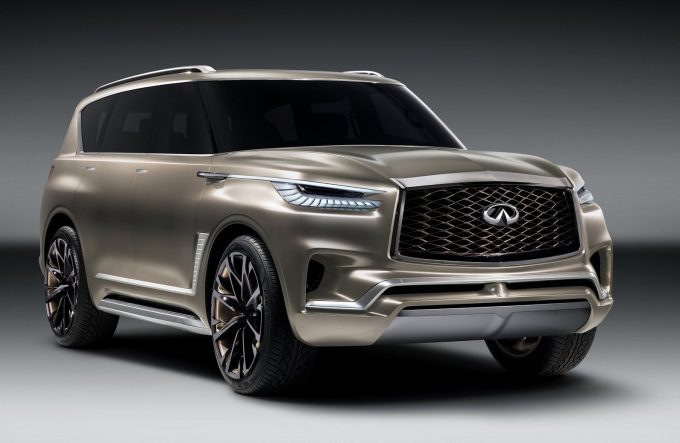 The rhinoceros of the automotive world will come stomping back for another go. Previewed by the QX80 Monograph concept (pictured), the new design is an evolution of the existing car, albeit more cohesive with less lumpy bits. 24-inch alloys of the concept car are a dubious candidate for the transition to production, as is a Nissan Patrol version this time around, since that car might be partnered with the next-gen Mitsubishi Pajero. 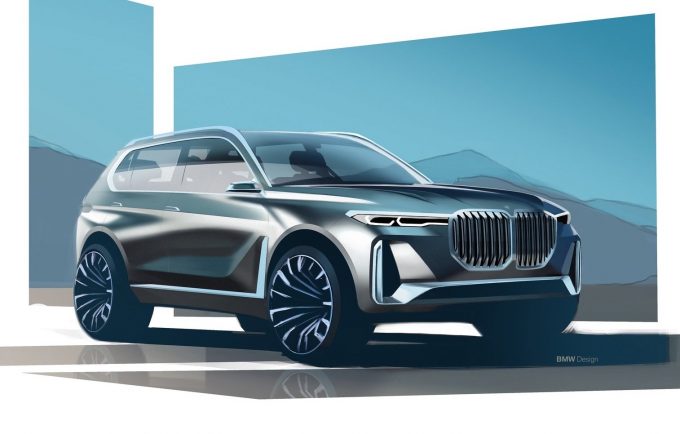 Bavaria’s high-riding luxury flagship aims to bring what makes the 7 Series so special to an SUV body with seven seats. Technology such as laser headlights, remote summoning and semi-autonomous cruise control means this is a higher-end product that will be flying the blue and white flag high. Expect an entry price above $150,000 and a range of petrol, diesel and plug-in hybrid engine choices. 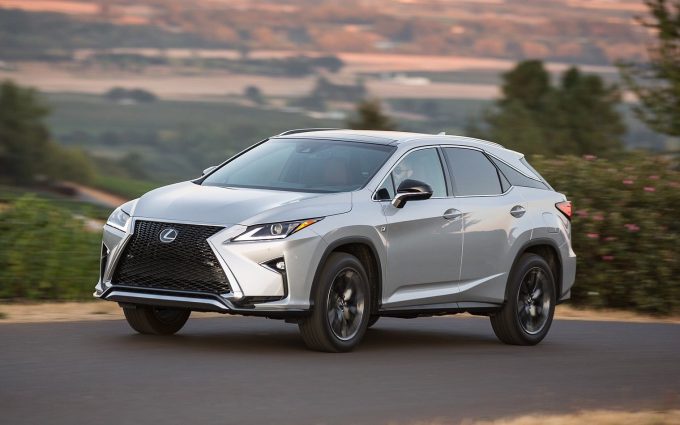 The seven-seater version of the Lexus RX will add length to the car-based luxury crossover, so it can accommodate an additional two passengers like its bourgeois brother, the Toyota Kluger. Being a Lexus, expect a trick electronic seat-folding mechanism and ‘L’ badging for the longer version. 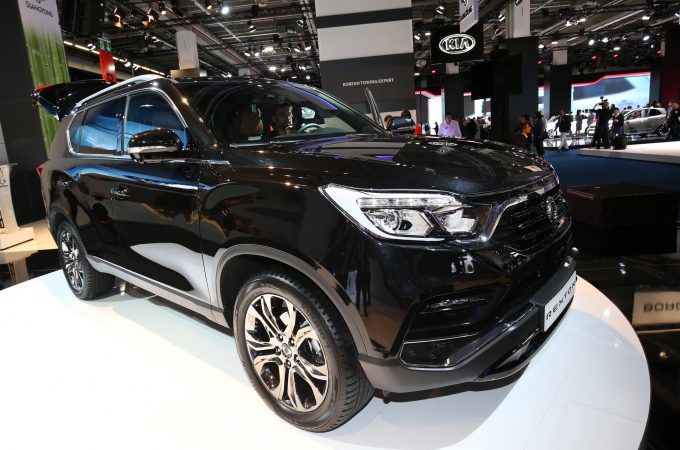 SsangYong has always been a left-field South Korean alternative brand and, with an increasing number of Chinese competitors such as the LDV T60 and Haval H8, definitely needs some fresh metal to remind everyone what it can do. The Rexton is a large SUV that offers rear- or all-wheel drive, 2.2-litre turbo-diesel with 133kW/420Nm or a 165kW/350Nm turbo-petrol, both attached to a Mercedes-Benz seven-speed automatic. It’s not 100 per cent confirmed for Australia at time of writing, but it’s believed SsangYong’s importer Ateco Automotive is working hard on pricing and specs.