The Tesla truck is due to be unveiled soon, and just days after it was spotted in the wild in California, Photoshop wizard Jan Piesert has given us the clearest indication yet of how it could look. 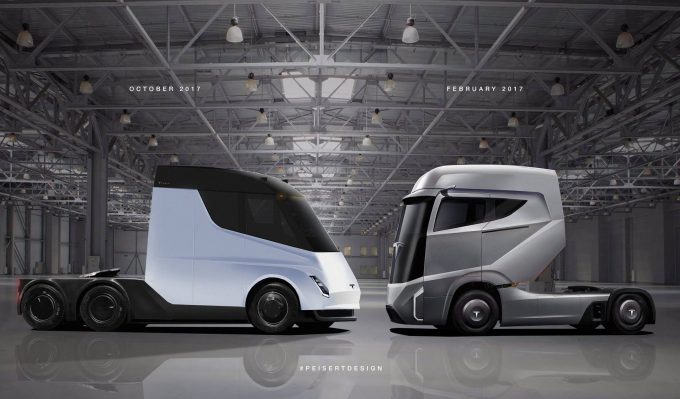 Piesert had a go earlier this year at predicting the design of the upcoming Tesla truck and has included it in images for juxtaposition to the new rendering. Compared with Piesert’s February effort, the truck, as photographed last week (linked above), has a sleeker, more raked front end, with a light treatment vaguely reminiscent of Tesla’s passenger car range. The side door sits behind the front axle line rather than in front of, as speculated by Jan’s previous rendering. 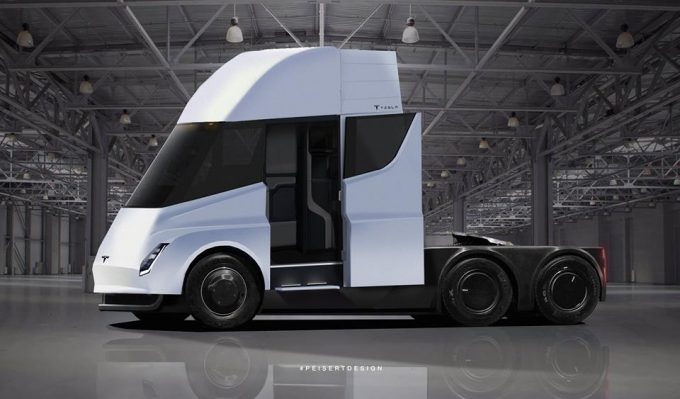 The Tesla truck was originally scheduled for a September unveiling but the company is dealing with production issues for the Model 3, which is not going according to plan. According to a tweet by Elon Musk, the new unveiling date is November 16. Specifically, the date change is “to fix Model 3 bottlenecks & increase battery production for Puerto Rico & other affected areas,” Musk said.

In the meantime, check out the video below to see how Jan Piesert worked his magic to come up with a production-ready Tesla semi truck.