An autonomous city car intended for production has been showcased at the NVIDIA GPU conference in Munich, Germany, called the StreetDrone ONE. 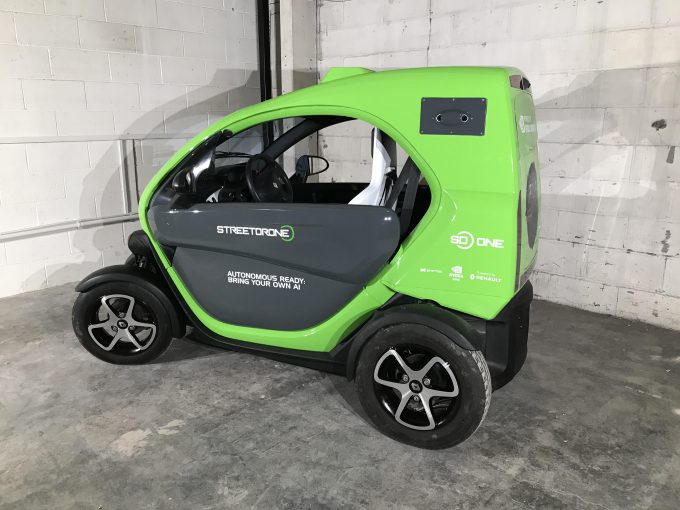 The Oxford, United Kingdom based company StreetDrone consists of ex Formula One team principal and CEO Mark Preston and many other high-level engineers formerly involved with the sport. The StreetDrone ONE appears to be based on a Renault Twizy, as evidenced by the body, doors and even the Renault badge on the steering wheel.

Consisting of 6 HD cameras, a 4G network and NVIDIA chips and CPUs, the StreetDrone ONE is presently a testbed for students to gather data and accelerate the advent of autonomous vehicle technology. CEO Preston said :

“We’re using F1 technology to gain new insights into how we can make autonomous cars safer, more efficient and more reliable, while putting them to the test in real-world conditions on the roads.”

“This is a very fragmented marketplace and we’re trying to build a suite of standardised tools so that technology companies can meet the
growing demand for autonomous products. This is a new but very lucrative industry, and StreetDrone ONE can help get new products to market faster.”