A report from out affiliate site, Driving Enthusiast has potentially revealed plans for a twin-turbo V6 powered version of the next-generation Lexus IS compact premium sedan. 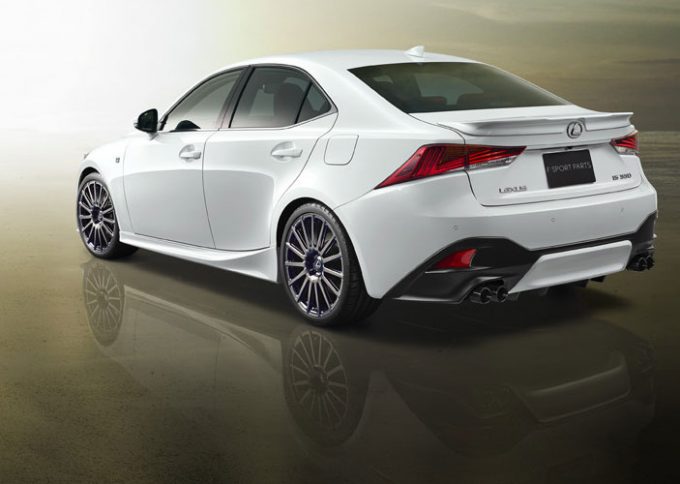 According to the rumour, the 2020 Lexus IS – which is due for a redesign at the beginning of next decade- could be getting the V35A-FTS engine which debuted in the LS 500 earlier this year. It develops 310kW at 6000rpm and there is a very muscular 600Nm of torque at play from as low as 1600rpm, all the way up to 4800. To achieve this, it uses a high compression ratio of 10.5:1 as well as direct and port fuel injection technology. These outputs put it on par with the BMW M3-rivalling IS F, but with substantially more torque. It might be badged IS 500 F Sport in accordance with its power output and market positioning.

This would give the car a direct rival to the BMW 340i, Mercedes-AMG C43, Infiniti Q50 Red Sport and Genesis G70 3.3TT. To put that into perspective, the most powerful version of the IS currently available is the IS 350, that develops 233kW from its 2GR-FSE V6 engine.

The next-gen IS has been in development since 2015, according to a post on LexusEnthusiast Forum, which also suggests the project is codenamed ‘400A’ and should be ready by 2020. It is most likely to use the GA-L variant of Toyota’s New Global Architecture (TNGA) that underpins the Lexus LS, LC and the 2018 Toyota Crown.

Lexus is really up against it to maintain market share in this segment, with a new BMW 3 Series due next year and the migration to SUVs, which has resulted in Lexus concentrating more on the ES, while potentially cancelling the rear-wheel drive GS.

Other expectations for the new IS range include a new hybrid that will undoubtedly improve on today’s 4.9L/100km figure of the IS 300h. Plug-in or EV models are also a distinct possibility. Whatever happens, Lexus will want to ensure the IS maintains its reputation as a fun-to-drive car with superb build quality.