In the latest round of crash testing ANCAP has awarded the highly-anticipated Range Rover Velar the full 5-star safety rating. This should go down well with prospective buyers who are considering the luxury SUV as their next family car. 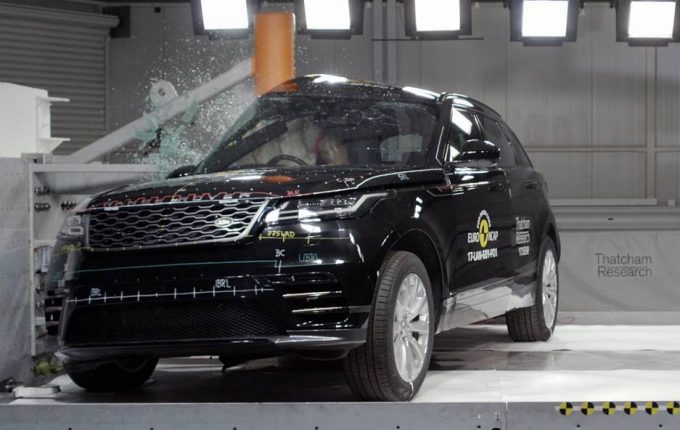 The new Range Rover Velar is Land Rover’s latest SUV, slotting in between the Evoque and the Range Rover Sport. Interestingly, the smaller Evoque has only ever achieved a four-star ANCAP rating. For the Velar, ANCAP says the SUV scored highly across all areas of assessment. ANCAP CEO James Goodwin said:

“The Velar arrives to our market with strong all-round safety performance resulting in a 5 star ANCAP safety rating. Autonomous emergency braking is provided as a standard feature on the Velar, and it operates effectively at high and low-speeds, and can detect and react to pedestrians.”

In the crash tests, the Velar received a score of “Good” for occupant protection in the side-impact test, and the oblique pole test which is designed to replicate a run-off road incident resulting in the driver’s head striking a tree or pole.

Top points were also awarded for adult protection, and child occupant safety also received “Good” standing. About the only area the Velar suffered slightly was during the full-width front crash test which saw rear-seat occupants receive a score of “Marginal” for the chest area.

The Range Rover Velar is regarded as one of the most beautiful SUVs on the market at the moment, with a stunning ‘chop-top’ design with a low profile roofline. Being a Land Rover though it’s also packed with some clever driving modes and in-car entertainment features.